What to expect from the televised Trump impeachment hearings this week 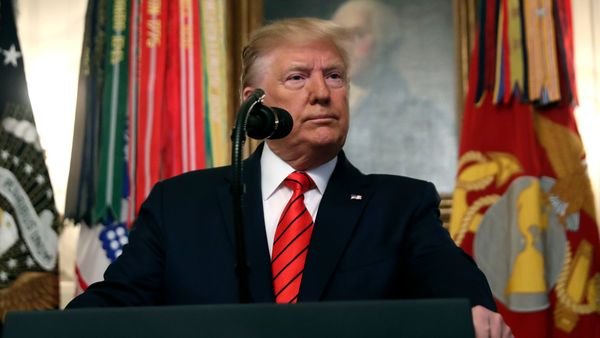 US Democrats launch the public phase of their impeachment inquiry into President Donald Trump this week, with open, televised hearings set for Wednesday and Friday in the House of Representatives.

Since launching their inquiry on September 24 into allegations that Trump abused his office for personal political gain, lawmakers in the Democratic-run House of Representatives have been holding hearings with current and former officials behind closed doors.

Now, they are taking their case for impeachment to the American public.

Here is what to expect from the hearings:

Why are Democrats holding these hearings?

Democrats want to build a strong public case that Trump abused his presidential powers by pressuring Ukraine to launch corruption investigations involving the son of former vice president Joe Biden, who is vying to be the Democratic nominee to run against Trump in the 2020 presidential elections.

Democrats want the broadest possible public support should they choose to formally impeach Trump, which could happen by December.

Any trial would take place in the Senate, which is controlled by Trump’s Republican Party.

Televised hearings will “be an opportunity for the American people to evaluate the witnesses for themselves,” House Intelligence Committee Chairman Adam Schiff has said.

Democrats want to present evidence that Trump’s officials delayed security aid to Kiev and, with the help of Trump’s personal lawyer, Rudy Giuliani, used the lure of a possible White House meeting with Ukrainian President Volodymyr Zelenskiy to try to get Ukrainian compliance with Trump’s demands.

Trump has denied doing anything wrong.

How do Democrats plan to make their case?

Democrats have invited three diplomats who have previously testified behind closed doors to recount what they knew or heard about Trump and Giuliani’s dealings with Ukraine. These witnesses will be questioned by committee staff attorneys as well as lawmakers including Schiff and the senior Republican on the committee, Devin Nunes.

The Democrats will ask the diplomats to discuss their understanding of events before and after a July 25 phone call between Trump and Zelenskiy.

According to a rough White House transcript of that call, Trump pressed Zelenskiy to investigate an unsubstantiated conspiracy theory involving the 2016 election and a Democratic Party computer server, as well as a Ukrainian energy company in which Hunter Biden (son of Joe Biden) had been a board member.

Democrats are also expected to try to use the hearings to show Trump obstructed Congress — the basis of another possible article of impeachment — by detailing how he has blocked some witnesses from appearing and otherwise refused to cooperate with their probe.

The White House has called the inquiry partisan and illegitimate as a basis for not cooperating.

Trump has complained bitterly on Twitter that the process does not allow him to be represented in the intelligence committee. “I get NO LAWYER & NO DUE PROCESS,” he wrote in one tweet.

However, Trump and/or his lawyer would be allowed to attend later hearings before the House Judiciary Committee, which will debate what, if any, articles of impeachment should be filed and sent to the floor for a vote.

Who are the witnesses?

William Taylor, a top US diplomat in Ukraine, is considered a critical witness to the case against Trump.

Taylor was upset to find out that security aid to Ukraine, as well as a White House meeting between Trump and Zelenskiy, had been delayed for political reasons. “It’s crazy to withhold security assistance for help with a political campaign,” Taylor wrote earlier this year in a text message released by House investigators.

Another senior US diplomat, George Kent, will appear with Taylor at Wednesday’s hearing.

Kent said in closed-door testimony that he had been alarmed by efforts by Giuliani and others to pressure Ukraine to accede to Trump’s demands.

Former US ambassador to Ukraine Marie Yovanovitch will testify on Friday. She has said she was ousted from her post after she came under attack by Giuliani, whose associates “may well have believed that their personal financial ambitions were stymied by our anti-corruption policy in Ukraine.”

Republicans have requested their own witnesses, including Biden’s son and the whistleblower whose complaint triggered the impeachment inquiry into Trump.

Democrats can veto Republicans’ witnesses and Schiff suggested he may do so, saying he did not want the hearings to become an investigation of the Bidens or to facilitate retaliation against the whistleblower.

How do Republicans plan to respond?

Republicans have painted the Democratic-led inquiry as a partisan exercise, with Nunes saying the Democrats were pursuing a “sham impeachment process” that has mistreated Trump. They will seek to provide a different narrative for the millions of Americans expected to watch the hearings, minimising Trump’s role in events and attempting to cast doubt on witness testimony.

On Friday, Republicans said that Representative Jim Jordan, one of Trump’s most aggressive and tenacious defenders, would move to the Intelligence Committee for the public hearings phase of the inquiry.

Republicans are already attacking the Democratic witnesses, saying that Yovanovitch’s recall as ambassador was a side issue, and that other witnesses’ knowledge of key events was largely third-hand.

“He (William Taylor) is admitting that he had no first-hand or second-hand knowledge of any of the developments,” one Republican party official told Reuters. “Yet Democrats are presenting him as their star witness for this whole endeavour to impeach the president.”

Republicans can also be expected to argue that Ukrainian officials did not feel pressured because they did not even know the $391 million in security aid had been held up at the time Trump asked them last July for a “favour.”

They have also emphasised that the Ukrainians never announced the investigations Trump wanted and that Zelenskiy said he did not feel “pushed” by Trump.

Some Republicans may also follow the lead of Republican Representative Michael Turner, a member of the Intelligence Committee who said in September that Trump’s telephone conversation with Zelenskiy was “not OK,” but impeachment would be an “assault” on the electorate.