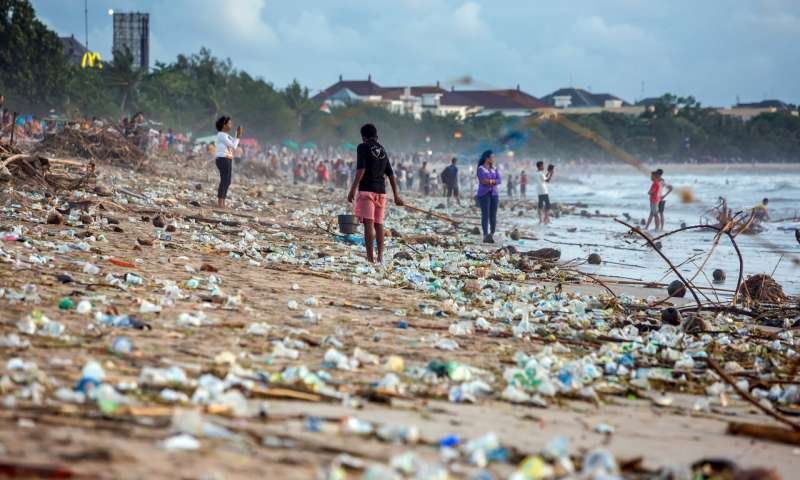 Southeast Asia is a major contributor to land-based plastic waste leaking into the world’s oceans, with more than half of it coming from four nations – Indonesia, the Philippines, Vietnam and Thailand – along with China, the top single polluter.

Many countries in the region struggle with poor waste sorting and disposal systems and their growth in population and explosive demand for consumer products mean more single-use plastic ends up in landfill or leaks into the environment.

“Southeast Asia is a primary source and victim of plastic, where it is choking seas and threatening ecosystems and livelihoods,” said Kakuko Nagatani-Yoshida, UNEP’s Regional Coordinator for Chemicals and Waste.

“If we want to solve the marine litter problem globally, we have to solve it in this region.”

Worldwide, around eight million tonnes of plastic are dumped into the ocean every year, killing marine life and entering the human food chain, according to previously published UNEP data.

Whales and sea turtles have been found dead in the region in recent years with large amounts of plastic rubbish in their stomachs.

In June, leaders of the Association of Southeast Asian Nations (ASEAN) adopted a declaration to combat marine debris, a move commended by environmentalists as a good first step.

But whether the declaration will be implemented is questionable given that ASEAN has a code of non-interference in member states that would leave necessary policy-making in the hands of individual countries.

Some governments in Southeast Asia have already introduced broad plans and timelines to reduce their plastic addiction.

Between now and 2025, Thailand plans to ban seven types of plastics most commonly found in the ocean such as bottle cap seals, disposable bags, cups and straws.

This week, the Thai cabinet approved a ban on plastic bags at supermarkets and department stores belonging to 43 companies, starting on Jan. 1, 2020.

The government said the policy was expected to save 45 billion single-use plastic bags per year, or 225,000 tonnes, from incineration or landfill.