Getting stronger or plunging into chaos – will the European Parliament make a genuine political force within the EU? 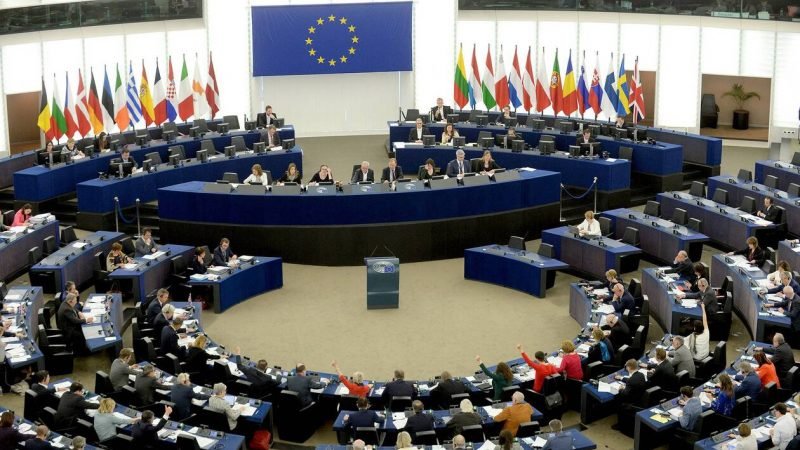 The approval of the make-up of the European Commission is stalling – quite unexpectedly for most politicians and experts in Europe. In October, members of the European Parliament (EP) rejected three candidates for the Commission who had been put forward by its new Chairperson, Ursula von der Leyen. Approval was denied to representatives of France, Romania and Hungary. The official reason in all cases is “conflict of interests”. What happened will “only” delay the coming into power of the new European Commission, most likely, until December 1. A number of EU states have been expressing concern over an ever-increasing politicization” of the EP. According to observers, this marks the beginning of a new wave of the struggle for the redistribution of power within the EU’s governing bodies, which will have long-term consequences.

The elections to the EP held in May this year put an end to the dominance of two large factions – Christian Democrats and Social Democrats, who maintained leading positions in this structure for several decades. The trend towards fragmentation of the EP’s deputy pool persisted. After representatives of the left-wing and centre-right parties lost the majority, smaller factions and groups came to the fore. Given the situation, skeptics predict a greater risk of the European parties returning to the “confrontational model”, which is fraught with a further decrease in the efficiency of legislative effort, a decline in the ability of the All-European legislative organ to take quick decisions and a set of difficulties in floating long-term, strategic initiatives without losing their essence.

Despite the fact that parties that support a further political integration within the EU retain the majority in the European Parliament, there have been important changes in the balance of power among the leading factions – their political “weight” was levelled. Such an alignment of forces is set to intensify frictions while tackling priority issues on the European agenda. For years, coalition agendas within the European Parliament have been formed not on the basis of long-term political programs, but solely with a view to obtaining a situational majority. Nevertheless, supporters of the pro-European parties expect their self-organization and cooperation to be enhanced by the further promotion of the practice of appointing candidates from major European parliamentary factions to key positions in the EU’s governing bodies – the so-called practice of “leading candidates” (Spitzenkandidaten).

For 20 years, the European Parliament “has been promoting the idea of ordinary people participating in the selection of the head of the EC – the executive branch of the EU,” – Natalia Kondratyeva of the Institute of Europe, Russian Academy of Sciences, says. The procedure was first put into practice in 2014. Until the announcement of the outcome of the May elections, statements were made about a “firm intention” to continue this practice in the new political cycle. After the May elections, representatives of leading parties that won seats in the EP remained optimistic about the viability of the “leading candidates” procedure. However, political strategists were quick to suggest forming a sustainable coalition in the EP under the new conditions [i]. Taking advantage of the situation, some heads of the executive power in the EU member states tried to minimize the participation of European deputies in the process of forming the governing bodies of the Community. As a result, none of the “leading candidates” received any posts in the EU executive bodies.

Paradoxically, this behind-the-scenes bargaining over the candidacy of the new head of the European Commission, which resulted in the de facto removal of the EU legislative body from the decision-making process, has led to an increase in the political influence of the EP. For a start, the badly hurt European MPs supported the candidacy of the new President of the European Commission, Ursula von der Leyen, approved without their participation, with a minimum majority of just over 51 percent of the vote (383 votes out of 747 attending the meeting [ii]). As of this autumn, the European Parliament has been demonstrating an unequivocal desire to boost its role, to strengthen the system of checks and offsets, which the EU citizens explicitly voted for in May.

Experts recall that von der Leyen won by a narrow margin this and that the “insignificant majority” she received is of a “very fragmented” nature. Therefore, we cannot completely exclude such a development of events in which the European Parliament may dismiss the proposed composition of the EC altogether. In late October, a senior European diplomat, speaking on condition of anonymity, remarked that a refusal of parliamentarians to give credit to the future composition of the European Commission “would be a crisis of enormous proportions.” Meanwhile,  President of the European Parliament Sassoli believes that the current situation indicates the responsible attitude of deputies towards the composition of the executive bodies of the European Community and speaks of their position in principal on procedural matters. [Iii]

A few days later, the European Parliament added fuel to the flames of disagreement between the legislative and executive branches of the European Union, by expressing almost unanimous condemnation of the decision of the EU Council to postpone the beginning of negotiations on granting membership in the Community to Albania and Northern Macedonia. Manfred Weber, head of the European People’s Party faction and a former top candidate for the post of head of the European Commission, described the decision of the EU Council as a “slap in the face” of applicants “which ruins the credibility” of the Community. A representative of the second-largest faction, the Social Democrats, Brando Benifey, expressed “profound disappointment.” Co-chairman of the green faction, Philip Lamberts, has referred to the decision as “a signal of great concern.” Speaker Sassoli voiced the almost unanimous opinion of the European deputies, urging the leadership of the EU states who opposed new negotiations on the expansion of the Union, first of all, France, to reconsider their position. [iv]

Meanwhile, Europe is in for more heated debates over the parameters of the EU’s common budget.

In such conditions, the most likely outcome is compromise and half-measures in decision-making, which is fraught with further political disorganization of the EU and its fragmentation on the national and regional principles. In addition, as The Economist writes, further fragmentation of the EP’s deputy corps means that none of the leading EU countries boasts “levers” of political influence on the decision-making process. Even President of France, Emmanuel Macron, and von der Leyen herself, a representative of another leading EU country, Germany, do not have them. At present, Macron acts as a leading EU politician and enjoys tremendous influence among leaders of member countries.

However, as the recent events demonstrate, his months-long efforts which were aimed, at first, at expanding the liberal faction in the EP, and then at boosting its influence among the deputies, have not yielded much fruit. As for von der Leyen, her formal reliance on the European People’s Party (EPP), which still maintains its positions as the largest faction in the EP, was substantially undermined by the political humiliation it experienced as a result of its de factor exclusion from the process of approving the candidacy of the former defence minister of Germany to the post of head of the EC. As a result, von der Leyen is not deemed “our kind” among EPP deputies.

All this affects, first of all, the German “tandem” with France, which is already brimming with numerous differences and compromises. In the meantime, the growing frictions within the EU do not simply reflect the “growth of nationalist sentiment”. The EU is still balancing on the verge of transition to a ‘two-speed Europe’ model. This spring, Macron came up with several dozen initiatives and measures to push the EU towards “European sovereignty”, and promote democracy and trust. [v] Germany, in turn, spoke in favour of creating within the EU, after the exit of Britain, “five” leading countries, which would embrace Germany, France, Italy, Spain and Poland and could take “part in the management of the European Union directly.”

As it happens, the reverse side of the much-cherished changes is the strengthening of the political system within the EU. EU citizens are increasingly dissatisfied, on the one hand, with the chronic “deficit of democratic control”, the striving of politicians to gain more power, including at the supranational level while avoiding their greater accountability to voters. On the other hand, a policy that is gaining strength among the traditional establishment is to “compromise for short-term alliances”, even at the cost of a permanent struggle for power between institutions.

The current composition of the European Parliament fully reflects the mood of Europeans. Centralization of Europe will bring back the political struggle, which seemed to have become a relic of the past for many parties in the traditional establishment, will trigger a clash of ideas, greater independence of European deputies, so unwelcome for many national leaders. All these vividly reflect the trends in the current European policy which is becoming more and more factional and “diverse”.

As a result, the situation is becoming less and less manageable due to the growing number of EU member states, and, consequently, the diversity of political interests represented in the community. Consensus, so indispensable for a common policy, is becoming increasingly illusory. The time of “sustained” and even “flexible” alliances within the EU is over. Coalitions have become not just situational – they are increasingly spontaneous, which threatens to paralyze the political institutions within the Community.

This article was originally published at the International Affairs Journal – Russia

[ii] Given the votes of deputies from the UK.

Andrei Kadomtsev is an Analyst at the International Affairs Journal - Russia