New Asian trade deal to be signed in 2020 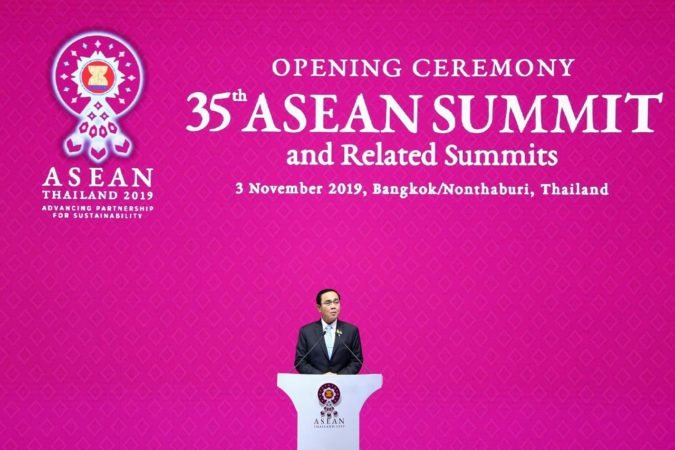 Thailand said on Sunday that Southeast Asian nations are committed to signing a pact by February 2020 on forging what could become the world’s largest trade bloc, even after new demands by India dealt a blow to the process backed by China.

Going into this weekend’s summit of the Association of Southeast Asian Nations (ASEAN) in Bangkok there had been hopes of finalizing negotiations this year on the 16-nation Regional Comprehensive Economic Partnership (RCEP).

But the ASEAN chairman’s final statement released on Sunday night said the 10-nation grouping welcomed a “commitment to sign the RCEP Agreement in 2020”.

“This will significantly contribute to an open, inclusive and rules-based international trading system and expansion of value chains.”

New impetus to reach an agreement has come from the U.S.-China trade war, which has helped knock regional economic growth to its lowest in five years.

But Indian Prime Minister Narendra Modi did not even mention the RCEP talks in opening remarks at a meeting with Southeast Asian leaders and instead spoke only of reviewing the existing trade agreement between ASEAN and India.

Nor did Modi mention the trade bloc, whose 16 countries would account for a third of global gross domestic product and nearly half the world’s population, in Twitter posts after meeting Thai and Indonesian leaders.

Southeast Asian countries had hoped at least a provisional agreement could be announced on Monday.

But India has been worried about a potential flood of Chinese imports. A person with knowledge of New Delhi’s negotiations said new demands were made last week “which are difficult to meet.”