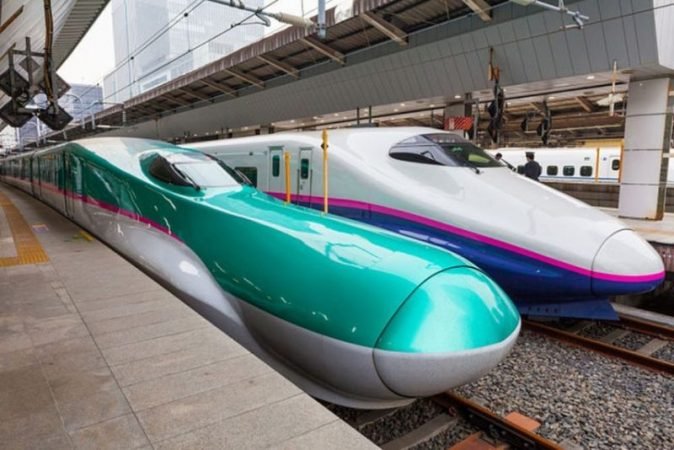 India and Japan both are economically complementary to each other. When we analyse the dedicated space of technology, the 21st century comes as a blessing to roll over IT &ITeS based tech expansion. Japan is one of the key countries in the world which is using Regional Rapid Transit System (RRTS) system from decades ago and mastered in it for civil and export spaces.

India is one of the importers of Japan’s RRTS system and decides to develop at least seven transit routes domestically with the Japanese technology. The first one is expected to be operational in next one year and the second in 2025. The benefit of semi high-speed public transport in vast landscape countries like India that it will provide frequent hassle-free movement across the region in a very limited timeframe. Also, the operational efficiency by tackling SDG norms for Asian quotas can be shared and contained with the new phase of bilateral cooperation between these two evolved democracies.

In the 21st century, both countries evolved in a new shape under new world order of interconnected lanes of communication in approximately every sector i.e. expanding from the IT revolution. Transportation is one of the key sectors which plays a very dominating role in co-benefits of availed countries. India hugely benefitted by the new razor edge technological instrument of travelling and Japan got another opportunity to expand its footprint in India by creating a market of potential for more than a century to develop infrastructure. Shinkansen used ETCS Level-2 signalling which can resolve India’s long-standing problem of crashes and hefty accidents of Indian railways.

‘New India’ needs a prudent, frequent, accurate and sustainable means of transport in both passenger and freight rolling stocks. The High-Speed Rail Corporation of India Limited (HSRCIL) was created to achieve the long-standing demand for the frequent yet safe travel experience. In lieu of slow sluggish Indian railway journey experiences, HSRCIL provides a swift and hassle-free experience through automation and digitalization of maximum human-controlled systems used in operations.

Japanese outreach and promulgation of Shinkansen network in India via E5 model manufactured by Hitachi consortium and Kawasaki Heavy Industries which is in operations in Japan from 2011. It is tested for up to 400kmpl but its top speed fixed at 320 kmpl for passenger and environmental comfort. A new GranClassbogies are also added for premium business class experience in the Indian version of Shinkansen.

In India, after completion of 80% of work on the Ahmedabad-Mumbai corridor, the Ministry of Railways started a feasibility survey on its second route i.e.Varanasi – Delhi rail corridor of 865 km. with an estimated cost of INR 1.7 Lakh Crore ($22.75 Billion). This project will connect densely populated cities like Mathura, Agra, Lucknow, Ayodhya, Prayagraj, Bhadohi. The draft proposal planned to build this corridor between the year 2026-2030. The adoption of global technologies will impact local needs under the vision of self-reliance will push indigenous engineering, construction, manufacturing to enhanced levels.

International Union of Railways conducted a study on CO2emissions by modes of transport where it is found that High Speed Railway systems emits 8.32 times less carbon than car travel and 11.48 times less than aviation travel. India’s carbon footprint grew with the industries intensive economy being made. To shrink it, in the future, HSR trains are viable and sustained version to ensure climate mitigation efforts and reduce carbon emission in the transportation sector.

It also reduces the impact of construction on the environment viz a viz preserving wildlife by minimal intervention and keep natural habitat intact. The clause of natural passage in NHSRCL draft gives oxygen to the wildlife through tunneling mechanism. Special arrangements for eco-sensitive zones is an additive advantage.

Intensification of outreach in neighbouring states is also an aim of Japan to target in the next decade, in which India will play the role of quasi-producer of these technologies. The expertise sharing, manufacturing of key components, export of requisite materials and human resource training are the key sectors where India can firmly develop there.

It will foster cutting edge collaborative research in India with the help of Japanese engineers and researchers as Indian academia and industry need leverage in domain knowledge for understanding of core research of new technologies.

Cycle efficiency is one of the very important factors where Japan has mastered in Shinkansen. It is a round trip efficiency index where all the parameters were considered for to & fro travel. Indian railways stood at a low-efficiency level (under 60%) and Japanese railways at a very high-efficiency level (more than 90%). By upgrading existing features in travelling, we can grow hand in hand with multiple benefits.

India and Japan bilateral relations are growing heavily on the onus of technological import and co-operation from 2015 onwards. Japan is extending its ODA heavily in South Asian countries focusing on India. The creation of infrastructure through economic relationship is the newer concept under New World Order but it is not a well-established sustained model of growth. Scottish economist Adam Smith in the late 18th century already cautioned us through the ‘causes of wealth generation’ principle, to look after pioneering ideas of cooperation. India is debiting infra loans heavily from an exchequer which is providing it on 2% rate, but in reciprocation India is sharing its market openly. Security of infrastructure from external dangers are in our hand but we have to eagerly learn precautioning from internal hefts.

Japan is the key ally in the region and we won’t have any other prudent option left in the near region. We have to form a parity in relations to maintain trade balance and ODA assistance in near future. Developing technologies domestically under technology transfer protocol through ‘Atmanirbhar Bharat’ is to be focused in the next five year arduously. In addition to that how to develop and activate human exchange between India and Japan is an important issue to be addressed ASAP.

Shinkansen is considered as a symbol of achievement after strategic and Global Partnership between these two nations. Its expansion and sustenance under the domestic framework have to be ensured by local means. It is very necessary that HSR tech will remain indispensable for nearly half of the century in India with required up-gradation like Japan did with the N700 series in Kyushu. The Indian government has to ensure that the sequential up-gradation of existing railway infrastructure must grow with Japanese assistance with minimal import fundamentals.