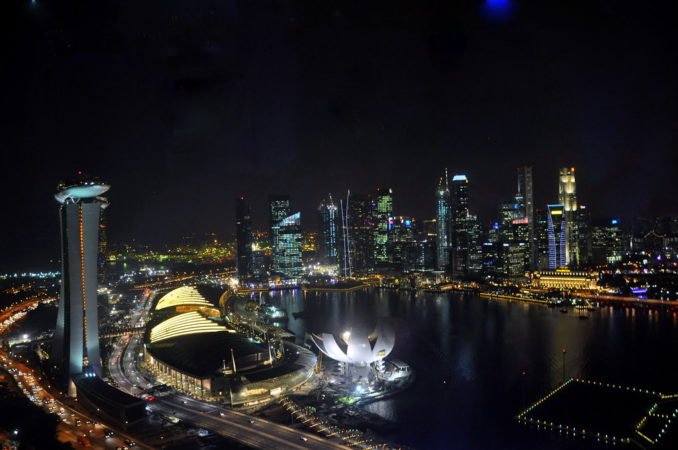 In 1820, Asia accounted for two-thirds of the world’s population and more than one-half of global income. The subsequent decline of Asia was attributed to its integration with a world economy shaped by colonialism and driven by imperialism.

By the late 1960s, Asia was the poorest continent in the world when it came to income levels, marginal except for its large population. Its social indicators of development, among the worst anywhere, epitomised its underdevelopment. The deep pessimism about Asia’s economic prospects, voiced by the Swedish economist Gunnar Myrdal in his 1968 book Asian Drama, was widespread at the time.

In the half-century since then, Asia has witnessed a profound transformation in terms of the economic progress of its nations and the living conditions of its people. By 2016, as my analysis of UN data shows, it accounted for 30% of world income, 40% of world manufacturing, and over one-third of world trade, while its income per capita converged towards the world average.

This transformation was unequal across countries and between people. Even so, predicting it would have required an imagination run wild. Asia’s economic transformation in this short time-span is almost unprecedented in history. My new book, Resurgent Asia, looks at this phenomenal change.

Given the size and the diversity of the Asian continent, looking at the region as a whole is not always appropriate. So in my research, I’ve disaggregated Asia into its four constituent sub-regions – East, South-East, South and West Asia – and further into 14 selected countries described as the Asian-14. These are China, South Korea and Taiwan in East Asia; Indonesia, Malaysia, Philippines, Singapore, Thailand and Vietnam in South-East Asia; Bangladesh, India, Pakistan, and Sri Lanka in South Asia; and Turkey in West Asia. These countries account for more than four-fifths of the population and income of the continent. Japan is not included in the study because it is a high-income country in Asia, and was already industrialised 50 years ago.

It’s essential to recognise the diversity of Asia. There have been marked differences between countries in geographical size, embedded histories, colonial legacies, nationalist movements, initial conditions, natural resource endowments, population size, income levels and political systems. The reliance on markets and the degree of openness of economies have varied greatly across countries and over time.

Across Asia, politics has also ranged widely from authoritarian regimes or oligarchies to political democracies. So did ideologies, from communism, to state capitalism and capitalism. Development outcomes differed across space and over time too. There were different paths to development because there were no universal solutions, magic wands, or silver bullets.

Despite such diversity, there are common discernible patterns. Economic growth drove development. Growth rates of GDP and GDP per capita in Asia have been stunning and far higher than elsewhere in the world.

Rising investment and savings rates combined with the spread of education were the underlying factors. Growth was driven by rapid industrialisation, often led by exports and linked with changes in the composition of output and employment. It was supported by coordinated economic policies, unorthodox wherever and whenever necessary, across sectors and over time.

Rising per capita incomes transformed social indicators of development, as literacy rates and life expectancy rose everywhere. There was also a massive reduction in absolute poverty. But the scale of absolute poverty that persists, despite unprecedented growth, is just as striking as the sharp reduction of poverty that happened between 1984 and 2012, according to data from the World Bank.

The poverty reduction could have been much greater but for the rising inequality. Inequality between people within countries rose almost everywhere, except for South Korea and Taiwan. Yet the gap between the richest and poorest countries in Asia remains awesome and the ratio of GDP per capita in the richest and poorest country in Asia was more than 100:1 in both 1970 and 2016.

The role of governments

Economic openness has performed a critical supportive role in Asian development, wherever it was in the form of strategic integration with the world economy, rather than passive insertion into it. For example, trade policy was liberal for exports but restrictive for imports. Government policies towards foreign investment have been shaped by the industrial policy in the pursuit of national development objectives. While openness was necessary for successful industrialisation, it was not sufficient and facilitated industrialisation only when combined with industrial policy.

In the half-century economic transformation of Asia, governments performed a vital role, ranging from leader to catalyst or supporter. Success at development in Asia was about managing this evolving relationship between states and markets, by finding the right balance in their respective roles that also changed over time.

The developmental states in South Korea, Taiwan and Singapore coordinated policies across sectors overtime in pursuit of national development objectives, using carrot-and-stick policy to implement their agenda, and were able to become industrialised nations in just 50 years. China emulated these developmental states with much success, and Vietnam followed on the same path two decades later, as both countries have strong one-party communist governments that could coordinate and implement policies.

It is not possible to replicate these states elsewhere in Asia. But other countries, such as India, Indonesia, Malaysia, Thailand, Bangladesh and Turkey, did manage to evolve some institutional arrangements, even if less effective, that was conducive to industrialisation and development. In some of these countries, the checks and balances of political democracies were crucial to making governments more orientated towards development and people-friendly.

The rise of Asia represents the beginnings of a shift in the balance of economic power in the world and some erosion in the political dominance of the West. The future will be shaped partly by how Asia exploits the opportunities and meets the challenges and partly by how the difficult economic and political conjuncture in the world unfolds.

Yet it’s plausible to suggest that by around 2050, a century after the end of colonial rule, Asia will account for more than one-half of world income and will be home to more than half of the people on earth. It will have an economic and political significance in the world that would have been difficult to imagine 50 years ago, even if it was the reality in 1820.

Deepak Nayyar is an Emeritus Professor of Economics at Jawaharlal Nehru University and Honorary Fellow at Balliol College, University of Oxford