“Transparent War” against ghosts of war 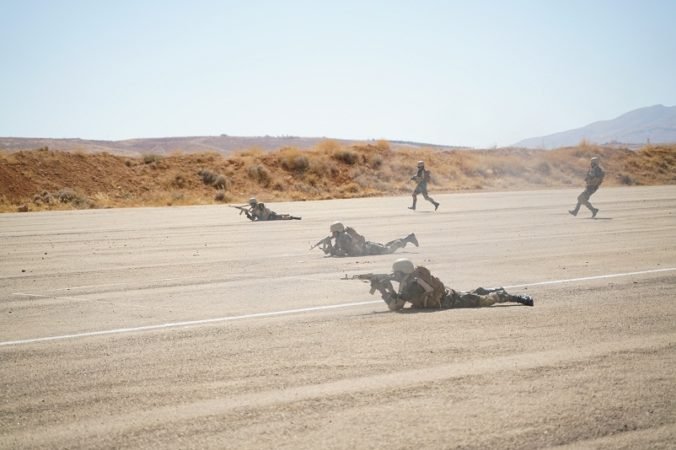 Our technologically advanced and progressive world is literally overwhelmed by daily flows, or rather avalanches, of information. We are swimming into a sea of fakes, so hard to resist, moving further away from the shore every day. In the “golden age” of misinformation truth, especially about war, based on facts, is the only possible “lifeline” to cling to.

The essence of the unprecedented, even a bit off-putting, concept of “Transparent War” proposed by the Russian defence ministry in 2017 is that journalists from NATO and EU countries are able to visit Syria and see with their own eyes everything that is happening there, at all times enjoying maximum security. General Igor Konashenkov, who heads the ministry’s department of information and mass communications, personally accompanies such groups, providing comments and answering all questions pertaining to Syria.

They had visited well-fortified military bases, saw the Syrian army reorganized with Russian assistance, parts of the country, liberated from jihadists, humanitarian centres, and observed the Syrian people’s return to a peaceful life. The most classified things, like the faces of officers and soldiers, photos of military equipment used in the conflict, as well as the everyday life of military personnel are now available for photo and video coverage.

During their press tour, the journalists met with Syrian officials and chatted with civilians in marketplaces and in city streets to hear what ordinary Syrians talks about. Most of the people they interviewed said they hate the Islamic State, spoke about their dead relatives, about poverty and destruction and also about their heartfelt gratitude to the Russians, who helped restore peaceful life in Syria.

The government of Syrian President Bashar Assad’s is working hard to provide maximum help to those who are returning to their abandoned homes to resume the life they enjoyed before the war broke out in 2011. Even though the government’s resources are pretty much strained, with the assistance given it by the Russian state and business organizations, Damascus is putting the country’s war-ravaged industry back on track. In parts of the country, which for so many years had been the site of fierce battles, street markets, shops and cafes have reopened. People can now order a taxi and, even more importantly, to live without the risk of coming under fire – a real blessing for people who have spent the past few years in the maelstrom of a civil war.

And still, the war has deprived people not only of the houses they lived in but also of their jobs. Without serious investments, it will be really hard to bring the country back to its pre-war state. Poverty is a big hurdle on the way of the Syrian refugees’ return home because they have neither work nor a place to live, they have lost everything. To bring them back the country needs serious investments and peace – this is what government officials in Damascus emphasize. A month ago the first serious European investor came forward bringing an international hotel chain back to Syria. This isn’t enough, however, as the war-scarred country needs lasting peace and a transparent world.

Unfortunately, there are other countries in Syria, which are pursuing their own interests there. Therefore, one of the most important goals of the concept of “transparent war” is to make sure that those interested in destabilizing the situation in Syria and supporting terrorists have fewer opportunities to at least use the media for this purpose and generate all kinds of fakes and “ghosts” to mislead the world. The conditions for achieving these goals are already there: just come to Syria and see with your own eyes. The question is, however, whether Western journalists are ready to face the facts and, most importantly, to honestly speak about them. Are they still able to be open, honest, free and independent in the best traditions of democratic values?

Link to more photos: Click here to view it in your Google Drive

*Disclaimer* The Photos are sent by the Author and The Kootneeti claims no responsibility for its transparency.