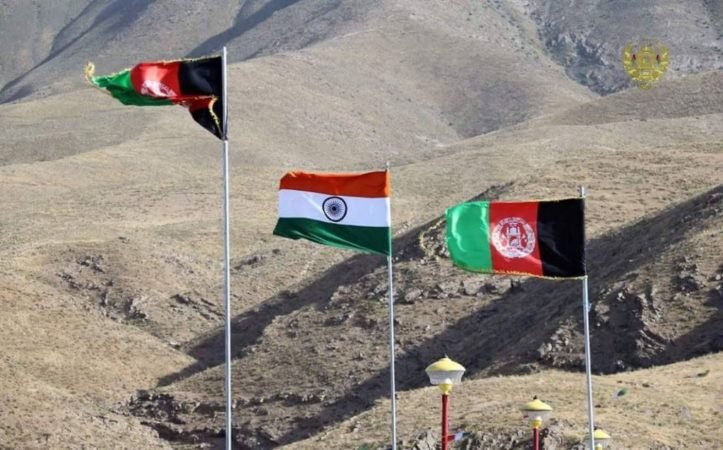 Afghanistan, a kryptonite in India’s central Asia Policy, after decades of economic stagnancy, has started to stroll back on the path of development amidst the perennial impediments of insecurity, insurgency, and corruption. The establishment of infrastructural connectivity to reach the regional and international markets, since the ascendance of Ashraf Ghani to power in 2014, is promising, not only for the stature of Afghanistan but also, for regional connectivity. Afghanistan, contrary to its popular perception as an “Achilles Heel”, will be playing a seminal role in Indian policies towards Central Asia.

The grown geopolitical and geostrategic stature of Central Asia has forced the policymakers in Delhi power corridors, a penitent of its apathy towards Central Asia, have constantly been striving to recalibrate its Central Asia policy to ensure maximization of its interests and stronger foothold in the ongoing strategic competition for access to the abundant natural resources. The policymakers of India have been experimenting with different policy schemes, ranging from the “Look North Policy” to the “Look South Policy” and the ultimate framework of “Connect Central Asia Policy”.

However, it should be noted that the success of Indian Policies in Central Asia greatly, if not completely, depends on Afghanistan which has been torn apart by conflicts for the past four decades. When we analyze the Indian policies towards Central Asia, analysts in general and Indians in particular realize that for the most aspects of these policy frameworks, throughout the years, India has been successful in achieving what they have always desired: Indian culture has extensively penetrated the Central Asian region and has greater resemblance to the local culture due to the historical-cultural connectivity. The Indian cinema is the leading tool for Indian policymakers to shape public opinion in favour of India. India has successfully ensured a positive image among the Central Asian republics.

However, India is having a hard time in materializing the land connectivity aspect of the Indian policies due to its dependence on volatile Afghanistan: entangled by insecurity and marred by uncertainty and constant looming shadows of failures. Therefore, Afghanistan, believed by most Indian thinkers, has been the “Achilles Heel” of India in Central Asia. Nevertheless, the realization of regional connectivity and prevalence of peace and stability largely linked to the successful peace process with the Taliban, can enormously turn the tide in favour of India. Therefore, historically an “Achilles Heel”, Afghanistan can be a blessing in disguise for the future Indian ambitions in Central Asia.

The “New Great Game” in Central Asia features China as a contender that has exacerbated problems not only for India but also for the United States, Russia, Iran, and Turkey and, to a lesser extent, for Pakistan. This has further complicated the ongoing economic and political rivalry. The Russians and Chinese want a speedy withdrawal of the U.S. troops from Afghanistan which will decline the U.S. influence in the region. However, the U.S. has been pragmatically ambivalent to reach a concrete decision about exiting from the strategic landscape fearing the creation of political vacuum which might create an opportunity for any of its rivals, especially, China and Russia—to augment their regional power status. China with its ambitious economic megaproject, “Belt and Road Initiative”, is eyeing greater strategic cooperation with the Central Asian republics which will not only challenge Indian influence but will also secure unhindered and reliable access to gas and oil resources, estimated about 300 trillion cubic feet of gas and 90 to 200 billion barrels of oil, to sustain its gigantic economic machinery.

Despite being characterized as a Kryptonite, Afghanistan is a pronounced factor in India’s outreach towards Central Asia. The decades-long conflict in Afghanistan has had a significant impact on the Indian policy ambitions: the ongoing war has stonewalled the infrastructural connectivity—prime for reliable Indian access to the energy sources of Central Asia. The TAPI and CASA-1000 projects, exporting hydroelectric energy and gas from Tajikistan and Turkmenistan respectively to Afghanistan, Pakistan and India have not yet been completed, have taken off after long discussions on planning and operational issues due to the existential threats posed by terrorist groups controlling the transmission routes.

The strategic geopolitical location of Afghanistan is central and conducive to greater regional cooperation and connectivity. Indian trade with Central Asia passes through Afghan ports. The inauguration of The Chabahar port, as believed by Indian analysts, is monumental not only for Indian motives but also for Afghanistan’s strategic and economic needs. The volatile security situation and ambiguous state of affairs have dictated our understanding to judge the near future full of unabated uncertainty, however, we are forced to think “out of the box” due to the groundbreaking works of Ashraf Ghani government since 2014, reducing Afghanistan’s dependence on Pakistan for accessing international markets, supplemented by the contributions of international donors and Indian financial and logistical assistance. Resultantly, despite the bitter realities of the present moment, the recent indicators of developments have inspired our thinking where one can hope and believe that Afghanistan will not be strangulated by war forever. Afghanistan can be a hub for regional trade and connectivity because it has the potential due to its strategic location.

Afghanistan is walking through the storm to embark on the demanding, though not impossible, the task of realizing its claim of being “the heart of Asia”. Afghanistan being the shortest route for energy transmission, not only connects South Asia and Central Asia but can also establish interacting points among the Central Asian states, especially Turkmenistan and Tajikistan, where the latter needs to import gas power from the former to address the gas power shortages during winter. Afghanistan presents a viable and feasible opportunity to materialize the Turkmenistan-Tajikistan gas transmission project because the alternative via Uzbekistan is less feasible politically and economically.

Moreover, the 480km long fibre optic cable project, part of the digital silk route, connecting Afghanistan to Chinese fibre network through the harsh terrain of Wakhan, is nearly finished and ready to be operational. Despite the insecurity and lack of infrastructural and logistical facilities, the Afghan President Ashraf Ghani was successful in convincing, after engaging in talks for three years, Turkmenistan, Azerbaijan, Turkey and Georgia, to ink the historical Lapis Lazuli trade and transit corridor on the sidelines of 7th REECA conference on Afghanistan in October 2017. In February 2019, the convoy of nine trucks, for the first time, exported Afghan goods to Turkey and imported Turkish goods on its way back to Afghanistan. The arrival marked a historical day for Afghanistan, as Afghanistan revived its ancient route to Europe.

Another significant development is the inauguration of the ‘China-Afghanistan Railway Freight’. A modest 75km railway track has already connected Afghanistan with Uzbekistan. On Sep 5, 2019, the inaugural railway freight set off to China, exporting 1100 tones Talc to China, leaving the Hairatan port and entering Uzbekistan through the historical Soviet-constructed Bridge over the Amu Darya. Afghanistan has, for a long time, endeavoured to reach the Chinese markets. The Afghan government had desired inclusion in the BRI project to which China complied after contemplation. The Chinese investment in Afghanistan’s transport infrastructure will enhance the Afghan economy and trade to a great extent. On the other hand, Pakistan has already initiated discussions on operational issues in inaugurating trade, through Rail, from Karachi Port to Torkham.

The Five Nations Railway Project is another proposed flagship project for regional connectivity, involving China, Iran, Kyrgyzstan, Tajikistan and Afghanistan. It traverses 902 km inside Afghanistan. The feasibility studies of 5 projects have already been completed. The Khaf-Herat railway line, according to the Afghan Deputy Minister of Roads and Urban Development, Kheirollah Khademi, will be inaugurated by March 2020 and will allow Afghanistan to access the Bandar Abbas port and newly built Chabahar port. Moreover, on Feb 21, 2019, the Afghan President Ashraf Ghani in his visit to Turkmenistan signed an MoU with Turkmen President, constructing 30 km railway from Aqina port to Andkhoy. Following the agreement, on 26 July 2019, the construction work was initiated and is currently underway. The completion of proposed railways will greatly enhance regional connectivity, transforming Afghanistan into a strategic hub.

In summation, Afghanistan, a kryptonite in India’s central Asia Policy, after decades of economic stagnancy has started to stroll back on the path of development amidst the perennial impediments of insecurity, insurgency, and corruption. The establishment of infrastructural connectivity to reach the regional and international markets, since the ascendance of Ashraf Ghani to power in 2014, is promising, not only for the stature of Afghanistan but also, for regional connectivity. Afghanistan, contrary to its popular perception as an “Achilles Heel”, will be playing a seminal in Indian policies towards Central Asia.

Samiullah Doorandesh is an Afghan refugee student, pursuing an undergraduate degree in School of Politics and International Relations at Quaid-i-Azam University. He can be reached at [email protected]