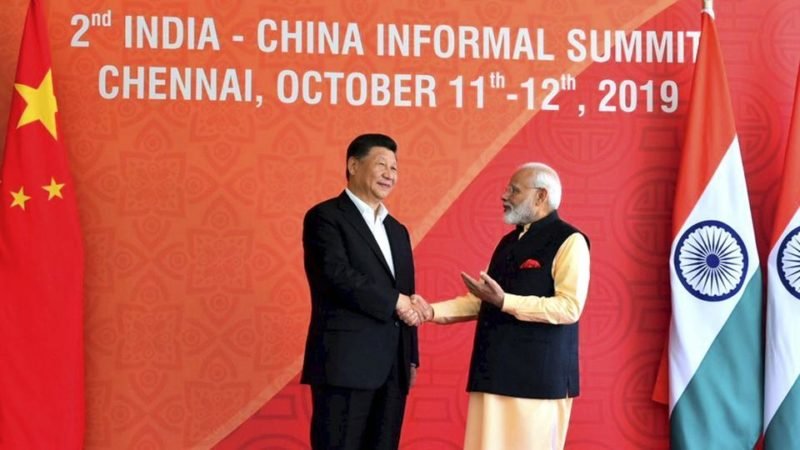 The informal meeting between President Xi Jinping & Prime Minister Narendra Modi came to a conclusion after two days in Mahabalipuram. Both the leaders from the World’s largest democracy and largest communist regime shared the view that the international situation is witnessing significant readjustment. They were of the view that India and China share the common objective of working for a peaceful, secure and prosperous world in which all countries can pursue their development within a rules-based international order.

Here are few takeaways from the Xi-Modi summit

This informal summit named as ‘Chennai Connect’ after the first one being named as ‘Wuhan Spirit’. Both Modi & Xi agreed to continue this practice in the future and Chinese President invited PM Modi to visit China for the 3rd Informal Summit. Prime Minister Modi has accepted the invitation. Both the leaders also appraised the practice of Informal Summits in a positive light as providing an important opportunity to deepen dialogue and to promote mutual understanding at the Leaders’ level

They reiterated the consensus reached during the first Informal Summit in Wuhan, China in April 2018, that India and China are factors for stability in the current international landscape and that both sides will prudently manage their differences and not allow differences on any issue to become disputes.

At a time when globally agreed trade practices and norms are being selectively questioned, both nations will continue to work together for open and inclusive trade arrangements that will benefit all countries.

‘Chennai Connect’ also underscored the important efforts being made in their respective countries to address global developmental challenges, including climate change and the Sustainable Development Goals. They emphasized that their individual efforts in this regard would help the international community achieve the targets.

Threats of terrorism acknowledged by both the leaders. As countries that are large and diverse, they recognized the importance of continuing to make joint efforts to ensure that the international community strengthens the framework against training, financing and supporting terrorist groups throughout the world and on a non-discriminatory basis.

Both leaders stressed on the view that an open, inclusive, prosperous and stable environment in the region is important to ensure the prosperity and stability of the region and greed on the importance of concluding negotiations for a mutually-beneficial and balanced Regional Comprehensive Economic Partnership.

Both leaders decided to designate 2020 as Year of India-China Cultural and People to People Exchanges and agreed that the 70th anniversary of the establishment of India-China relations in 2020 will be fully utilized to deepen exchanges at all levels including between their respective legislatures, political parties, cultural and youth organizations and militaries. To celebrate the 70th anniversary of diplomatic relations the two countries will organize 70 activities including a conference on a ship voyage that will trace the historical connection between the two civilizations.

Chennai Connect concluded with a decision to establish a High-Level Economic and Trade Dialogue mechanism with the objective of achieving enhanced trade and commercial relations, as well as to better balance the trade between the two countries. They have also agreed to encourage mutual investments in identified sectors through the development of a Manufacturing Partnership and tasked their officials to develop this idea at the first meeting of the High-Level Economic and Trade Dialogue.

Prime Minister Modi concluded with remark to call this summit a ‘new era’, whereas, Chinese president termed it as ‘heart to heart’ discussions.