Deep and dangerous impacts of Tibet on India-China diplomacy 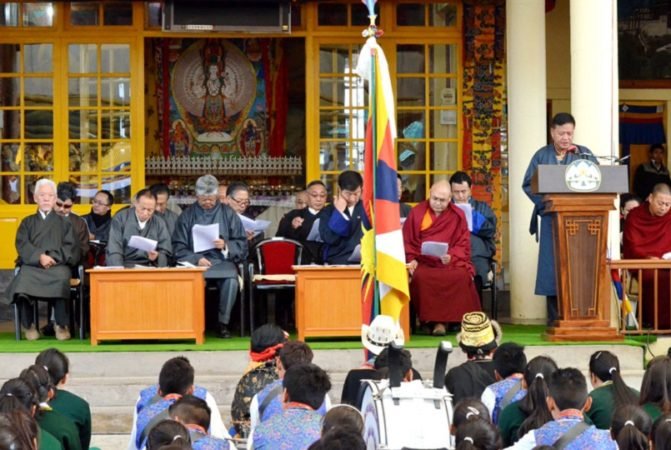 From strategic and security considerations the emergence of a strong and stable PRC posed a new challenge to the Indian Policy-makers. Jawaharlal Nehru, in a letter to K.M. Panikkar, the then India’s Ambassador to China, had said that whenever China had a strong government, it had tended to expand beyond its frontiers. He viewed the happenings in China not a palace revolution, but a grass root revolution and later told the parliament while presenting the budget demand for the Ministry of External Affairs on March 17, 1950, “It was a basic revolution involving millions and millions of human beings. It is not a question of approving or disapproving; it is a question of recognising a major event in history, of appreciating it and dealing with it.”. While dealing with China, as most of us viewed, the only area where our interests overlapped, was in Tibet.

The occupation of Tibet by force not only brought China to India’s very doors but made India anxious and its anxiety became all the more acute in view of its awareness of its own military weaknesses against China.  Following Chinese action in Tibet Sardar Patel, the Deputy Prime Minister of India, in a letter drew Pandit Nehru’s attention to the problems of India’s security in the north and suggested measures to strengthen them. He expressed the apprehension that the Chinese and the Russians would not miss any opportunity of exploiting weak spots in the North.

Nehru himself was not unmindful of India’s northern frontier and responding to the changed situation declared that the McMahon Line would be India’s non-negotiable border in the north-east ‘map or no-map’, but significantly made no statement regarding the frontier in Ladakh. Inline, Nehru decided further to draw the Indian security perimeter along the Himalayan range, taking in Nepal, Bhutan, and Sikkim and to warn that any breach of the Himalayas would be regarded as a threat to India. Years following the occupation of Tibet India did not want to start their relations on the wrong foot and supported China on several international issues including latter’s support when the United States of America intervened in Korea and advocated PRC’s place in the United Nations.

The signing of Panchsheel was the last laugh for India in its relations with the PRC. In spite of the fact that Tibet had been referred to as the ‘Region of China’ in this treaty, the PRC had accused India of being influenced by the imperialist power. After the signing of a treaty between China and Tibet on May 23, 1951, Dalai Lama left Tibet and then made unsuccessful attempts to raise the issue of its autonomy at the UN. Dalai Lama’s mobilisation of world opinion in Tibet’s favour was considered by China as an imperialist design and it held India responsible for it partially, if not wholly. On the other friendship with China was the cornerstone of the entire edifice of Nehru’s worldview and structure of the policy, and he placed his trust on the ‘Chineseness’ of communist China, on its national pride.  ‘Despite strong domestic pressures and fears following the extension of Chinese sovereignty to Tibet and the harsh Soviet and Chinese criticism of him, non-alignment and India, Nehru took deliberate measures to avoid confrontation. However, in years to come, the question of frontiers and borders became an alive and immediate issue for both which it had not been in 1950.

Deepening of the territorial dispute

Realistically speaking, the reassurances of China and the apparent relaxation in the tension between the two did not, in substance, mean more than a mere temporary postponement of more vital issues whose seriousness came to be realised only afterwards. Minor border incidents and incursions took place before 1955 that might be considered as insignificant, they, however, began to take a large amount of Indian territories in the following years.

In 1955 and 1956 the incident of border crossing happened and on several occasions, Chinese troops were found on the Indian side of Shipki La. At about the same time major incursions began with full knowledge of the Chinese authorities where India delineated the limits of her territories, started levelling a caravan route across the inhibited plateau of Aksai Chin. From Sinkiang to Tibet, this road was meant to open Western Tibet to Chinese immigrants and to divert its trade from its traditional southward direction into Western China and the Soviet Union. It was completed in about two years and simultaneously Chinese patrols were also regularly visiting southern Demchok, a village in Kashmir near the Tibetan boundary; and a party of Chinese soldiers was seen in 1956 in the Nilang area in Uttar Pradesh. The Chinese Government also asserted their claims to Bara Hoti, two miles south of Tun Jun La.

In the circumstances Chou En-lai, the Chinese premier, visited India in December 1956 and assured that although China had never recognised the McMahon Line, his country felt, they should recognise it because it was an accomplished fact and because of their friendly relations with India. When Nehru suggested that the two sides should agree on some principles which base the minor boundary disputes, the visiting guest only said that the question could be solved or should be settled early. This oral commitment and word strengthened Nehru’s faith in the premier’s friendship.