Bolsonaro and the Revolution in Brazilian Foreign policy: The Perils of Blind Ideology 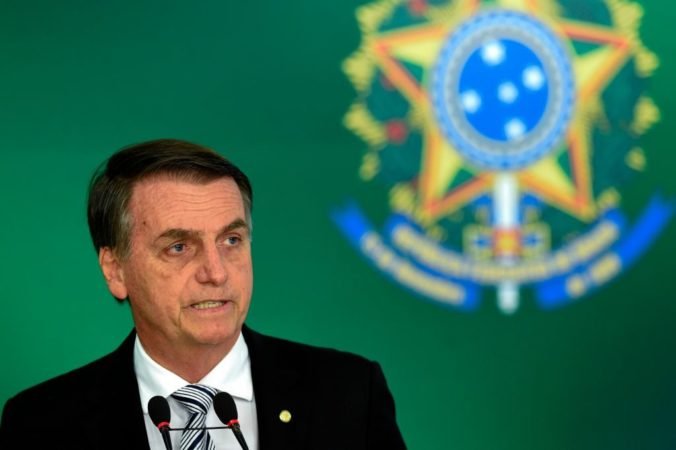 Jair Bolsonaro has tried to revolutionize the foreign policy of Brazil, based on an anti-leftist and civilizational discourse. The new ideological paradigm is effectively eroding the traditional pillars of Brazilian foreign policy and its status of an emerging power while bringing questionable benefits.

Bolsonaro’s government is a turning point in the history of Brazil and its international standing. For the first time, an anti-establishment and radical conservative worldview is in charge of Palácio do Planalto, the official residence of the president. Until now, Bolsonaro has already broken many established patterns in the Brazilian state’s policies, imprinting a new worldview and thought process among the decision-making elites.

In order to implement his ideas, Bolsonaro has appointed the outsider Ernesto Araújo as the new Foreign Minister and the guru Olavo de Carvalho as his ideologue. Furthermore, Bolsonaro’s son Eduardo Bolsonaro was picked for deepening relations with the White House and has been nominated for the post of Brazil’s Ambassador to the United States (pending Brazilian Senate’s approval). Among Eduardo’s U.S. connections, Steve Bannon is the most influential on the new Brazilian external agenda, despite his early dismissal from the White House in 2017.

Bolsonaro’s debut in the United Nations General Assembly (UNGA) on September 24, 2019, was a demonstration of this new outlook. The Brazilian version of neoconservatism features an ideological crusade against socialist countries such as Cuba and Venezuela while exposing its perceived failures of previous left-centre administrations of the Brazilian Workers Party (PT). In Bolsonaro’s view, Brazilian-led regional integration in South America was a plan to implement socialist regimes on a wider scale. Instead, Bolsonaro proposed that Brazil should embrace the benefits of free-market policies and alignment with developed democracies. In other words, the new elites in Planalto are keen on pursuing an automatic alliance with the United States and joining the Organisation for Economic Co-operation and Development (OECD) club. This marks a break from post-Cold War administrations, which sought to avoid dependency on the U.S. by diversifying partners in the developed (e.g. France, Israel) and developing world (e.g. BRICS countries).

Despite his ‘anti-ideological’ discourse at the UNGA, Bolsonaro has sought closer links with like-minded conservative parties in Israel, Italy, Hungary and Poland.. The religious tone of his UNGA speech at also opens the door for new policies vis-à-vis the Asian-African countries on the basis of their political ideologies (e.g. Islam, Socialism) and/or treatment of minorities, especially Christians. Ernesto Araújo, for example, believes in the ‘clash of civilizations’ and has advocated for the Western values against the perils of ‘Islamic fundamentalism’, ‘Cultural Marxism’ and ‘Globalism’.

Two questions emerge from this new worldview in the foreign policy of Brazil. First, was leftist ideology a brand for Brazilian policies abroad? Second, is the neoconservative outlook a sound response to previous shortcomings in these policies? The answer to both questions is negative.

Brazil’s foreign policy-making has been traditionally conceived and operated by the Itamaraty. Its main characteristics are bureaucratic professionalism and insulation, being rarely the object of dramatic shifts, strong ideological interference or domestic political compulsions. Historically, Brazil has defended the principles of national autonomy and universalism as the main pillars of its foreign policy.

Since the end of the Cold War, the mainstream currents inside Itamaraty – institutionalists and autonomists – have established a basic foreign policy consensus. In both perspectives, Brazil should become a global player by seeking participation in international regimes and leading the South American regional integration process. However, both currents had their differences as well, which reflected in different priorities vis-à-vis the developed and developing countries. While the first prioritized integration within the international order and defence of the status quo, the latter were more keen on promoting South-South cooperation and emerging power coalitions (e.g. BRICS, IBSA, G20) as a means to reinforce their collective bargaining power.

During Lula da Silva’s government (2003-2010), the emerging interface between the autonomists and the Workers’ Party was instrumental for stronger political leadership in South American integration. Despite this, PT’s ideology only marginally influenced decision-making in external affairs. Dilma Rousseff’s (2011-2016) foreign policy, for instance, usually overlooked political considerations and was mostly guided by economic and financial objectives. As a result, Brazil failed to develop a broader framework for the advancement of Mercosur and Unasur, while downscaling its global diplomatic activism alongside the BRICS group. After the impeachment, Michel Temer (2016-2018) did not radically alter any of the previous governments’ priorities, although there was a renewed emphasis on relations with the developed world.

With regard to Bolsonaro’s revolution in the Brazilian foreign policy, his ideological turn could jeopardize many of its relationships with developing countries, while bringing dubious benefits vis-à-vis preferentially developed partners.

First, Bolsonaro’s automatic alignment with the United States is not unprecedented, but this move never met Brazilian expectations in the past. All the previous attempts at alignment with the U.S. were short-lived due to the underlying ambiguity in Washington with regard to Brazil’s regional power status in South America. Trump’s move to concede major non-NATO ally status to Brazil does not necessarily signal further techno-scientific cooperation, but rather an opening of the Brazilian defence market for American giants and a channel for legacy equipment of the U.S. Armed Forces. A recent example of this movement is the Boeing-Embraer strategic partnership. In the long term, further asymmetric interdependence with the United States is potentially harmful for Brazil’s strategic autonomy and relations with U.S. rivals such as China and Russia.

Second, Brazil’s future economic interests most likely lie in the South: In the last decade, the developing world has surpassed the share of North America and Europe in Brazilian foreign trade. In 2018, the regions of Asia, South America and Africa were responsible for 62.6 percent of Brazilian exports and 53.6 percent of its imports. With much higher average economic growth, Asia will be increasingly more relevant to Brazil in the decades ahead. However, the country has never envisioned any kind of roadmap to interact with the fastest-growing region in the world. Bolsonaro’s relations with China remain lukewarm after an uncertain beginning, while Japan, India and Southeast Asia only feature marginally in the president’s priorities.

Third, Bolsonaro aims to advance special economic relations with the U.S. and Europe, which may further consolidate the North-South dependency dynamics that the autonomists were trying to circumvent. In the last decades, the Brazilian economy has suffered from deindustrialization and specialization in agricultural exports. Also, most of the foreign direct investment – which is dominated by developed countries – is directed towards the service sector. Despite the possible marginal gains in trade and GDP growth, it is likely that the Mercosur-European Union agreement, signed in June 2019, will reinforce the same dynamics observed in the Brazilian economy. The revival of U.S.-Brazil free trade negotiations follows the same logic.

Fourth, the establishment of closer ideological ties with Israel – including a proposal to move the embassy to Jerusalem – has undermined Brazil’s neutrality in the Middle East. Historically, Brazil has been a strong supporter of the UN two-state solution for Israel and Palestine. Following the proposal to move the embassy, various countries of Muslim majority have expressed their concerns, which could bring commercial retaliations against the South American country or, even worse, put Brazil in the radar of religious radicalism. The prospects of Brazil-U.S. alignment in the Middle East are also dubious: the only possible new major partner (besides Israel) would be Saudi Arabia. Furthermore, the historical policies of Brazil in the Middle East were a major contributor to its autonomous status, which boosted its diplomatic pursuit of a seat at the high table in the UN Security Council.

Fifth, Bolsonaro’s disregard for multilateralism directly harms the Brazilian bid for a seat at the high table and hampers its economic overtures to the developed world. In a period of protracted economic crisis and environmental uncertainty, Bolsonaro’s denial of climate change and policies in the Amazon are effectively souring relations with Europe. Led by France, various European countries may oppose to the Mercosur-UE agreement, uniting local farmers and green parties in a common cause. Another consequence is that Brazil’s bid for membership in the OECD will likely be sidelined by European countries.

Overall, the attempted revolution in foreign policy by Bolsonaro is a risky enterprise, which is undermining the country’s strategic autonomy and global status as an emerging power. Given the compulsions of the bureaucracy and domestic elites’ interests, it is unlikely that the current radical approach will survive during the next decade. However, the current damages and courses of action have already weakened Brazilian external ambitions, setting back decades of objective and fruitful diplomacy.

Erik H. Ribeiro is Research Assistant at NERINT-UFRGS (Brazil). He holds a PhD in International Strategic Studies (UFRGS). Erik can be reached at erik_ribeiro@yahoo.com.br