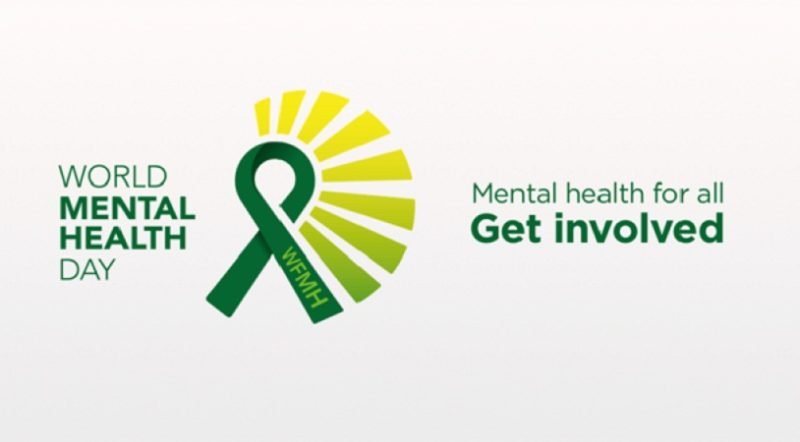 October 10 is observed as World Mental Health Day. Mental health has become an important issue in everyday life. United Nations called governments all across the world to Focus on Suicide Prevention this Mental Health Day.

Suicide is the second leading cause of death among young people aged 15 to 29 and rising at alarming rates. Mental health has been neglected for too long. We need more investment in health services and to keep fighting the stigma of seeking help.

Developing countries like India are very prone to suicides. Data released recently by the online journal Lancet Public Health, as part of its Global Burden of Disease Study (1990 to 2016), revealed, for the first time, the quantum of the problem India is facing: in 2016, it had the highest number of suicide deaths. The country’s share of the global number of suicide deaths has been rising, both for men and women. One of every three women dying by suicide, the report revealed, is from India.

Delhi’s Chief Minister who’s an active advocate of Sustainable Development Goals tweeted about Delhi govt’s #HappinessCurriculum, which is touching the lives of millions of school-going children and securing their emotional well-being.

According to a WHO report, every 40 seconds, someone loses his/her life to suicide.

Public policy team from the Governments all across must address this issue on the highest levels. Suicides are preventable. It needs to work together with the public and private sectors. There’s much much that can be done to prevent suicide at individual, community and national levels.

World Health Organisation is working on an approach to prevent suicides globally known as LIVE LIFE (Leadership, Interventions, Vision and Evaluation). This is the basis on which comprehensive national suicide prevention strategies should be developed.

According to WHO, close to 800,000 people die every year due to suicide. Furthermore, data suggests for every single suicide, there are more than 20 suicide attempts, due to the ripple effect that impacts on families, friends, colleagues, communities and societies.

WHO data says, developing countries with low- and middle-income population are most vulnerable to suicides. However, suicide is a global phenomenon.

Some of the causes of suicides are mental disorders, depression and excessive use of alcohol. Many suicides happen impulsively in moments of crisis. Further risk factors include the experience of loss, loneliness, discrimination, a relationship break-up, financial problems, chronic pain and illness, violence, abuse, and conflict or other humanitarian emergencies. The strongest risk factor for suicide is a previous suicide attempt.

WHO says there are only 38 countries with national suicide prevention strategies, rest do not have any strategy at all which is indeed alarming. It´s necessary that more governments need to indulge in proven interventions for reducing national suicide rates.

These include restricting access to means; implementing programmes among young people to build skills to cope with life stresses; and early identification, management and follow-up of people at risk of suicide.

We can prevent this, inviting people to plant trees and care environment, is the best way to care the planet and feedback of love. Also, helping young people develop skills to cope with life’s pressures.

In September 2015, the United Nations General Assembly approved the 2030 Agenda for Sustainable Development to which the 193 member states subscribed, based on three dimensions of sustainability: economic, social and environmental and formally entered into to take effect on January 1, 2016. State leaders accepted a set of global objectives called Sustainable Development Goals” (SDGs) to eradicate poverty, protect the planet and ensure prosperity for all as part of a new sustainable development agenda.

Goal 3 of the SDGs is to: Ensure healthy lives and promote well-being for all at all ages. Target 3.4 is: By 2030, reduce by one-third premature mortality from non-communicable diseases through prevention and treatment and promote mental health and well-being. Within Target 3.4, the suicide rate is an indicator.

These objectives are a road map and act as a state of alert for the world to make evolution by committing itself more sustainably, in terms of daily life. The SDGs are 17, each of them expressing an objective that it aims to achieve, in turn, there are 169 goals, where each objective includes a series of globally defined guidelines and has 230 indicators proposed by the Inter-agency and Expert Group on SDG Indicators (IAEG-SDGs) for monitoring and reviewing the global progress of the 17 SDGs.

With these new objectives of universal application, the states pledged to intensify efforts for the next 15 years to end poverty in all its forms, to reduce inequality and fight against climate change, while achieving development where all Let us be part of the same conditions in order to meet the 17 objectives of shared global values ​​and of which all must do their part; Governments, the private sector, civil society, NGOs.

María Emilia Burgos & Amit Sinha are Consulting Editors at The Kootneeti. Maria is an active advocate of SDGs and associated with Argentian Think Tank Equilibrium Global. Whereas, Amit is a Consultant working with the United Nations.