A pitch for India as a peacemaker in West Asia The need for India’s pro-active role

With robust economic growth & democratic polity, powerful armed forces & hi-tech capabilities, India’s stature in the international arena has greatly improved. The country is one of the leaders in the Global South often clubbed with countries like China, Brazil & South Africa. Despite differences & territorial disputes with powers like China, there still remains space for mutual co-operation along with convergence on important issues like climate change, trade disputes in forums like the UN & World Trade Organization (WTO) respectively that concern the Global South specifically. India is also a member of the G20 & the G4 & was recently invited by President Macron of France to attend the G7 summit held in Biarritz. It is important for powers like India to not only display military capabilities & technological advancement but also is imperative to be an active member in matters related to maintaining regional security & stability as well as lead conflict resolution through peace initiatives & other mechanisms. India maintains a soft approach to its foreign policy with focus prioritized on its economic growth, defence procurements, energy & regional security. India despite its credibility is often criticized by partners & allies for not playing a pro-active role in key international issues or at times for deliberate isolation & taking a neutral stance. Despite PM Modi’s strong emphasis on strengthening bilateral relations as well as forging new relationships the vestige of non-alignment still haunts India’s foreign policy. 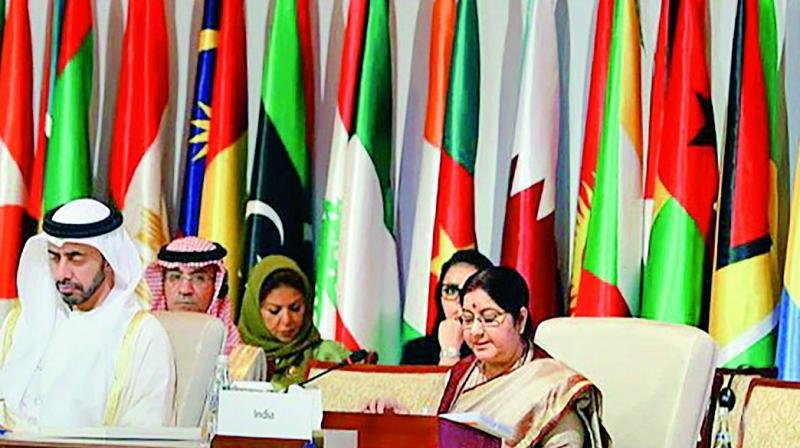 This article examines an opportunity for India to display its proactive stance in peace & security in its extended neighbourhood in West Asia. Taking a principled position & leading a process of consensus building on crucial issues has the potential of portraying India as a voice that cannot be ignored in matters related to security in global multilateral forums like the United Nations (UN) & perhaps has the potential of hastening the long-needed reform in institutions like the UNSC, where reform is long overdue. For example, Germany, a G4 member, today is one of the strongest pillars over which the EU economy rests & has multiple times come to the rescue countries like Greece, whose economic situation was adversely affected post the 2008 financial crisis. Similarly, Germany’s involvement in the Joint comprehensive plan of action (JCPOA) or the Iran Nuclear Deal, has strengthened Germany’s position as a player in the security arena.

West Asia is perhaps the most crucial region for India in terms India’s energy security with some of the countries being Delhi’s biggest sources of crude oil & natural gas including Saudi Arabia, UAE, Iraq, Kuwait, Qatar & Bahrain. The region collectively contributes 80% of India’s overall energy imports & acts as a gateway for India through the Red Sea into Europe through the Suez Canal making it one of the most important trade routes. The region also assumes global significance as 40% of the world’s oil & gas reserves are located in West Asia. The Strait of Hormuz leading into the Persian Gulf produces a third of the world’s liquefied natural gas & a fourth of the global oil consumption. The importance of the reason can be appreciated better by the ramifications of the recent alleged drone attack by Iran on the Saudi Aramco facility in Khurais thereby stalling the production output of 5.7 million barrels per day or roughly 5% of global productivity. The region is also home to close to 10 million Indian expats, who are the main workforce in the region & are also the source of a significant proportion of the $80 billion remittances that India receives annually. In addition to this India envisages the Chabahar port in Sistan Balochistan region of Iran as a gateway to reach Central Asia & even connect Moscow with Mumbai as a part of the International North-South Transport Corridor (INSTC). Trade with Afghanistan promises Indian companies to access to the mineral-rich Hajigak region with the largest the iron ore reserves in Asia. Shipment from India to Afghanistan via Chabahar port commenced in October 2017, however, due to American sanctions on Iran & pressure on India to not engage with Iran had its impact. The fate of the INSTC is also under the scanner as China pledged to invest $400 billion in Iran & develop Chabahar for its energy security requirements. With a conflict like situation escalating day by day, the prospect of such important projects from being launched or being operational remains questionable. Hence, any conflict in the region adversely impacts India in terms of energy security, geopolitical ambitions, citizen rescue operations & as a source of income.

India as a peace-maker in West Asia

Foreign secretary Vijay Gokhale’s visit to Iran over the beginning of this week highlights the importance given to the region as India scrambles to safeguard its energy security. Despite such huge stakes, India has not played the role of peacemaker or a mediator in the region which according to foreign policy experts is long overdue. Relations with various actors in the region post-PM Modi’s election in 2014 have gone a notch higher with him receiving State honours from Saudi Arabia, UAE, Bahrain, Palestine etc. This is an indication to India’s growing credibility & the region ascribes a reputation to India as a peace-loving responsible player & a naval security provider in the Arabian Sea & beyond in the Indian Ocean. Cultural linkages with the Arabian peninsula, Persia & the Levant date back to millennia & India has the required soft power capital necessary to initiate a peace process in the region. India also has managed to convince the actors in the region on the cross-border terrorism emanating from Pakistan vis-a-vis the Kashmir issue which previously strained New Delhi’s relations. The timing is also appropriate for India to initiate a peace process in West Asia due to the following reasons. 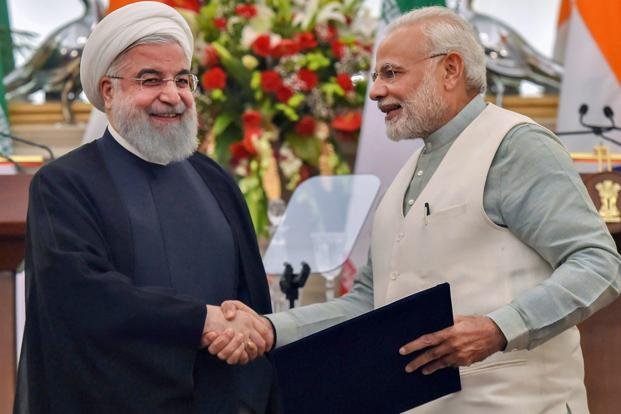 Firstly, the relations between Israel & Saudi Arabia have greatly improved, post-President Trump’s intervention, yet, at the same time, Iran is preparing itself for an eventuality of two-front warfare. In light of the retaliatory attack launched by Israel on Hezbollah bases in the Lebanese territory followed by the attack on the Saudi Aramco facilities by the Houthi rebels based in Yemen, there a likelihood of the conflict escalating into a full scale war assuring mutual destruction, thereby affecting the global energy security by skyrocketing the prices of oil. The situation could be catastrophic at a time when the global economy is showing signs of an imminent slowdown & even a likely near-future economic crisis scenario. Secondly, despite American involvement for so long, the conflict has not subsided; rather it escalated indicating a possible policy & tactical failure. President Trump’s recent decisions to maintain restraint & de-escalate the conflict and even a possible rapprochement with Iran shows the reluctance of Americans to further involve themselves in the conflict. In fact, the recent resignation of American National Security Advisor John Bolton under pressure from President Trump sends clear signals that the White House does not encourage conflict in the region any further. President Trump also on several occasions reiterated that regional security should be determined by the players in the region & that the onus should not be kept on Americans.

Thirdly, the reluctance of countries like the UAE who have withdrawn from the conflict in Yemen as well as Saudi Arabia’s own reluctance to involve directly with Iran indicates the region’s quest for lasting peace. Also the reputation of Saudi Crown Prince Mohammed Bin Salman post the Jamal Kashoggi episode can be restored if he signs up for the peace process with Tehran.

Finally, with elections held yet again in Israel in a span of five months shows the political uncertainty in the country. The exit polls indicate a closely fought contest between incumbent PM Benjamin Netanyahu & his closest rival Benny Gantz and even the possibility of a re-voting.

Therefore, it is an opportune moment for India to initiate the peace process negotiations with Saudi Arabia & Iran initially to work in the direction of terminating the proxy war in Yemen as the country has been devastated with a serious humanitarian crisis currently underway. Negotiating towards a ceasefire in Yemen as well as in Syria by Saudi Arabia & Iran as a gesture of de-escalation to various adversarial & rebel groups who are parties to the conflict paves way for the initiation of a dialogue mechanism & negotiations In addition to the States in conflict, India should mobilize powers such as China, Singapore, South Korea, Russia & Japan as all these countries have stakes in the security of the Indo-Pacific region. Also, China, Japan, Singapore & South Korea are also States who are principal importers whose energy demand is met primarily from the resources of the West Asia region. Thereafter the dialogue can be extended to Israel, an ally of India, whose relations may see a slump owing to President Trump’s rhetoric of taking Iran on board for talks as well as granting permissions to China to operate the Israeli port of Haifa, which also happens to house American naval vessels. Also, locally if such peace negotiations head in the right direction, they also have the potential of bringing an end to conflicts in the South Asia region including in Pakistan & Afghanistan. It is also prudent for India from an energy security point of view to create peace in its extended neighbourhood in the West due to its proximity rather than explore for options elsewhere where the accessibility is a concern. Overall, India’s credibility will get a further escalation in the international community & certainly strengthen her case for a UNSC reform as a security provider & balance China’s expansionism in the region.