The selection of Next Dalai Lama and the consequent politicization 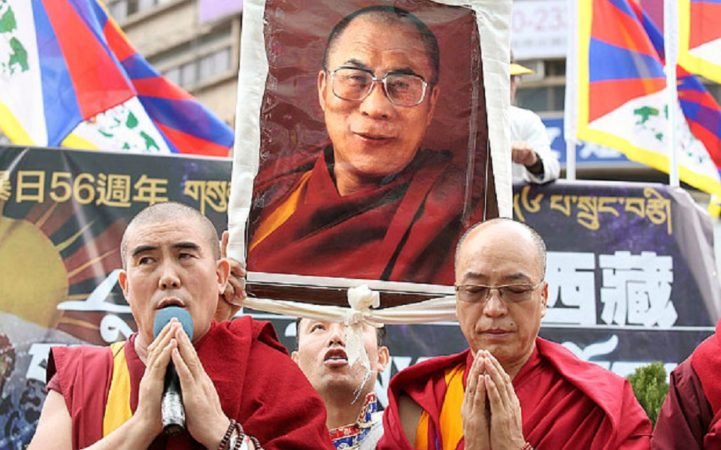 The events and happenings on Tibet are once again in the mainstream discourse and discussion. The reincarnation of Dalai Lama and procedures that follow is central to the discourse. Tibet, a land of Lamas, passes and mighty perennial rivers and refer to as the roof of the world is also characterized as one of the highly political sensitive regions in the entire world. Historically, it had acted as a buffer between two greatest Asian giant civilizations i.e. India and China until the post-war decade. Since then Tibet has emerged as a highly contentious issue in India-China relation.

In Tibetan Buddhism and for its people the Dalai Lama is revered as a highest spiritual leader. The institutionalization of Dalai Lama happened 14th century back as a political and spiritual leader which is now just reduced to a spiritual leader and considered as the manifestation of Buddha of Compassion and is enlightened beings, which has chosen to take rebirth or reincarnation in order to save humanity. The selection of Dalai Lama involves a distinct mandatory ritual called a Dough Ball Test. According to Tibetan website, the Dough ball Divination test is practised mainly in the monasteries or by individuals Lamas when an important decision has to be made.

The present 14th Dalai Lama, named Tenzin Gyatso, was born in 1935 in Tibet and identified as an incarnation of his predecessor when he was 2 years old. He fled in 1959 to India against the failed uprising against the Chinese rule and has decided to depoliticize his office. The 84 years old 14th Dalai Lama is the global face for Tibet issue and renowned figure worldwide for his moral and ethical teachings. A recipient of Nobel Peace Prize in 1989 is seen by the Communist Chinese government as “dangerous splittist” and a wolf in monk’s robes. The next Dalai Lama may be woman or man outside Tibet or no further reincarnation takes place and line of Dalai Lama end with the current 14th one. On the contrary, China always claims to hold the right to appoint the next Dalai Lama. Given the acrimonious state of affairs with regards to China, the current Dalai Lama wants to select his successor during his lifetime, contrary to the usual tradition of selection post-death of the old one. A possibility of an attempt by China to foist a successor on Tibetan Buddhist, as depicted by 14th Dalai Lama in a statement, he said-“China considers Dalai lama incarnation as something very important. They have more concern about the next Dalai Lama than me. He added further, in future, in case you see two Dalai Lamas come, one from here, free country, and one chosen by Chinese, then nobody will trust, nobody will respect. So, that’s an additional problem for Chinese! It’s possible, it can happen.”

The earlier sign of this scenario published as an opinion piece in the Tibetan Journal calling for a “pre-emptive emanation”. The article says,” It is imperative that His Holiness the Dalai Lama should reincarnate within his lifetime at a place of his choosing….Therefore, any symbolic eternal presence of HH without any gap between reincarnations is crucial. And better still, if we get to see the HHDL15 when HHDL14 is still around.” Also, the exile Tibetan community have also disparaged the ruling Communist Party’s obsession on dictation the Dalai Lama’s afterlife, “it’s like Fidel Castro saying, I will select the next pope and all Catholics should follow”, a statement by Lobsang Sangay, the Tibetan PM in exile.

The recent announcements by the senior Chinese officials that the reincarnation of the Dalai Lama must be approved by the Chinese Communist government and must take place within the country based on a 200 years old process. Wang Neng Sheng, director general at the government of Tibet autonomous region said: “the current Dalai Lama was recognized by Beijing and his successor must be found through the “draw of lots in golden urn process within China. The Dalai Lama’s incarnation is not decided by his personal wish or by some group of people living in another country.”

Earlier in a controversial attempt in the year 1995, China appointed its own Pancham Lama, second-highest monk after Dalai Lama in Tibetan Buddhism, also in the case of Gyalwang Karmapa, the dust has not settled yet. Given these set of affairs and announcements, the prophecy coming true of current Dalai Lama over the selection of his successor with regards to China is getting materialized. The “Sinicization” of Tibet has already been done to a large extent now is looming over the procedures and rituals, followed by the Tibetan exile community.

According to some sneaky reports that the 14th Dalai Lama, has selected his own reincarnation in Ladakh a year ago following all the concerned rituals i.e. Dough ball test. Public announcement of the selection of the Dalai Lama will be made till an appropriate time. Video recording has been done and could later to be released to the media showing the closer bond between the 14ht and 15th Dalai Lama.

The Tibetan government in exile also called as Central Tibetan Administration set up by the current 14th Dalai Lama in India, first at Mussoorie and then transferred to Dharmashala. The transfer also reflected in the political setup towards the democratically elected government. The Tibetan exile populations which are mostly living in India recognize the Central Tibetan Administration as their sole and legitimate government. The democratic set up comprised of an independent judiciary, functioning executive and a legislative under the parliament of 46 members.

They prioritize their functions mainly in the rehabilitation of Refugees, imparting education and restoration of freedom of Tibet. The Tibetan Parliament in exile and the constitution enacted under the title of The Charter of Tibetan in exile reflected the people’s centric attempt and a wise experiment with modern democracy.

Noteworthy, the CTA is not supposed to assume charges when Tibet becomes free. Current Dalai Lama specifically mentioned in the manifesto entitled, Guidelines for future’s Tibet policy and basic feature of its constitution, that the exile government would be dissolved as soon as Tibet gains freedom. The Dalai Lama would then transfer power to the transitional government headed by the interim president. The interim president, in turn, will be required to hold an election within 2 years and hand over power to the popularly elected government.

Incidentally, this year marks the 60th anniversary of the Tibetan people’s peaceful uprising against the Chinese occupation authorities. In this way, India occupies an important role in the whole series of conflicts and post effect. The India-Sino war of 1962 and the subsequent standoff and escalatory statements from the Chinese side have made India formidable player in Sino-Tibetan affairs. The recent press note on the reincarnation of Dalai Lama, or rather warning does mention India specifically, it says: “any refusal by India to recognize the next Dalai Lama to be chosen within China will impact bilateral relations. Since the reincarnation of the Dalai lama is an important issue for China any friendly country or friend of China would not interfere or meddle on the issue.”

India’s official position on Dalai Lama is clear and consistent, a spokesperson from the MEA says: “He is a revered religious leader and is deeply respected by people of India. There is no change in that position. His Holiness is accorded all freedom to carry out his religious activities in India.”

Dalai Lama has almost given up the idea of Tibet’s political freedom from China, amidst China’s global economic eminence and rising clout, but he stressed and staunchly advocate for the preservation of Tibet’s religion, language, environment and greater control of its own affairs. The future of CTA and Tibet cause will depend on how well the systemic changes could be effectively utilized and appropriated in their favour and would get reflected in both symbolism and substance.