Deadlock over S-400: How Turkey’s deal with Russia is impacting the international relations of the region 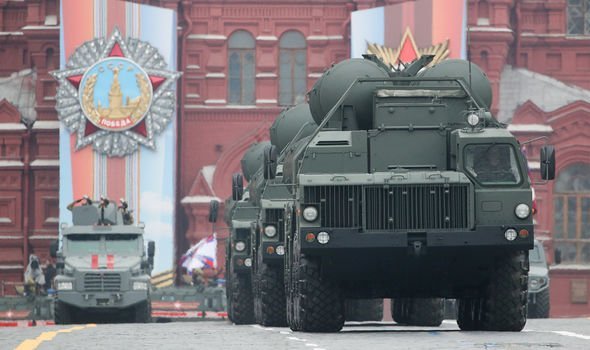 Early this month, Turkey received shipments of the first parts of the Russian developed S-400 missile defence system. This shipment comes under direct conflict with Turkey’s deal with the United States for the purchase of the US F-35 defence system. As a NATO member, Turkey has previously invested heavily in America’s defence program, buying up to 100 US F-35 warplanes.[i]These once strong defence allies are now on the brink of a foreign policy strain that could lead to a turn in the international relations of the Middle Eastern region. Ankara’s deal with Russia alone has incited a negative reaction from the United States and the North Atlantic Treaty Organization (NATO), but was it really that unpredictable considering Turkey’s overall volatile relations with the US?

Turkey has had longstanding contentions with both the United States and Europe, with President Recep Tayyip Erdogan’s suppression of free speech and civil society organization coming into contradiction with underlying liberal principles of Tukey’s own NATO membership. In fact, Cook, the senior fellow for the Middle East and Africa studies at the Council on Foreign Relations had previously advised the US to reduce its diplomatic tenacity with Turkey if Washington wants to maintain its key strategic ally in the Middle East.[ii]

Turkey’s relations with Russia have deepened quickly over the past few years, the Syrian crisis and the actions against the Kurdish Worker’s Party (PKK) being a catalyst in strengthening Turkey-Russian ties. Ankara’s most recent purchase of the Russian S-400 missiles has only strained its relations with NATO but being a country, which is neither a friend not a foe of the US, this purchase could mean a change in leniency towards Putin’s Russia in Turkey’s international relations.

The United States’ stance and Turkey’s future with NATO

Entailing Turkey’s deal with Russia, Washington has since removed Turkey from its F-35 program. According to the White House spokesperson, Stephanie Grisham, this decision was made to prevent Russian intelligence from finding out the vulnerabilities with the US defence system.[iii]This a decision from the US comes as one which was inevitable since having important missile shipments of historic rivals within close proximity of each other would only create grounds for breeding tensions.

Further to this, Turkey’s position within NATO itself could be at risk especially since the purchase of weaponry from Russia is anomalous amongst the NATO members.  USA is one of the leading members of NATO would have a sizeable say if considerations to remove Turkey from NATO were ever to come upon the table. With Turkey straying further and further away from NATO’s core values, this possibility does not seem very unlikely.

But Turkey’s removal from NATO would cost the US more losses than it would for Turkey.

Turkey provides a very strategic base for the United States within the Middle East, sharing borders with Syria, Iraq, and Iran. If the US wants to maintain its strong geopolitical control of this region, having amicable relations with Turkey will become extremely important. Taking this into consideration, it becomes crucial for Washington to approach Ankara diplomatically and perhaps even hold it less accountable to the NATO principles. Rather than asserting itself through embargo and sanction – as the US has often done through its Countering America’s Adversaries Through Sanctions Act (CAATSA) – this particular issue requires more diplomatic endeavour. A win for Washington, in this case, does not look like a penalty for Turkey for breaching NATO guidelines but rather coming out of the negotiations with Turkey still as its ally.

If Turkey were to be removed from NATO, it’s foreign policy would inevitably lean towards Russia, thereby gaining Russia the geographical advantage over the Middle Eastern Region. This possibility is something that Washington should be wary of in its upcoming meeting of the NATO defence ministers in late June.

Amidst these contentions surrounding Ankara’s deal with Moscow, Trump’s administration has been conveniently silent. Although Gen. Marl Milley, Trump’s choice for the next chairman of the Joint Chiefs of Staff, did recommend in his Testimony to the Senate that US should “discontinue the transfer of F-35 aircraft to Turkey and unwind Turkey from the F-35 program if Turkey accepts delivery of the S-400,” the administration is yet to speak out its position post-delivery of the S-400 missiles.

Perhaps Trump is preoccupied with his reelection campaign or maybe USA’s unprecedented policy change towards Russia under the Trump administration has put the POTUS in an uncomfortable position. Either way, the administration needs to speak up on this deal and present a clear position on further defence spending with Turkey if they do not want this issue to be solely usurped by Congress. Speaking on issues of foreign policy should be a critical component of Trump’s presidential campaign. Trump needs to be more specific about how he’s going to be dealing with imminent foreign problems that will have a trickle-down effect on America’s international position as a whole.

India’s deal with Moscow and her future with Pentagon

India’s foreign policy has been allied with Russia since during the Cold War. Even under the Non-Allignment Movement, India has maintained friendly relations with Russia owing to close American ties with her geographical rival, Pakistan.  Although Pentagon has announced that it strives to build stronger defence relations with India, it is transparently against any country purchasing the S-400 missile system from Russia.

However, India has already come into an agreement with Russia last October to obtain a batch of Rs. 40,000 crore worth S-400 missiles.[iv] This agreement could cost India a strong defence partnership with Pentagon as once again, Washington will not want to put at risk its defence system to the scrutiny of Russian intelligence. India should definitely endeavour to establish better defence relations with the US but as for the moment, Russia has been India’s largest weapon supplier and this trend is unlikely to change.