Race Towards German Middle Class: How the Master-Apprentice System is Helping Refugees 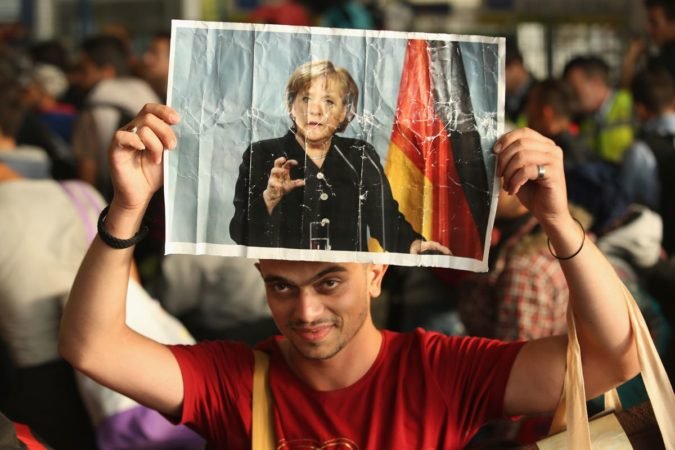 Since the summer of 2015, Germany has been the target country for flows of refugees seeking sanctuary, mostly from Syria, Iraq and Afghanistan. The right of asylum for victims of political persecution is a basic right stipulated in the Constitution of Germany. The federal government under Chancellor Angela Merkel opened the borders and let nearly 1.5 million refugees enter Germany since 2015.

The initial priorities for the German government were registering and housing the huge influx of arrivals. After those were done, the integration and employability of the refugees in their new country of refuge was a task to be achieved. And Germans have done well in that front.

A recent study by the Federal Office for Migration and Refugees found that almost 35% of refugees who had arrived in Germany in 2015 had a job by October 2018, compared with 20 percent the previous year.

The Paris-based Organization of Economic Cooperation and Development (OECD) has described that Germany’s first steps in integrating new arrivals from conflict regions are impressive and nearly half of them are getting jobs.

For a country of 81 million people, Germany has benefitted with the influx of migrants as he was plagued with the demographic ageing of the German population and growing shortages of skilled labour. But the challenge has been the integration of hundreds of thousands of people from a distant culture and with a very different outlook into the established German system.

Can Germany integrate its vast numbers of asylum seekers?

The country has been pushing refugees into vocational training as young Germans have lost their appetite for that.

About 60 percent of the refugees are 25 or younger. This is an advantage which Germany is trying to reap in.

Getting newcomers in the workforce has not been easy. The vast majority arrived without knowing German, considered to be a difficult language and without the job skills that German companies seek. For many, a lack of German-speaking, reading and writing ability keeps them from qualifying for an apprenticeship. So making them employable takes some time and the German government is working on them. According to a report in The Washington Post, The country is short of electricians and is so severe that customers can face a weeks-long wait to get one.

The traditional German apprentice system is a highly eulogised approach to impart employable traits. Apprentices split their time between a vocational school and on-the-job training, often spending three years or more mastering their profession. They are sponsored by a company that invests in their skills and typically hires them once the training is complete. Each year the apprentice program churns out thousands of able professionals who have passed rigorous, nationally administered exams. Experts say the system, and its commending standards, has been a key factor in making Germany an industrial powerhouse.

But in recent times, many young Germans are opting to bypass this traditional path to middle-class life and gravitating toward university degrees instead. The hence formed gap can be filled by the refugees and attempts are being made in that direction. It’s a win-win situation for both the Federal Government, the country as a whole and the migrants.

It takes time to adjust to a country of new culture and rules. Migrants take integration and language courses with an eye towards entering the labour force.

According to a report in The Washington Post, a new regulation will allow immigrants to complete their training once it has been started. This will greatly help the refugees.

Simon Aus Unterhausen, a German volunteer in New Delhi says that the BAMF (Federal Office for Migration and Refugees) registers the migrants and they are then divided into German states. “The government provides money, shelter and food to them. A huge majority is getting integrated very well, but this happens mostly because of the citizens of a town, who are helping them.” But as the refugee camps are often out of the cities, the migrants have less access to the local society which in a way means less integration.” But despite the shortcomings, a good section of the refugees are getting integrated with the German economy and strengthening their economy.

More than 150 refugees completed an internship programme at software giant SAP last year, and 57 of them secured jobs at the company, reported Al Jazeera.

Many large firms apart from NGOs have employed refugees. Currently, Berlin is still spending more on refugees than it gets from in return from them in the form of taxes. But the German Institute for Economic Research forecasts that the balance should turn positive by 2021 onward.