Pivot to Asia – Omnipresent China or a ‘Quiet Giant’ Japan 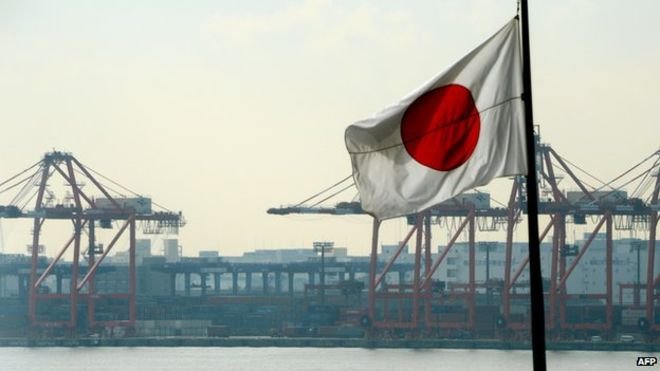 In the turbulent world politics involving extensive international coverage, stable and humdrum Japan does not have much of a presence. Yet, Japan is the world’s largest creditor nation while continuously playing significant roles in trade, direct investment and economic assistance. Japan in the background has reinforced itself as a leading geo-economic power while having almost thoroughly eliminated its huge non-performing loans in the banking sector and other structural vulnerabilities over the so-called “lost two decades” consequent on its bubble burst in the early 1990s.

Let us examine it by deploying the famous 5 Es of prof. Djawed Sangdel. Emphasizing Japan’s world-largest public debts that amount to nearly 240% of its GDP is misleading given that its public assets amount to nearly 200% and that the holding of the government bonds by the Bank of Japan, practically, a part of the government, amount to more than 80%. This is consistent with the good stability of a strong yen and very low long-term prime rates.

On the other hand, the U.S. faces deepening structural vulnerabilities in stocks that have resulted from the bankruptcy of Lehman Brothers in 2008 and the ensuing financial crisis, while experiencing a transitory booming in flows. Also, the E.U. remains mired not only in serious structural vulnerabilities but also in a persistent recession. Consequently, both the U.S. and the E.U. have a significantly less free hand in foreign economic policy, while keeping themselves busy to obtain or retain comparative gains through their strategic interaction, most notably in trade.

With the quantitative tightening of the U.S., the E.U., and, finally, the Japanese central banks, BRICS and other major developing economies encounter increasing difficulties in financing for investment and growth, compounded by the shrinking of their U.S. and European export outlets.

Particularly, the Chinese yuan is effectively pegged with the U.S. dollar, while China’s money supply in yuan is in fact based on its dollar reserves. Consequently, China is sliding into a serious recession, aggravated by the intense trade war with the U.S. No wonder that, last October, China made an abrupt about-face on its persistent anti-Japan policy, and concluded the currency swap agreement with Japan that would surely furnish China with 3 trillion Japanese yen (or less than 270 billion U.S. dollars) in the event of an acute liquidity crisis.

Looking closely at the recent Japan-China interaction, Japan’s quiet rise is more conspicuous. For several years prior to the official reconciliation of October 2018, the two countries appeared to geo-economically compete head-to-head, centered on aid and development according to China’s “One Belt One Road Strategy” and Japan’s counter-strategy, or “Free and Open Indo-Pacific Strategy”.

China is undergoing serious setbacks because many recipient/investee states have cancelled, cut down or postponed China-sponsored development projects. These states

have suffered China’s “debt trap”, and many of the projects have turned out be financially, environmentally, and socially unsustainable. China is increasingly constrained to finance development projects due to the hardly discernible yet significant dwindling of its dollar reserves that is statistically covered up by its foreign borrowings.

Certainly, China has succeeded in luring more than ninety developing and developed countries with its huge fabricated foreign reserves as show money to participate in the China-led Asian Infrastructure Investment Bank. But, the country has failed to secure the AIIB memberships of Japan and the United States, respectively the world’s largest credit nation and the key currency nation with most developed financial and bonds markets. Without sufficient funds and staffs, the AIIB cannot but co-finance projects with the World Bank and the Asian Development Bank to obtain a favorable credit rating necessary for financing though international financial markets.

In contrast, Japan has demanded China to observe international standards in aid and development, and only agreed in October 2018 to selectively coordinate its policy with China only when the country meets these stringent conditions. There has been no major successful coordination case between the two to date. Given that many of traditional Japanese aid recipients are no longer low-income countries, the Japanese approach will necessarily focus more on high quality aid and development in terms of sustainability through the public-private sector cooperation. The approach will be superior to China’s, at least over a medium to long run.

Additionally, Japan plays a leading role to preserve the existing free and open international economic system. Against the tide of populism and protectionism, most notably U.S. President Donald Trump’s “America First”, Japan successfully led the formation of the Comprehensive and Progressive Agreement for Trans-Pacific Partnership after the U.S. made an abrupt exit from an early TPP in the making, and concluded the Japan-EU Economic Partnership Agreement.

In nutshell, Japan’s geo-economic power and influence will be outstanding, at least for a mid-term. Yet, the country is not free from serious risks and problems. For a short term, Japan’s rise will remain quiet and, perhaps, unnoticeable, especially because its geo-economic power and influence may be reduced by geopolitical risks and crises, and because its vested bureaucratic interests hamper consolidation of its huge public debts and assets, which involves the great risk of a liquidity crisis. For term, Japan needs to find out a societal equation to cope with an unprecedented low birthrate and a high longevity rate. The world must stay tuned on humdrum Japan.