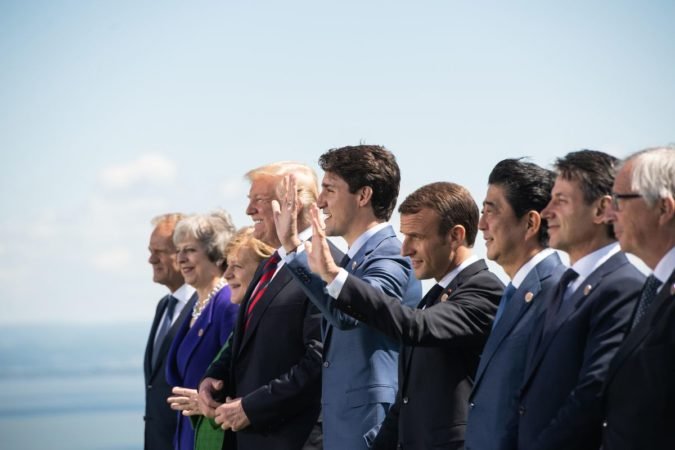 Foreign ministers from the Group of Seven nations meet on Friday in France to prepare for the leaders’ summit in August, but the absence of U.S. Secretary of State Mike Pompeo underscores how tough agreeing common ground between allies has become.

Ten months after U.S. President Donald Trump threw the efforts of other leaders to show a united front into disarray by leaving early, backing out of a joint communique and criticising his Canadian host, senior diplomats are scrambling to avoid a repeat episode.

France, which took over the rotating presidency of the group of major industrialised nations, has scaled back its ambitions, counting on minor advances in areas where consensus can be found easily, including the dangers of cyber crime for democracy and tackling inequalities between men and women.

“The idea is to avoid losing energy on texts that do not bring much, whereas what (President) Emmanuel Macron wants is that our presidency makes it possible to advance on specific topics,” said a senior French diplomat ahead of the meeting on Friday and Saturday in the Brittany seaside resort of Dinard.

Along with the United States and France, the group includes Japan, Germany, Britain, Italy, Canada and the European Union. The ministerial meeting is critical to ensuring that when the leaders convene in Biarritz in August, they are largely in agreement.

But tensions between the United States and its European allies, particularly over trade, climate issues and the nuclear deal with Iran, have meant that where they were once in agreement, they now seek the lowest common denominator.

“The G7 has become the United Nations of democracies. It’s the same divisions and blockages,” said Dominique Moisi, a special adviser to the IFRI foreign relations think tank in Paris.

“Can we come up with a common position on Russia, China, the Middle East? It’s damage limitation.”

The U.S. State Department gave no reason why Pompeo was not attending even though he had no other engagements in his diary.

His deputy, John Sullivan, will replace him for broad discussions, including on the crisis in Venezuela, Iran’s destabilising behaviour in the Middle East and the denuclearization of North Korea, the State Department said.

“Symbolically, it sends a pretty negative message: Pompeo has better things to do,” said a seasoned G7 diplomat based in Paris. “The U.S. is isolated, but the U.S. dictates the tempo and we fit in behind.”