Back to the Afghan Future: The security challenges of Afghanistan’s reconstruction and development 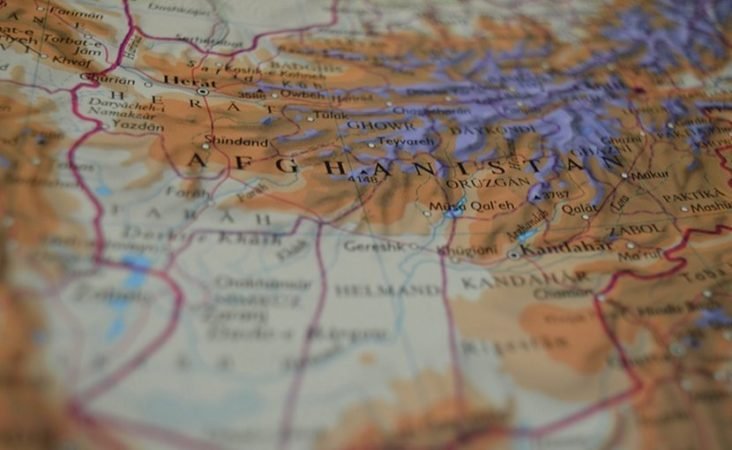 The current talks between the representatives of the Taliban and the US Government in Qatar are an important step but peace and stability are still beyond reach. Afghanistan’s reconstruction and durable development requires a satisfactory level of security and tackling issues such as unemployment, corruption, and armed violence.

Since 2001 many reconstruction and assistance efforts have been conducted in Afghanistan but their real impact is limited by the security context and corruption. Foreign material and financial assistance was affected by embezzlement and misappropriation. Many examples can be easily found in Kabul or all over the country. In Kabul’s Parwan-e-seh district, the main road was in a bad shape and looked as if it had been built during the 1970s or the 1980s. According to some local residents, the road had been built during the 2000s and the main cause of its deplorable condition was corruption : the road was 9 cm-thick, while it was supposed to be 18 cm-thick and its maintenance was almost nonexistent. In many rural areas schools were built with the financial support of foreign countries, NGOs or organizations but an important part of these funds have disappeared. As a result, these schools are often unfinished or badly constructed buildings where the furnitures, windows, heating system, decent toilets or electricity are missing.

Since 2001 ISAF Provincial Reconstruction Teams did a great work but it ended with the withdrawal of ISAF troops. The action of the PRTs also sparked debates and was criticised by some non-governmental organizations as it could create confusion in the minds of local populations about the nature of humanitarian assistance, as well as the role of foreign armed forces and foreign NGOs. Many foreign or local NGOs operating in Afghanistan and Pakistan have reported that after the elimination of Osama bin Laden by a team of US Navy SEALs in Abbottabad in May 2011, they were facing more difficulties in carrying out their operations. It can be explained by the fact that one of the methods used by the CIA to identify Osama bin Laden took the form of a fake vaccination programme conducted in Abbottabad and seriously undermined the trust of local populations towards NGOs, and especially foreign aid workers.

The current security context is critical, the Taliban controls from 44% to 61% of Afghan districts [1] and the Islamic State is conducting terrorist attacks in the country. The current negotiations are an important step but their outcome will not bring a stable and immediate peace. Only a fraction of the Taliban has endorsed this process and agrees to participate to it as the whole Taliban movement remains divided. Some Taliban factions wants a full withdrawal of foreign troops and of all foreign presence, as well as the resignation of the current Afghan government. This precondition can’t be satisfied as it would put the current Afghan government at risk and trigger a new phase of conflict. Such possibility would not create a proper context for reconstruction. Moreover, since the fall of its Syrian and Iraqi Caliphate, the Islamic State has found a new momentum in Afghanistan and some Taliban factions have pledged allegiance to Abu Bakr al-Baghdadi, while others refuse to do so and are engaged in a fierce competition with ISIS.

In this regard, reconstruction and development will depend on the context created by the peace deal and a satisfactory agreement for all parties, which is far from being easy. All parties have ties to foreign and neighbouring countries. It means that foreign powers and neighbouring countries should reassess their agendas and interests in Afghanistan. They should also find common interests and a joint approach, at least with regard to the reconstruction of the country. It’s the only way to ensure a sound reconstruction process and especially the access to rural areas where most of the work should be conducted.

Security conditions and corruption are also closely tied to the social and economical problems affecting Afghanistan’s rural areas. Agriculture is the largest sector and the basis of Afghanistan’s economy. Agriculture should be strongly supported, especially when it comes to the eradication of opium poppy cultivation. The opiate economy accounts for 20% to 32% of the country’s GDP (US$ 4.1-6.6 billion) [2] and 24 provinces out of 34 grow opium poppy but 69% of cultivation is carried out in Southern Afghanistan. [3] Taliban groups control these areas and earn c. US$ 200 million per year from the opiate economy. Eradication efforts have led to a decline of opium production  from 9000 tons in 2017 to 6400 tons in 2018 and the price of dry opium fell to its lowest level since 2004 (US$ 94 per kg). [4] Foreign support is crucial but the United States of America have decided in February 2019 to end Operation Iron Tempest, an airstrike campaign launched in 2017 against Afghan drug labs.

Providing jobs and decent revenues to rural populations play a role in decreasing the activities of insurgent groups in rural areas. This key issue was well understood by the French troops in charge of civil-military operations in the province of Kapisa and the district of Surobi. French scholar Bernard Dupaigne explained that during the First Indochina War (1946-1954) the map of quiet areas coincided exactly with the map of regions where hydraulic works improving agricultural yields had been carried out by French engineers. The areas controlled by the insurgency corresponded to poor regions from an agricultural point of view. [5] The French troops conducting civil-military operations in Kapisa and Surobi wished to play a role in the long-term development of these areas but their mission was ended in 2012.

Eradicating the cultivation of opium poppy and supporting farmers in their transition towards the cultivation of legal crops is expensive. Many efforts have been done and opium production has decreased but the results are limited by corruption, widespread poverty, the threats made by criminal gangs, corrupt officials or Taliban commanders against farmers. Taking into account such difficulties, some experts argue that opium poppy cultivation and opium production should be allowed and that farmers could legally sell their production to the pharmaceutical industry. Such an alternative could provide stable revenues to a part of Afghan rural populations. [6]

Education plays an important role in the development of Afghanistan, especially vocational education and professional training. As one of the most influential thinkers and leading practitioners in the field, Dr Djawed Sangdel have repeatedly stressed: Afghanistan may need businessmen and managers but it needs even more technicians, agronomists and engineers.

The reconstruction and development of Afghanistan will also benefit from the Belt and Road Initiative, China’s new Silk Road, but it requires as well serious security improvements and a coherent regional approach from foreign and international powers. The new Great Game in Central Asia opposing the USA to Russia and China could, in this perspective, could prevent Afghanistan from reaping the benefits of trade with China and hinder its development. Competition between international or regional powers can take a violent form, especially when it will come to the control and the exploitation of strategical mineral resources and rare-earth elements whose value could reach $3 trillion. Mineral resources are an important asset for the country and its development but the local mining industry is opaque and Afghanistan’s Ministry of Mines and Petroleum is affected by corruption. [7] Moreover, illegal mining benefits to various criminal gangs and the Taliban.

State control upon this sector should be increased, sound legal standards should be enforced, corruption should be punished and transparency should be supported. Moreover, there should be a comprehensive and coherent strategy ensuring that Afghanistan will not just own its resources but it will also use the revenues generated by minerals or oil for its development and reconstruction. The current trends in international markets and the increasing scarcity of some mineral or energy resources have also led to a crucial issue for Afghanistan. Competition among foreign powers over the access to rare and strategic minerals will also have a negative impact upon the country: it could increase corruption, weak governance, and aggravate the resource curse.

There should be a multidimensional strategy taking into account these issues and supported by the United Nations, foreign powers involved in Afghanistan and regional powers or neighbours. In order to succeed there should be a common and radically new approach whereby foreign powers and regional powers should find common ground and common goals or at least, interests. Afghanistan is affected by the geopolitical competition opposing the USA to Russia and China but also by the US-Iranian crisis, as well as the Indo-Pakistani rivalry. Iran and the former Soviet republics of Central Asia (Kazakhstan, Turkmenistan, Uzbekistan, Tajikistan and Kyrgyzstan) should be included in this joint approach. Saudi Arabia and Qatar should not be left aside but the effects of their past influence and their future role should be questioned. This approach is obviously too optimistic but the long-term development and stability of Afghanistan can be only ensured by a genuine commitment of all parties.

[2] « Afghanistan Opium Survey 2017, Challenges to sustainable development, peace and security », United Nations Office on Drugs and Crime and Narcotics Survey Directorate of the Ministry of Counter-Narcotics of the Islamic Republic of Afghanistan, May 2018, p.5

[3] « Afghanistan Opium Survey 2018, Cultivation and Production », United Nations Office on Drugs and Crime and Crime and Narcotics Survey Directorate of the Ministry of Counter-Narcotics of the Islamic Republic of Afghanistan, November 2018, p.14