Interview: Commissioner of Ethiopian Investment Commission on his resignation 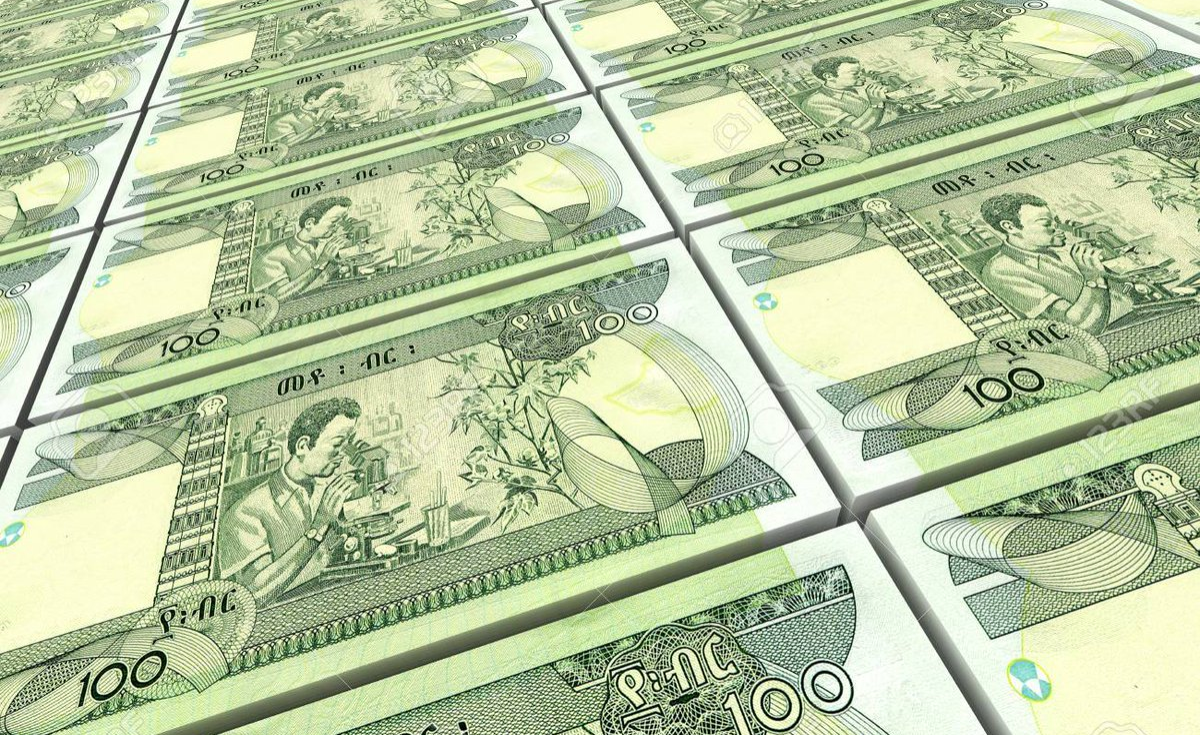 Belachew Mekuria (PhD), Commissioner of Ethiopian Investment Commission (EIC), has resigned from his position effective yesterday September 11. Belachew was appointed to the position by Prime Minister Abiy Ahmed in April this year during a reshuffle that saw Fitsum Aregaa, now PM Abiy’s chief of staff, leave his position as commissioner of EIC for the PM’s office. Belachew, who was Fitsum’s deputy until then, stepped in to become the commissioner. He is one of the young, non-party member technocrats who were picked by the Prime Minister to lead various state institutions.

Upon getting news that he has resigned from his position as commissioner of EIC, Addis Standard conducted an impromptu interview with Belachew discussing, among others, his reasons of resignation, his achievements, challenges and expectations.

Addis Standard: You were appointed as commissioner only in April this year and yet you are departing now. Although you have served as deputy commissioner and your overall stay in the commission cannot be underestimated, it seems your departure now is too soon. Could you state the reasons?

Belachew Mekuria: During my stay at the Commission, even if short (close to three years) we have done remarkably well as a team and I do believe that, while some of the achievements will sustain themselves under a new leadership, more is also possible. I am leaving the Commission for the family reason who I wasn’t able to be with due to my work and who do require my full attention and presence that the responsibility I have had made it impossible. However, I am still hopeful that something will happen that will soon bring me back, this time as a family, to contribute to this wonderful era of transformation. As you can imagine it isn’t the best of times to leave Ethiopia as many are coming back with that urge of duty to our beloved nation, the only one we have got.

Addis Standard: In your six months tenure as Commissioner, what were the most important milestones that you and your team have accomplished at the EIC?

Belachew Mekuria: I had stepped in when the previous Commissioner moved to another role and since I was part of the leadership, I was expected to continue what we all had started together. Apart from that, the past few months have largely been preparations for the new budget year including the design of our annual work plan, developing the Balanced Score Card (BSC) document and of course delivering in some of the key ongoing works. One interesting thing we have initiated relates to transforming the office set up into a new open workstation type that would further improve our service delivery at the Commission. This is ongoing and I do hope that it will be finalized soon. We have started a very strategic conversation in strengthening the industry called Business Process Outsourcing (BPO) that we believe Ethiopia has a comparative advantage to leverage and attract investments to the ICT Park. A group has been set up and we are making progress in all fronts. I have, together with others, also led the early discussions with Volkswagen whom we directed to consider entering Ethiopia, not to assemble vehicles, rather start manufacturing some parts of the car that will be 100% for export. This is now in an advanced stage. I am proud also to initiate the second entrants of the Young Professionals Program where we hired 16 high calibre fresh graduates to be trained in the vicinities of the Aviation Academy of the Ethiopian Airlines for one year and be integrated into EIC’s core staff with a view to improving the service delivery of the Commission. These are some of the important milestones that I can mention amongst many.

Addis Standard: If these were your important milestones what were the challenging ones?

Belachew Mekuria: I come from an international organization work culture and previously as large academician. Collaborative work amongst institutions has been one of the biggest challenges that I have experienced over the past years while working for the Commission. A collaborative culture is lacking and so also is an understanding on the virtues of working in sync. When you look at investment attraction and aftercare, it involves multiple institutions who are as effective as their weakest link. After providing at the Commission modestly smooth entry-level services, nothing can be predicted how the next ‘caregiver’ will handle its end of the transaction. The One Stop Service concept is ingenious as it has reduced the red tape along the investment conversion and retention value chain, though by no means we perfected it yet. By capitalizing on that with a clear coordination mandate to EIC, we can definitely make the gains so far irreversible.

Addis Standard: Since you mentioned this lack sync it is true that, among others, lack of coordination between the investment Commission and regional state trade and investment bureaus has more often than not frustrated foreign investors. But is there any regulatory framework done by relevant authorities to address this challenge?

Belachew Mekuria: The Commission should emerge as Ethiopia-level Commission on matters of investment, playing a coordinating and capability development role when it comes to the regional investment offices/bureaus. There are very interesting developments at the moment as regions ‘compete’ with each other to position themselves as preferred investment destinations which for me is very healthy. Investors must be able to feel comfortable not just at entry, but also where they ultimately land their projects. Strong Commission at the centre will definitely means, if properly guided, stronger ‘peripheries’ and nothing different would work. So far, lack of coordination has not been a problem, rather lack of capacity is. The desire to establish an Industrial and Investment Policy Academy by the Commission is born out of this desperate need of building vertical and horizontal capabilities and I hope this will materialize. High calibre, motivated and dutiful professionals must be continuously produced through structured training curriculum that undoubtedly benefits the wider ecosystem in investment, industrial policy and the broader economic transformation agenda.

Addis Standard: The just-concluded EPRDF executive committee has once again identified lack of foreign currency as a major impediment to the country’s economic development. Can you please explain in short how the Investment Commission, as major institute tasked to attract FDI, a major source of Forex, plans to tackle this?

Belachew Mekuria: Shortage of Foreign currency is a consequence of multitiered factors that require a multilayered approach to tackle it as [Prime Minister Abiy Ahmed] is disposed to do. Our grand infrastructure projects need to be finalized while at the same time trying to invite private capital to come in through the Public Private Partnership arrangement. These grand projects are huge consumers of hard currency. Secondly, our export earnings remain still meagre compared to the imports that we make. For example, there are no strategies to promote export, not to mention the institutional deficit we have in that front. Export in many other jurisdictions is promoted with a clear selection of champion products, special incentive regimes, and focusing not so much on FDI, rather local manufacturers who will have to be provided with required quality control support, branding and market information/intelligence. This was how Japan made it, this is how many others are doing it.

The privatization agenda will be if properly executed, a quick relief provider as it will release a huge asset on which many of the state-owned enterprises are sitting. State ownership has burdened the economy so much and it would be wise to look at that carefully. Their creditworthiness and competitiveness can only be improved if both active and passive private investors are invited to take a stake in some of the State-owned Enterprises.

Read: At least 40 killed in Ethiopia as ethnicity triggers another war

Addis Standard: Speaking of the privatization agenda, what would be the role of the investment commission in addressing some of the challenges and concerns that many Ethiopians are expressing both about the process and the end result?

Belachew Mekuria: I believe that the Commission should play an instrumental role in reviewing the investment law regime, by actively promoting Ethiopia to potential investors and by helping develop standard terms for PPP arrangements on which I believe the Commission has, over the years, accumulated a wealth of expertise.

I personally believe that healthy competition will ultimately pay for the economy and the private sector-the economy’s key driver. That was how the logistics industry’s partial opening was discussed. Concerns no doubt will be there because of the early shocks that we will experience within this industry players which will have to strategize, come together and strengthen themselves to become not just national logistics industry players, but compete at the regional level. It is for me the dawn of logistics services, and with ultimate impact also on manufacturing for export. If you ask anyone who is struggling to export manufactured goods, one single source of frustration and upward cost driver is logistics. For a landlocked country like Ethiopia, the only survival strategy as a competitive manufacturing base is a modern, efficient and reliable way of moving goods in and out. Ethiopia has not been competitive in the two most important measures of logistics: cost and lead-time. This needs to change. Many would say that FDI’s involvement may not necessarily be the solution, though I strongly believe that it is one among many. The world has moved in bigger strides in modernizing the logistics industry and these global players would significantly contribute by working hand in hand with our own local operators.

Addis Standard: We understand our time is limited, but what would you like to say to your successor?

Belachew Mekuria: I cannot overemphasize the Commission’s national relevance and it is what we deliver on that vision that will ultimately matter. As Warren Bennis said ‘leadership is the capacity to translate vision into reality.’ I leave a strong team behind and feel extremely comfortable that more is to come particularly under the current administration that has demonstrated its determination to transform the country to a different path, economically, politically and socially.

*Prior to joining the Ethiopian Investment Commission (EIC), Belachew Mekuria, PhD, had worked for the United Nations Office on Drugs and Crime coordinating justice sector reform project in Nigeria.