Relations with China: History is Key 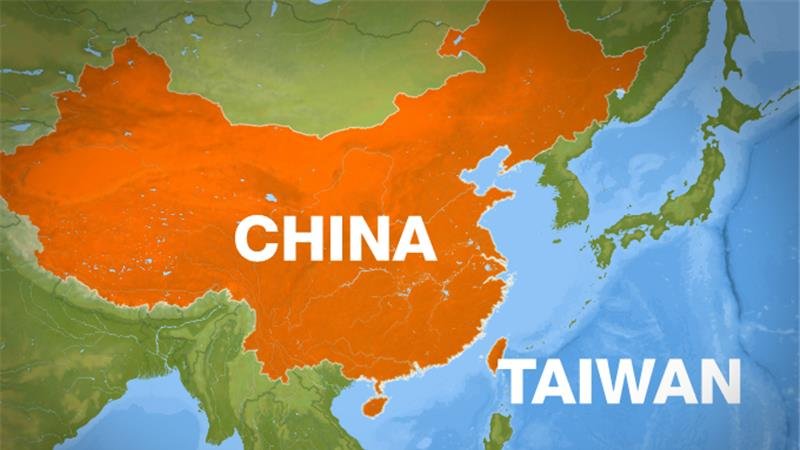 China’s growing influence over the Asian region is becoming obvious. Their Belt Road Initiative (BRI) is gaining popularity and free trade agreements are both flowing and forthcoming. The nations of Bangladesh, Sri Lanka, Bhutan, Mongolia, South Korea, and Taiwan all have history with China, and some millennia longer than others. Navigating this past is necessary to maintain relationships in the present, but it has proven to be difficult. With the exception of Bhutan, Chinese investment has improved relations with the South Asian nations and is perhaps taking the lead from India. In terms of the East Asian nations, although trade is significant, China’s history tends to be more influential.

Bangladesh, caught in the crosshairs between the Subcontinent’s fragmentation, eventually won their independence in 1971, but at an international cost. China figuratively fought alongside Pakistan and even vetoed Bangladesh’s UN entry. It was only when Pakistan recognized the nation in 1974 did China alter its stance. Formal relations began two years later, and ever since, the two have enjoyed mutual trade benefits.

China has invested billions into Bangladesh already. In 2008, the Sixth China-Bangladesh Friendship Bridge opened. Built by the China Road & Bridge Corporation, it links major agricultural areas to Dhaka, the capital. Interestingly, a year later when President Zilur Rahman supported the “One China Policy,” Beijing granted funding to construct a Bangladesh-Myanmar-China road “to increase trade relations” between the two capitals. Bangladesh officially became part of the BRI in 2016, “when the two countries signed several deals worth $21.5 billion.” Two of these include the Bangladesh-China-India-Myanmar corridor (BCIM) and the deep sea port at Pyra.

India is seemingly losing influence within the region, and another potential concern is China’s growing military focus in South Asia. This is true with Bangladesh. For the last two decades, it has been China’s third-largest buyer of arms. “The two sides have regularly exchanged high-level military delegations to review relations, negotiate weapons transfers, inspect military facilities, and cement personal [military] contacts.” In addition, the majority of Bangladeshi military vehicles have been Chinese-made.

Besides Ming expeditions under Zheng He, Beijing did not have a true historical relationship with the island nation of Sri Lanka. When it achieved independence, Prime Minister Don Stephen Senanayake pledged a “middle path,” so as to not interfere in international rivalries of the Cold War. Sino-Sri Lankan relations truly did not begin until diplomatic relations were established in 1957. Since 1996, economic cooperation has increased.

“Chinese activities in Sri Lanka are largely economic, focusing billions of dollars on military loans, infrastructure loans, and port development.” In 2007 the two nations agreed upon a $1 billion deal to build a deep sea port in Hambantota and in December of this year, China was granted a 99-year lease for the port. Some analysts predict it may become a naval base, while others speculate it is purely for trade. In 2009, Beijing was granted an investment zone in Mirigama, some 34 miles from Colombo, the capital. The Diplomat reported, “Chinese funds have been channelled into roads, airports, and seaports, the two highest profile initiatives being the Hambantota Port Development and the Colombo Port Project.” Sri Lanka is a BRI partner nation, and to further this relationship, they signed a free trade agreement last year.

China and Bhutan have a centuries-long history and one in which the former was always superior. To make matters worse, Bhutan and Tibet “share a similar language, customs, and culture, and most Bhutanese are followers of Tibetan Buddhism.” There is no doubt major clashes have affected Sino-Indian relations over the decades, and Bhutan is always at the crossroads. A disputed Himalayan border caused clashes with troops from both sides culminating in a Chinese win in the 1962 Sino-Indian War. Further border incidents occurred in 1967 and 1987. Most recently, when China pursued building a road in Doklam, on the disputed Sino-Bhutanese border last year, another standoff ensued. The Doklam Incident that began in June was quite reminiscent of 1962, but troops withdrew in August “shortly before Modi came to Xiamen for an emerging market summit.”

Although China and Bhutan do not hold diplomatic ties, it seems relations are improving. “China planned to extend a railway linking Tibet with the rest of the country to the borders of India, Nepal, and Bhutan by 2020, but they are still not part of the BRI. “With the One Belt One Road project, China has managed to get the support of all our neighbours with the exception of Bhutan… out of loyalty for India, Bhutan has not joined the project,” Mr Mansingh [a former Indian foreign secretary] said.” It will be interesting to watch how Bhutan’s strategic location and continued Indian influence plays a role in future Chinese relations.

The Yuan Dynasty, otherwise known as the Mongol Dynasty, controlled China from 1271-1368. Despite furthering Chinese advancements and preserving China’s culture, Chinese pride was greatly affected as the “Middle Kingdom” could never be controlled by another power. Centuries later, relations were still rocky, but China established diplomatic relations in 1949 when they became communist. For many decades, however, Mongolia looked to the Soviet Union for influence, not China. In 1994, a friendship agreement was signed, and relations have improved since.

Mongolia is in a strategic location per transportation and trade between China and Russia. “China has reached a stage in its development where demand for metal commodities is especially intense” and is looking to the vast mining resources Mongolia has to offer. China is the world’s largest consumer of copper, aluminium, lead, zinc, iron ore, nickel, and tin, so mining operations in Mongolia make sense. In addition, Beijing is investing in two major transportation systems as part of the BRI: the Russia-Mongolia-China Road and Caofeidian-Ulaanbaatar Railway. The former should be ready this year. The latter began freight service in March with 51 containers of furniture, electrical appliances, and raw materials.

The Korean Peninsula, once a vassal state of ancient China, has endured millennia of influence, whether positive or negative. The two civilizations exchanged cultural innovations throughout history but likewise suffered together under imperialist Japan. When the Korean Peninsula split, China naturally focused on North Korea. It was not until 1992 when China formally established relations with the South.

The relationship between communist and noncommunist nations has led to tip-toeing on many areas of international affairs. China and South Korea benefit from a strong trade, but the nuclear North and the South’s defence relationship with the US steers relations with China. In 2017, Seoul installed a “US-designed Terminal High Altitude Area Defense anti-missile system (THAAD) that Beijing felt could monitor its own military activities.” An informal boycott of tourism to South Korea had drastic results that are still felt this year. From March to October, the number of Chinese tourists fell 61% and in January of this year, they were already down by 46% compared to 2017. South Korea states it will not deploy THAAD, but Beijing has yet to end the boycott. Although tourism is only one form of exchange from China, it has dealt quite the blow to the South Korean economy.

Depending upon the expert or the historical text, Taiwan may or may not have been controlled by China. However, the recent history is what currently matters. When the Qing Dynasty collapsed in 1911, China experienced a time of democracy, albeit quite weak, under Sun Yixian beginning in 1912. When his rule failed, the nation succumbed to a period of reigning warlords. Eventually, superficial democratic principles regained momentum under Jiang Jieshi and the Guomindang (GMD), although he was quite dictatorial. He fought Mao Zedong and the Communists during the Chinese Civil War in the 1930s-1940s. A ceasefire was in place during WWII as the two combined to fight the imperialist Japanese. Eventually, Mao won, and the country became communist in 1949. Jiang and his GMD fled to Taiwan and established the Republic of China (ROC). Ever since cross-strait relations have been quite shaky—the ROC is not a UN member, only 22 countries recognize it as a sovereign nation, and China has claimed a “One China Policy” all along.

Taiwan does not need to be part of China’s BRI. They are an economic powerhouse and one of the four Asian Tigers, all on their own. However, they do have a substantial trade with China. As of April 2018, trade increased between the ROC and the mainland and Hong Kong by 13.1%. Currently, trade is not really the issue, nationalism is. “Nearly 60 per cent of the island’s residents regard themselves as exclusively Taiwanese…” As pro-independence sentiment grows, China is concerned, and perhaps rightfully so—their pride and possible historical legitimacy are at stake. The US, regardless of the administration, continues to trade militarily with Taiwan; most recently, Beijing has warned Washington DC not to pass the Taiwan Travel Act, which it ultimately did in March 2018. This furthers communication and travel between the two countries in terms of defence, economics, and culture. Where this action will lead cross-strait relations has yet to be seen.

It is the 21st century and Bangladesh, Sri Lanka, Bhutan, Mongolia, South Korea, and Taiwan are modern countries. Despite this, their relations with China are dependent upon history, and it is the individual nation’s interpretation that matters.

Jennifer Loy is a Research Associate at Nepal Matters for America