Jacinda Ardern: The Right Leader at the Right Time 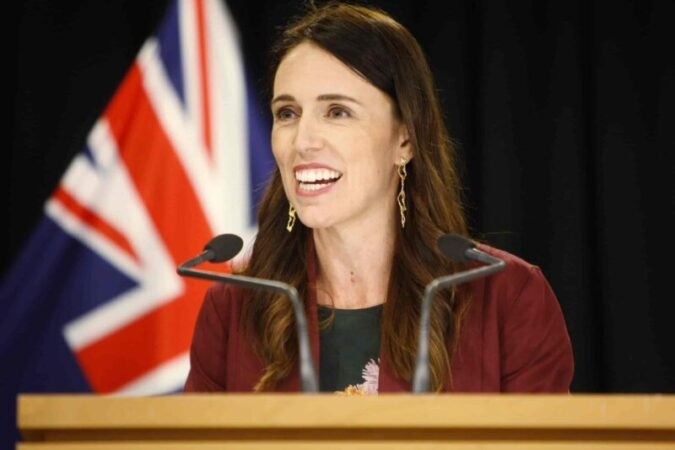 Jacinda Ardern has stepped down as New Zealand Prime Minister. What is her legacy, and what will her resignation mean for New Zealand politics?

New Zealand Prime Minister Jacinda Ardern has announced that she is to step down as the nation’s leader by 7 February. Ardern, in the role since winning the 2017 general election, has been slipping in the polls in her home country despite a stellar reputation overseas. However, as she announced her departure, she noted that she is leaving not because she was afraid to lose the election scheduled for 14 October this year, but because she dreads winning. She has “nothing left in the tank.”

We perhaps shouldn’t be surprised. While the election of then the youngest ever female head of government, at 37, piqued international interest, it was Ardern’s firm yet empathetic response to the 2019 Christchurch terror attacks that thrust her onto the stage as a global icon. Ardern would soon again display strong communications skills in response to an eruption at White Island, where several tourists lost their lives. Two major disasters in the same year would be enough to take it out of the keenest leader.

But it is for her response to COVID-19 that she will be most remembered. Ardern’s pandemic strategy, infused with “open, honest, and straightforward messaging,” “distinctive and motivational language,” and “expressions of care” won accolades around the world for its compassionate but science-based approach. New Zealanders see female leadership as nothing particularly novel — three of the nation’s last five prime ministers have been women, leading for 16 years of the last quarter century. However, Ardern’s compassion during the pandemic was arguably accentuated in international circles by her youth and gender, presenting a positive comparison to “leadership” in other parts of the world.

While New Zealand’s stringent border restrictions would separate families and generate complaints, within the country the results were phenomenal. For those of us who travelled to New Zealand during a brief trans-Tasman “travel bubble” in 2021, the normalcy of life in Wellington and Auckland was surreal. If international headlines were glowing before the pandemic, they were utterly radiant after New Zealand’s COVID-19 response.

Nevertheless, it has recently become de rigueur to note that despite Ardern’s performance on the world stage, she is not as well-liked among her more pragmatic compatriots. Indeed, New Zealanders can be unforgiving lot when it comes to policy implementation. Because there are few checks and balances besides the nation’s multi-party electoral system, government in New Zealand can be very effective. Citizens thus harbour a quaint expectation that leaders will actually deliver on their election promises.

And Ardern made some big promises before coming to power in 2017, probably because she and her Labour Party colleagues saw their chances of winning as slim. Labour actually won significantly fewer seats than the outgoing National Party in that contest, but was propelled into government on a whim by the mercurial Winston Peters, whose New Zealand First Party held the balance of power.

Ardern can blame some policy failures, such as the scrapping of proposed tax reform, on her recalcitrant coalition partner from 2017 to 2020. In other areas, Labour cannot avoid criticism. With housing affordability as a key issue in the 2017 election, Ardern promised New Zealanders that her government’s “Kiwibuild” scheme would increase the housing supply by 100,000 new homes in ten years. Five years in, the scheme had yielded only 1,300 new builds.

New Zealanders forgave the lack of delivery on Kiwibuild and in other sectors during the pandemic. Ardern rose to become the nation’s most popular leader ever, topping public opinion polls and trouncing her opposition in the 2020 election. Labour captured an outright majority of seats, something that is almost impossible in the country’s mixed-member proportional voting system. Ironically, it was this victory that may have led to further policy stasis. Ardern learned from 2017 and ran a campaign that was heavy on personality but light on policy. With no real manifesto or policy mandate, Labour has subsequently struggled to implement a convincing programme.

Meanwhile, the country where Ardern’s foreign policy has perhaps been most successful is Australia, New Zealand’s most important partner, and one where Ardern’s reputation is ironically mixed. Most Australians have positive feelings towards Ardern: an advertisement for Australian lamb during her tenure depicted Australians as keen to make her ruler of their country. However, in the frothy Petri dish of late-night Australian conservative commentary, Ardern’s New Zealand was depicted as a liberal nightmare. Her race relations policy was leading to “woke” apartheid, she was “backstabbing” allies to “suck up” to China, and her approach smacked of “left-wing Latin American” style populism. For a certain audience, New Zealand under Ardern was a warning of what Australia must not become.

These themes seeped into the mainstream Australian media from time to time, but they were always more internet meme than reality. New Zealand’s position on China, for example, was almost exactly in line with Australia’s, though the tone was often different. Official trans-Tasman relations were also positive under Ardern. Most New Zealanders I have spoken to have little regard for Scott Morrison, but relations between the Australian prime minister and Ardern were smooth while Morrison was in office. This resulted in effective coordination on the pandemic, such as the brief border relaxations. Relations with the new Albanese Labor government have been warm, sometimes even effusive, but this should not be taken as a given. Trans-Tasman prime ministers of a common ideological disposition, for example, David Lange and Bob Hawke or Robert Muldoon and Malcolm Fraser, have often distrusted or even hated one another.

Ardern also relentlessly pressed Australia on the need for reform on Australian immigration policy towards New Zealanders. Most importantly, Australia has insisted on deporting criminals who happen to be New Zealand citizens with little or no meaningful “Kiwi connection”— and retains the right to deport them on character grounds with no real due process. New Zealanders generally view this as an abhorrent evasion of responsibility, and Ardern’s consistency in highlighting this resulted in a promise from the Albanese government that Australia would relax its approach. If the proposed changes are meaningful, she can be credited with helping to remove a major source of toxicity within the relationship. Meanwhile, Anthony Albanese has promised to offer Kiwis easier paths to permanent residency and citizenship, another win for Ardern’s diplomacy, and for many of the 670,000 New Zealanders who live in Australia.

What does Ardern’s departure mean for New Zealand? As a party that is still united, does Labour have a shot at positioning itself well for the upcoming election? Leader of the Opposition Chris Luxon has rebuilt his National Party after its abysmal performance in 2020, but minor scandals over issues such as his anti-abortion stance, which is deeply out of step with New Zealand public opinion, suggest he is not unassailable. Nevertheless, the natural candidate to replace Ardern, Deputy Prime Minister Grant Robertson, has ruled himself out.

As well he probably should. Leadership change is the kiss of death in New Zealand politics. Not since 1943 have New Zealanders re-elected a government that has changed prime ministers mid-term. Despite their current grumbling, New Zealanders will likely remember Jacinda Ardern’s years as prime minister fondly. More than anything else, she was the right leader at the right time. At this point, however, a change in government looks probable in October.

Dr Bryce Wakefield is the National Executive Director of the Australian Institute of International Affairs.