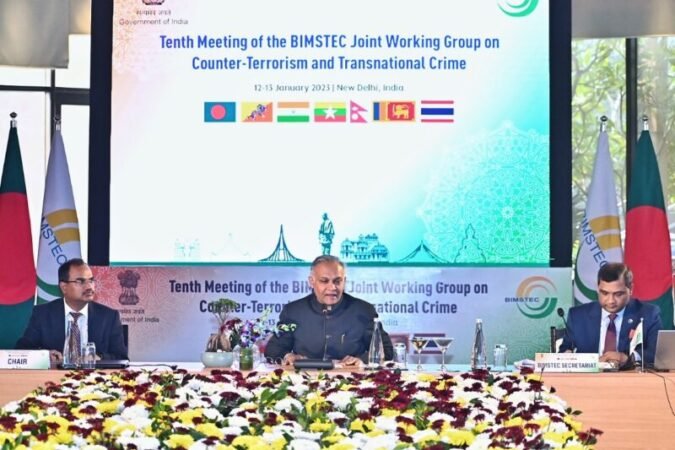 The 10th meeting of the BIMSTEC Joint Working Group on Counter Terrorism and Transnational Crime (JWG-CTTC) began on January 12, 2022, in New Delhi. The Government of India hosted the meeting and was attended by delegations from all BIMSTEC member states, including Bangladesh, Bhutan, India, Myanmar, Nepal, Sri Lanka and Thailand.

As the lead country for the Security Pillar under the BIMSTEC framework, India oversees the work of six sub-groups on intelligence sharing, legal and law enforcement, countering radicalization and terrorism, anti-money laundering, human trafficking and narcotic drugs. The participants discussed traditional and emerging non-traditional security threats in the BIMSTEC region and recommended ways to enhance cooperation and collaboration in countering terrorism and transnational crimes in the region.

The meeting also endorsed the reports of previous sub-group meetings and discussed the implementation of the BIMSTEC Convention on Cooperation in Combating International Terrorism, Transnational Organized Crime and Illicit Drug Trafficking. The meeting also discussed the institutional mechanism for CTTC cooperation, an information-sharing system, and capacity building for BIMSTEC countries.