Democracy and its discontents 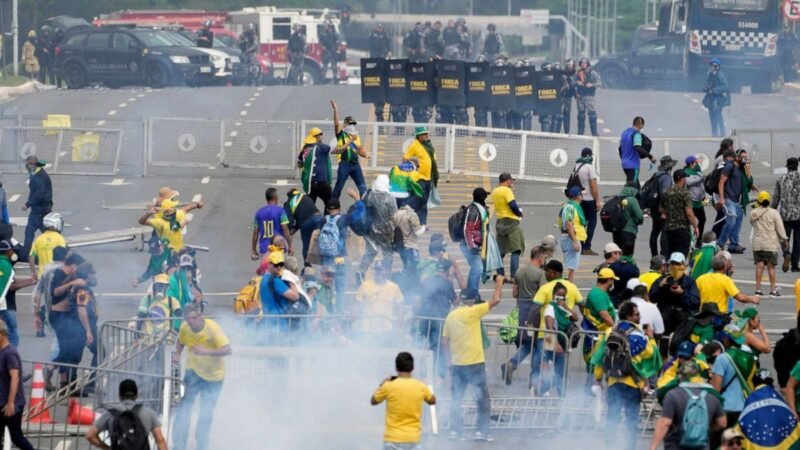 It was the date of certification of the votes by the 116th congress, an annual routine procedure to formally certify the victors of the presidential election held in November the year before. It was the best of times, Donald J Trump was defeated and a new Era was on the horizon. President-elect Joe Biden promised a new era of governance, multilateralism and taking everyone together, the sun was shining bright. Instead, it turned out to be ‘the worst’ as a world would soon wake up to the horrors of the US capital been stormed by Donald Trump supporters and the parapet of the capital set ablaze, popularly termed as the moment of the ‘ignited states of America’

This was once in a history event so for many this was a one-off, happening in a divided America where Donald Trump the aberration guy became president and he was not willing to leave. Now it has been proved that the aberration turned out to be false. The virus had indeed spread South.

last year, in October 2022, the presidential election happened in the nation of Brazil, Louis Inacio, Lula de Silva, the former president defeated the incumbent Jair  Bolsonaro in a closely contested race although Lula da Silva’spercentage win over the incumbent was less than 2% he did defeat Jair Bolsonaro in a closely contested race. Now to many of his friend’s chagrin and most of the world’s surprise, he decided to relinquish power.For him this was a complete flip from the usual stance of not giving up and fighting it in the last breath. Democracy was seen in action when Lula was sworn in last week and while Bolsonaro didn’t formally hand him the baton,he quietly vanished in the night or That’s what we thought

Bolsonaro over the years on the line of Trump have crafted a strong and dedicated band of supporters, feeding them misinformation and harping on the worst fears of getting replaced. As a direct result, his supporters  Post-election had not just refused to concede but had also insisted the military to initiate a coup. This is where the mental flux comes into the picture.

This act is a classic  chapter in the fascist  play Book, where a disagreement with the election result should result in discrediting not just the process, but the institutions itself. The Goebbel’smaxim of repeating the lie again and again till the masses accept it as truth was also seen in action.

In a macro-view,this event also points to the bigger problem associated or so to say exposed with the idea of democracy-Its frailties; as an idea it harps  on the intrinsic value of people’s wisdom which it assumes to be rational. This is the reductive analysis based on people’s rationality which is often limited by various factors -associated economic woes, psychological perceptiveness and overall self-realisation and actualisation of one’s condition in a society.

Besides, democracy still remains the western construct in many parts of the world where it became an institution after the colonial misadventure. In its current format unless political growth is supplemented with economic, the flaws will remain and the situation would continue to be grim in the future as well.

The world of today in economic flux -a constant fear of recession. On democratic institutions across the world, a performance crisis looms large, with the current problem of perceptive slow decision,  the rise of autocratic,’ selfless people’s messiah had become a reality in most of the world.

In essence, the Brazilian insurrection is not a one-off event instead it is a symptom of a big problem in the model of democracy as we know it unless it is remedied the discontents of democracy run the risk of engulfing modern societies as we know it and the blame will squarely fall on us.