Did Putin “Vote” for Biden? 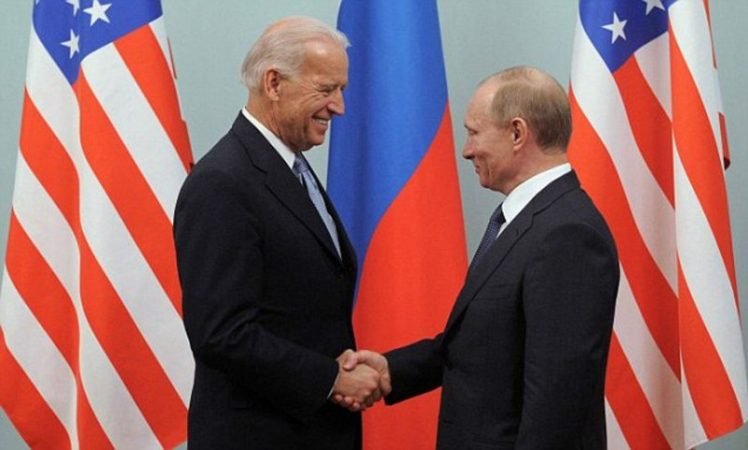 EXECUTIVE SUMMARY: After four years of supporting Donald Trump, Russian President Vladimir Putin tried to curry favour with Joe Biden days before the US presidential election. He did this despite Biden’s sharp anti-Russian rhetoric and amidst the Democrats’ four-year-long accusation that Trump had colluded with Russia (with Biden himself calling Trump “Putin’s puppy”). Putin will never allow personal preference of one leader over another to override Russian national interests, and it is those interests that will dictate his diplomatic approach to President Biden.

Vladimir Putin has repeatedly said the Kremlin will work with any US president. Yet during the 2016 election, the Russian press was hostile toward Donald Trump’s rival, Hillary Clinton, right up to the day of the election. This was not entirely surprising, as her adviser, Mike Morell, a former acting director of the CIA, endorsed Clinton’s call to kill Russians and Iranians in Syria in an interview in August 2016. Iran and Russia, he said, should “pay a price” for their interventionism, and under a Clinton administration the US was going to arm friendly resistance groups and instruct them to kill Iranian and Russian personnel inside the country.

Trump, on the other hand, favored de-escalating US military involvement in what he saw as senseless wars in Syria and Afghanistan. Overall, Trump proposed much friendlier policies toward Russia than Hillary. Naturally he had Putin’s support.

Trump seems to have naïvely interpreted his first-term relationship with Putin as unconditional support, and even tried to get mileage out of that false premise in the 2020 elections. He said in one of his speeches, “He likes me and I like him.”

However, speaking at a meeting of the Valdai Discussion Club via video conference call on October 22, 2020, Putin disagreed with Trump that Biden’s son, Hunter, was involved in a criminal enterprise in Ukraine. He said, “Yes, in Ukraine [Hunter Biden] had or maybe still has a business, I don’t know. It doesn’t concern us. It concerns the Americans and the Ukrainians. …Yes, he had at least one company…and judging from everything he made good money. I don’t see anything criminal about this; at least we don’t know anything about this [being criminal].”

Putin’s exoneration of Biden clearly put into question the premise that Russia unconditionally supported Donald Trump. A day earlier, on October 21, 2020, Putin also signaled that for ideological reasons he was not hostile toward Biden or the Democrats. He argued that on the contrary, there exists an ideological basis for Russian cooperation with the Democrats:

First, the Democratic party is traditionally closer to so-called liberal values, closer to social democratic ideas, compared to Europe. And it was from the social democratic environment that the Communist Party evolved. In other words, this can be seen as an ideological basis for developing contacts with the Democratic representative. …After all, I was a member of the Soviet Communist party for nearly 20 years… I believed in the party’s ideas. I still like many of these left-wing values. Equality and fraternity. What is bad about them? In fact they are akin to Christian values.

This was a remarkable statement for Putin, a leader who has repeatedly condemned the “godless Bolsheviks” in his own country, as well as the Bolshevik revolution. The Russian president has not only forsworn communism in Russia but supports and is backed by the Orthodox Christian Church. He wears his mother’s cross, shows visitors to his dacha around his private chapel, and supports his co-religionists, as did the tsars.

Trump’s naiveté about Putin is by no means unique among US leaders. President George Bush, when asked by reporters if he trusted Putin, famously replied, “Yes, I looked the man in the eye. I found him to be very straightforward and trustworthy. …I was able to get a sense of his soul; a man deeply committed to his country and the best interests of his country.”

He got the second part right. However, Bush’s defense secretary Robert Gates had a different view. He looked into Putin’s eyes and saw a “stone cold killer.”

There is also Secretary Hillary Clinton’s ill-fated emotional “resetting” of the US relationship with Russian FM Sergei Lavrov in 2009, when the US glossed over the impact of Russia’s military intervention in Georgia a year earlier. “Forgiveness” did not quench Putin’s appetite for pieces of Ukraine.

Similarly naïve was President Obama’s March 25, 2012 assurance to Russian leader Dmitri Medvedev, to be passed to Putin, that “This is my last election. After my election I will have more flexibility.” Recorded accidentally on a hot mike, this assurance from Obama hinted at possible concessions to the Russians after the election—a remarkable position to take in the absence of any serious strategic thinking on missile defense. Unfortunately, Obama’s earlier hesitation to enforce red lines in Syria against Bashar Assad’s use of chemical weapons against civilians contributed to Moscow’s decision in 2015 to intervene in Syria.

Many have repeated Winston Churchill’s famous quote, “I cannot forecast to you the action of Russia. It is a riddle, wrapped in a mystery, inside an enigma.” But only a few cite the second part of the quote: “Perhaps there is a key. That key is Russian national interest.”

In a television interview on October 10, Putin appeared to confirm this. “No friends in big politics,” he said, meaning national interests are what matter to him most. This principle was also his guide when speaking cautiously but clearly on prospective relations with Biden, even using Machiavellian ideological arguments to bolster his case for better relations with the likely winner of the US election.

Putin’s analysts at the Russian International Affairs Council (RIAC) of the Ministry of Foreign Affairs must have concluded that the intelligence services reporting from the US had been supporting the wrong man, as the likely winner would be Biden. Putin’s Secretariat thus prepared drafts of two interviews for the Russian media: one defending Biden’s son on his Ukrainian business dealings, the other on ideology. The Russian press was also instructed to refrain from its earlier vehement support for Trump. Pieces on this subject appear to have been missed by the White House.

If Biden is inaugurated the next president of the US, as appears likely, expect new diplomatic initiatives from Putin toward the new president. American policymakers must forgo the naiveté of former leaders about Putin. He is a crafty leader who has dealt with four US presidents. His many faces all assert the primary mantra of Russian national interests over personal like or dislike of foreign leaders. He will cooperate and forge agreements with them when it is in Russian national interests. After all—there are “no friends in big politics.”

Dr. Jiri Valenta, a former professor and coordinator of Soviet and East European Studies at the US Naval Post Graduate School, is author of Soviet Intervention in Czechoslovakia 1968: Anatomy of a Decision, with a foreword by Alexander Dubcek. He is a non-resident senior research Associate at BESA and a long-time member of the Council on Foreign Relations.