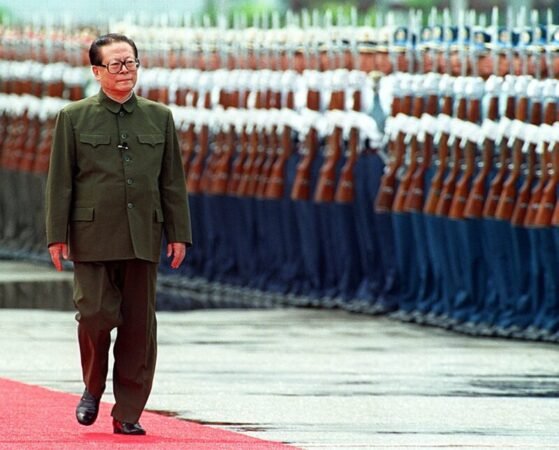 The Chinese president and senior member of the communist party Jiang Zemin passed away on November 30, 2022. More than a national and international figure, in terms of international relations he was a key transitional figure for China.

As a young vice-president of the Foreign Investment Commission, his lessons will be helpful to China in development. His position as mayor of Shanghai and his stance in favor of the Tiananmen Square repressions allowed him to be seen by President Xiaoping who then gave him the position of Zao Ziyang at the head of the Central Military Commission.

By the same token, he became an influential man in the country, and close to Xiaoping. He remains in the shadow until the day he becomes the most influential man in the country, under the eyes of Deng Xiaoping. His predecessor understood that keeping a hand on the politbureau, will generate the continuation of the dynamics that he has put in place. The lesson that Ziyang will not forget with Hu Jintao his successor.

The strategy of opening china for business launched by Deng Xiaoping to end the autarkic will of the Great Helmsman was continued and intensified. More than the continuity of this policy, the work of Jiang Zemin, is one of the keys to the modern rise of China on the international scene. During his tenure, diplomatic conflicts around Tibet, Taiwan and the Dalai Lama highlight the modern Chinese diplomatic strategy. Finally, after the transition, it is also the advent of the Chinese economic power which from year to year will grow to become the first world economic power facing the United States.

On the international scene, his action is described as passive, unfortunately, we do not replace ourselves in the context of the time. China is saying goodbye to the age of the Helmsman and is moving into the area of a modern authoritarian country, which talks with Western powers such as the United States, and France. The relations between President Zeming and Jacques Chirac have been rather cordial and the development of economic cooperation with China has intensified since 1999.

We can see his diplomatic action as the consolidation of international relations, started by Deng Xiaoping. With some countries like France, the intensification of this one has been beneficial for China and France. China remains traditionally attached to France, as France was the first developed country to reintroduce diplomatic relations with Beijing. Subsequently, the United States, and most Western countries, have recognized the principle of one China. The Taiwan issue was central to President Zeming. He nevertheless proceeded to the retrocession of Hong Kong and another Chinese territory.

Jiang Zeming’s intra-state development policy was aimed at developing the poorest provinces to help the country’s overall development in the future. China has lost a man who is a strong symbol for Chinese institutions. Sign of a period of transition, of enrichment, of development for the poorest provinces. Which generated the Chinese diplomatic way as we know it. More than all that, a testimony of the old China of the Timoniers, by the death of Zeming, China loses a page of history and a new one. China loses a page of history and a personality, symbolic, and popular on the international scene.