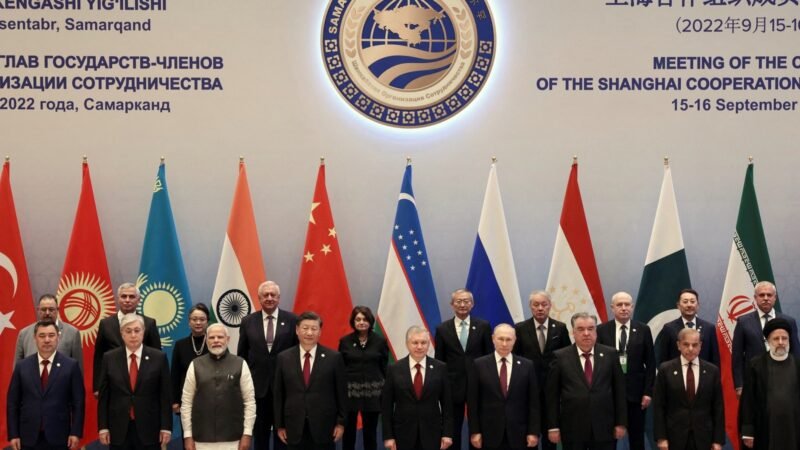 A youth delegation from the Central Asian States visited India to strengthen the age-old historical and cultural linkages between India and countries in Central Asia. The Indian Prime Minister also hosted the inaugural India-Central Asia Summit earlier in January 2022 (PIB 2022). The purpose of this article is to investigate the geopolitical and geoeconomic significance of the region from the Indian perspective as the relationship between the two communities goes from strength to strength.

The Soviet Union’s ‘strategic backyard’, America’s ‘greater Middle East’, and China’s ‘new Far West’, Central Asian region, even if labelled differently, holds unique importance, considering its vital resources of uranium, hydrocarbons and oil and its physical proximity to South Asia. Due to its geopolitical significance, Central Asia has attracted several regional and trans-regional entities. Russia, America, Europe, and China are the major actors in the development of ‘The New Great Game’, which also includes Iran, Turkey, and Pakistan as regional powers. India is viewed by the United States as a counterbalance to China’s and Russia’s influence (K.B. 2012: 104 -122).

Given its geographical closeness to conflict-ridden parts of the Asian Continent, any significant political and military development in this region has the potential to impact Russia’s, China’s (Xinjiang), and India’s (Kashmir) internal security. Along with the geopolitical location, Central Asia holds one of the largest reserves of energy resources, making it an ultimate destination for major superpowers of the world, vying to establish their dominance.

India was a diplomatic latecomer to the CAR and hence is “under-involved” in the area, even though it is seen as India’s ‘extended neighborhood’ by foreign policymakers. With such a great tussle going on amongst the superpowers, India needs to take stock of its interests in the region.

USA vs Russia vs China

Central Asia has become the battleground for the three global giants to establish their hegemony over this energy-rich region. The American policy with Central Asian states has been targeted at encouraging their collaboration with US and NATO stability operations in Afghanistan and their efforts to combat terrorism, proliferation, and trafficking in guns, narcotics, and people. Other goals of the U.S. include encouraging free markets, democratization, human rights, energy development, and the establishment of East-West and Central Asia-South Asia trade linkages. Through these activities, it can be said that the USA is trying hard to tackle the deadly combination of Russia and China in their backyard (Nichol 2014).

China’s current interests in the region are primarily driven by its need for energy due to its rapidly expanding industrial base; and its desire to prevent terrorist operations in the Xinjiang province. China has launched a massive campaign against the Uighur Muslims working on stability in the Western Chinese region. Some of the steps the Chinese government took in 2012 to expand its influence include a proposal for Turkmenistan gas that directly competes with the TAPI pipeline; a proposal for a rail link between China and the POK through the Kashgar Special Economic Zone; a Turkmen-Afghan-China pipeline; and the building of a railway line between China-Kyrgyzstan-Uzbekistan (Kucera 2013).

Russia has been heavily involved in pipeline politics. It has focused its geopolitical efforts on controlling direct export routes to Europe rather than through Central Asia because the CARS and European nations’ agreements will be at the expense of Russia. This is because gas from the area is transported to European markets via the Russian pipeline infrastructure, which it inherited from the USSR. The planned Eurasian Economic Union (EEU), unveiled by Vladimir Putin in 2011, is yet another Russian proposal aimed at limiting the area of influence of Western nations. The initiatives have been dubbed an “attempt to re-Sovietize the region” (Clover 2012). The Eurasian Union will draw the economies of the post-Soviet states into a closer Russian orbit, thereby strengthening Russia’s influence over their politics.

What is in for India?

A common cultural spectrum has helped India in establishing itself vaguely in parts of Central Asia. CAR’s strategic significance has grown exponentially for India. Several factors, including the region’s vast hydrocarbon and natural oil reserves, China’s expansive strategic and economic presence in the region, and the US withdrawal from Afghanistan, have made it critical for India to increase its interaction with the CAR and Afghanistan on a strategic, political, and economic level.

India has geostrategic interests in the area since Central Asian countries embrace peaceful Islam. It is in India’s long-term interests that none of these nations fall under the sway of radical Islam, which might lead to the export of Islamic terrorism to India, which is currently dealing with a separatist movement in the region of Kashmir. India has a Joint Working Group Mechanism on Counter-Terrorism with Tajikistan, Uzbekistan, and Kazakhstan (Roy 2012).

India also has strategic interests in preventing Pakistan from increasing its geopolitical power with the United States, Russia, and China. Its significance is emphasized by the fact that the United States relies on Pakistan to assist it in combatting Islamic terrorism.

Additionally, Central Asia holds some of the world’s largest gas and oil fields. Kazakhstan, Turkmenistan, and Uzbekistan for example possess more than 25 billion barrels of proven oil reserves and at least seven trillion cubic meters of natural gas reserves. As the petroleum resources of Central Asia came to international attention, the region has become the new destination for international oil companies and the great powers.

In 2012, India’s Minister of State for External Affairs E. Ahamed outlined some of the elements of India’s ‘Connect Central Asia’ policy which aimed at a new outlook towards Central Asia- India relations. The new mantra on which the entire policy was based – Commerce, Connectivity, Consular, and Community aimed at bringing a paradigm shift in the earlier shared connections, by setting up the parameters for exploring new fields for cooperation.  The Connect Central Asia policy is comprehensive and emphasizes cooperation in all areas, including politics, culture, and defense, as well as energy, oil, and natural resources. The policy calls for the establishment of academic institutions, medical facilities, information technology (IT) centers, a telemedicine e-network linking India to the CARs, joint business ventures, improved air connectivity to boost trade and tourism, collaborative scientific research, and strategic alliances in matters of defense and security.

The Dialogue intends to bring together professionals of the Track II level, including academics, specialists, and diplomats to foster a deeper understanding of one another’s policies, interests, and concerns. Security cooperation includes conducting collaborative research on military-defense matters, coordinating counterterrorism measures, and working closely on Afghanistan, whose security is critical for both India and Central Asia. India is looking to leverage its strength in the IT sector to create a Central Asian e-network connecting all five Central Asian states with its hub in India to provide Tele-education and telemedicine connectivity.

The military presence of India in the Central Asian States is very significant to ensure peace and stability in the region. This is because of the imminent threat of Pakistan and terrorist-led organizations on Indian assets working in Central Asian Republics. India has upgraded the Ayni Airport near Dushanbe, which is fully operational along with a military-civilian hospital in Tajikistan. India can root for having a security dialogue with the Central Asian states by altering their focus on the West. India has been providing training to the young cadets of the Tajik, Uzbek, and Kazak armies. Recently, India delivered two MI-8s in exchange for torpedoes, and negotiations on signing a formal defense cooperation agreement with the Central Asian States are well underway.

What should India do?

India must first maintain its existing level of participation by successfully putting its ‘Connect Central Asia’ agenda into practice. Second, India will need to devise a novel regional cooperation framework to deal with issues that restrict its interaction with the area. Most crucially, when developing India’s strategy toward the area, emphasis must be given to Central Asia’s security and economic concerns.

When seen from the perspective of gaining access to rich energy resources as well as establishing a foothold in a rising market for export, India’s efforts to strengthen connections with Central Asia seem understandable. India’s development cooperation with Central Asia is projected to increase given the country’s growing foreign policy interests in the region. Faster development cooperation between India and Central Asian nations would be advantageous to both parties since India could get access to the region’s abundant natural resources and developing markets while Central Asia could obtain the right technology and knowledge from India. As a result, improving ties between India and Central Asia would be advantageous for all concerned nations, including Afghanistan.