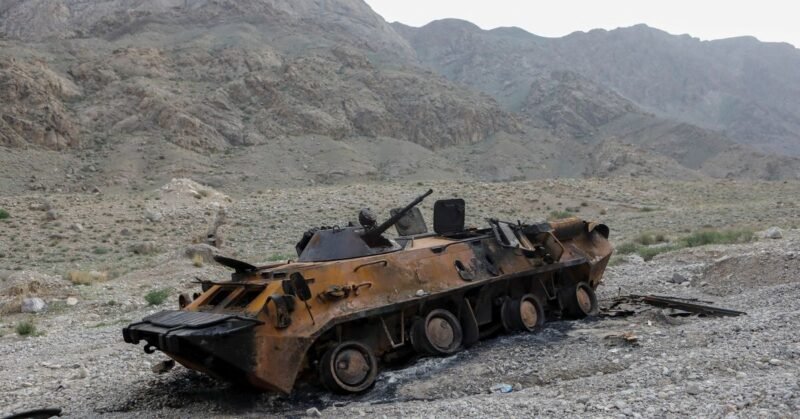 It is not the first time when the two countries’ forces come face to face, as several border clashes have been recorded earlier. Starting from the formation of the Union of Soviet Socialist Republics (USSR), the Kyrgyz and Tajiks fought over border issues several times, including in 1936, 1938, 1969, 1975 and 1989, but conflict became more frequent after the independence of Central Asia since the border dispute is now between two sovereign countries. Kyrgyzstan and Tajikistan share 971 km long border territory, of which only 519 km has been officially demarcated, and the remaining is unmarked and contested. It becomes very crucial to analyse and understand the actual causes of the ongoing border confrontation between two neighbours and its potential impact on the region, including the ongoing regional integration process.

Soviet legacy: With the formation of the USSR, the Central Asian region was brought under the Soviet system, which was highly centralised. The Soviet Union introduced several policies in Central Asia in the name of development, such as rapid industrialisation, forced collectivisation of land, pastoral and livestock, delimitation of borders, compulsory migration, which led to a shift in ethnic demography and arbitrary border delineation, especially in Ferghana valley (spread across eastern Uzbekistan, southern Kyrgyzstan and northern Tajikistan). During the Soviet era, Central Asian borders were drawn and redrawn multiple times, which led to the formation of enclaves. This delimitation was done to fulfil the USSR government’s economic and administrative needs to weaken the tribal groups’ solidarity by shifting them from one region to another and changing their ethnic composition.

The Tajik communities in the pre-Soviet era mostly followed a sedentary lifestyle and had limited livestock, unlike their Kyrgyz neighbours, who were nomads and had a culture of earning their livelihood from livestock. The Soviet government tried to change all this by encouraging Tajiks to keep more livestock, which was later redistributed to collective farms. Since the Tajiks living in border areas did not have enough grazing land for their ever-increasing livestock, their dependence on Kyrgyz pastoral lands increased drastically. This system somehow remained functional till the disintegration of the USSR.

Following the collapse of the USSR, the newly formed Central Asian countries retained the complex border demarcation of the Stalin era (in the 1920s), which has been the primary cause of confrontation for the last three decades. Independence itself could not bring peace in the region as both the countries have been marred by endless confrontations, especially on their Batken (Kyrgyzstan) and Sughd (Tajikistan) province borders. The talks to demarcate the borders remain unproductive because both countries have conflicting claims over the disputed territory. Tajikistan acknowledges and insists on restoring the border, reflected in 1924-1927 maps, whereas Kyrgyzstan wants to follow the 1958 maps drawn after many waves of resettlement. The clash between the two countries happened on 28th April 2021 and is one of the most violent conflicts in the recent times, in which at least 45 people were killed, and more than 40,000 people were displaced.

Inefficient use of natural resources: According to the reports, the contested border issue has resulted in more than 150 conflicts in the past ten years. Most of the time, the cause of the dispute was fear of losing out on natural resources, such as water and land. Kyrgyzstan and Tajikistan share about 40 water channels and signed agreements during the Soviet era and after independence, but still, the situation at the border gets hostile even on small issues. Some water channels originate in Tajikistan and others in Kyrgyzstan, which creates problems related to upstream and downstream. The downstream population (be it Tajik or Kyrgyz community) complains about the limited water supply for irrigation, as they argue that most of it is used and controlled by the upstream population. The pipelines, water tanks and other infrastructure, which are used for irrigation are ancient and, therefore, inefficient in handling the ever-increasing water demands in the region.

The Tajik’s Soviet legacy of using the pasture land of Kyrgyz has also ended with the disintegration of the USSR, but their dependence on each other for their needs is still very much relevant. Kyrgyzstan’s government’s move to legally prohibit foreigners from using their pastoral land has raised significant issues for Tajik herders. The absence of any official demarcation of border territory makes the confrontation at borders inevitable because there is lack of information about the location of disputed territory among the border communities.

Most studies suggest that the scarcity of natural resources is the leading cause of the conflict. However, according to Toktomushev (2018), the above claim is not entirely valid, as the major problem is not scarcity but its inefficient allocation and use. Authorities of both countries are not dedicating enough funds to develop infrastructure in border areas as the territory is still contested, which makes the situation even worse.

Kyrgyzstan and Tajikistan have initiated multiple talks to solve the border issue and demarcate the territory, but because of their disagreements, it has failed so far. Many policymakers see border demarcation as a solution, but Gulzana Kurmanalieva (2019) argues that above dispute may persist even after agreed demarcation. She notes that “demarcation and delimitation of borders can be complicated, troublesome when considering the location of houses of border communities”. For Parviz Mullojanov, the solution of this recurring conflict is to agree to joint use of Land, water and road in the contested region. Regional cooperation is growing; early resolution can further boost the process.

The frequent border confrontations primarily impact the communities living in the region. Groups near border areas live under constant threat and insecurity. The loss of livelihood and its impact on the economy and society is enormous, increasing tension among the local groups. The tension at the border is discouraging growth and development in the region and forcing people to migrate for a safe and secure livelihood. Some people in both countries have also used these differences to gain certain advantages. The regular blocking of highways, water supply and other necessities can give rise to mistrust and scepticism among Kyrgyz and Tajik communities against each other, further aggravating the situation.

Kyrgyzstan and Tajikistan are neighbours who share a crucial border and are also part of important regional and international organisations (for instance, the Shanghai Cooperation Organisation, Collective Security Treaty Organisation, etc.). At this point, when Central Asia is being recognised for its abundant natural resources and is seen as an essential player in countering terrorism; maintaining regional stability becomes critical. Ensuring stability and security is essential for economic development and securing international and regional investments. The recurring confrontation between Kyrgyz and Tajik’s border forces can make the region insecure and hinder regional integration, which can further affect the region’s ongoing economic and connectivity projects.

Central Asia is landlocked, and its economy, politics and society is heavily impacted by connectivity with the outside world. All five countries of Central Asia are aware that they can only grow if they are together, so regional integration is the top priority. However, if the border conflict continues in Kyrgyzstan and Tajikistan, the tension can badly impact the regional cooperation agenda. This recurring conflict between Kyrgyzstan and Tajikistan can indirectly affect countries like India, which look forward to strengthen their connectivity to develop their trade and economic relations. The Central Asian region’s unity is vital for economic and social development.