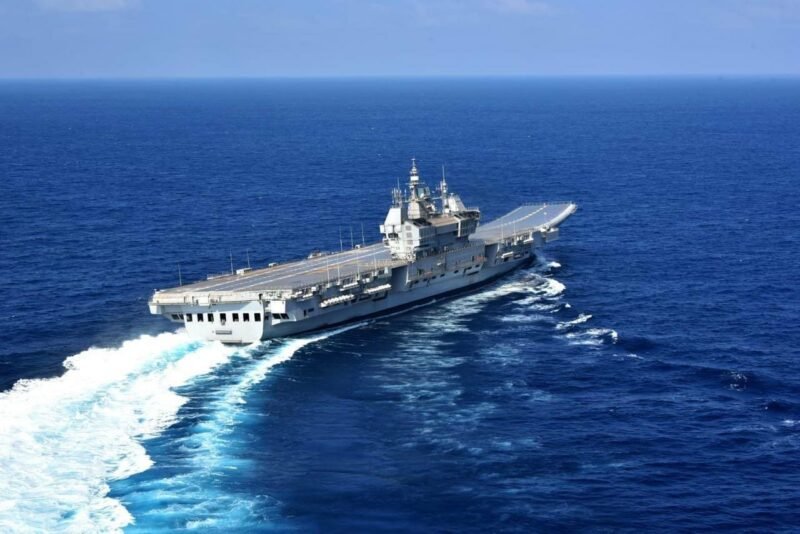 While commissioning INS Vikrant, the Prime Minister termed the event a “tribute” to India’s rising spirits on the world horizon.

“Today, here on the coast of Kerala, every Indian is witnessing the sunrise of a new future. This event held on INS Vikrant is a tribute to India’s rising spirits on the world horizon,” the Prime Minister said. “Vikrant is huge and special. Vikrant is not just a warship. This is a testimony to the hard work, talent, influence and commitment of 21st century India.”

Designed by the Indian Navy’s in-house Warship Design Bureau (WDB) and built by Cochin Shipyard Limited, a Public Sector Shipyard under the Ministry of Ports, Shipping and Waterways, Vikrant has been built with state-of-the-art automation features and is the largest ship ever built in the maritime history of India.

The indigenous aircraft carrier is named after her illustrious predecessor, India’s first aircraft carrier which had played a vital role in the 1971 war. It has a large number of indigenous equipment and machinery, involving major industrial houses in the country as well as over 100 Micro Small and Medium Enterprises (MSMEs).

With the commissioning of INS Vikrant, India now has two operational aircraft carriers bolstering the maritime security of the nation.
INS Vikrant, built at a cost of around Rs 20,000 crore, successfully completed its fourth and final phase of the sea trials last month. With the construction of ‘Vikrant’, India has joined a select group of nations having the niche capability to indigenously design and build an aircraft carrier.
The ship has over 2,300 compartments, designed for a crew of around 1,700 people, including specialised cabins to accommodate women officers.
Vikrant has a top speed of around 28 knots and a cruising speed of 18 knots with an endurance of about 7,500 nautical miles. The aircraft carrier is 262 metres long, 62 metres wide and it has a height of 59 metres. Its keel was laid in 2009.

The commissioning of India’s first indigenous aircraft carrier is a momentous occasion during the ‘Amritkaal of India’s 75 years of independence and signifies the country’s confidence and prowess.