The uncertainty in Russia-Central Asia energy relations since the dissolution of USSR: The Chinese factor 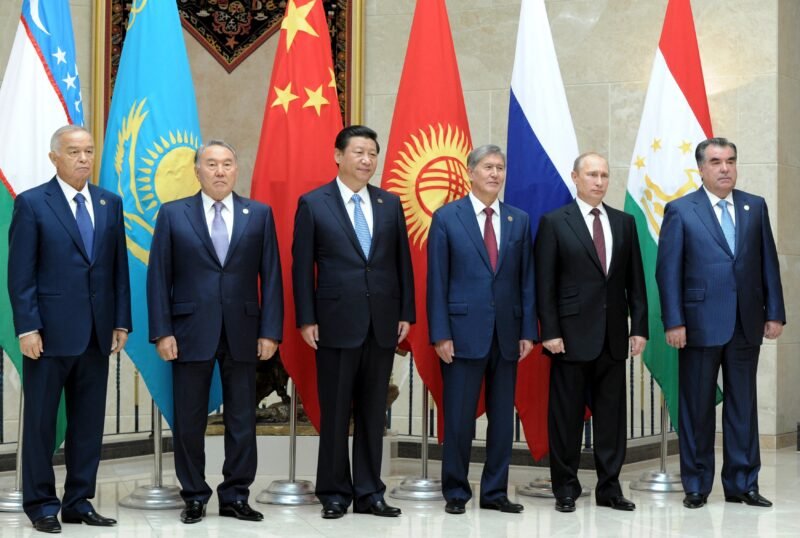 Because of global and local causes, the Central Asian energy sector has been facing developments and challenges. Central Asia, which was formerly the sole domain of Tsarist, Soviet, and post-Soviet Russia, has evolved into an area where key global powers battle over the region’s natural wealth.  The “Great Game” waged between Tsarist Russia and the imperial British in the mid-nineteenth century shaped the geopolitical dynamics of the region. The rise of various powers such as China in global relations, as well as competition for access to finite sources of energy, primarily oil and gas, have sparked a resource war known as the “New Great Game,” which has the potential to predict the course of the regional and international geopolitical landscape.

This is escalating into a geopolitical game that involves complex diplomatic challenges involving both competition and cooperation between Russia and China in the region. The Sino-Russian collaborative relationship is now more of a possibility as Russia’s relations with the EU and US over Ukraine have broken down. China and Russia share an ambition to undermine the international system’s principles, commanded by western entities. Their partnership, however, is delicate and complicated, with scepticism on both ends on a variety of issues. The Central Asian battleground is a place where the contradicting balance of contest and collaboration is clearly visible. The competence of Russia and China to resolve their tensions and adapt the jargon of engagement into concrete advantages has been challenged in this resourceful arena.

The Rise of Russian Uneasiness in Central Asia: The Chinese Factor

In the face of China’s Belt and Road project, the possibilities for Russia’s Eurasian Economic Union are dismal. For the time being, the initiative is rather secure, but fears of turbulence in South and Central Asia have led Beijing to significantly increase its security strategy in those areas. Conjectures and assumptions filled with frustration on both ends may dampen the Sino-Russian relationship. China’s long-term objectives with regard to Moscow are ambiguous since it plans to have a dynamic and operational role in both the regional and world arenas. China’s choices will determine the direction of Sino-Russian ties, while Russia will only be capable of retorting.

Beijing has relinquished challenging security vulnerabilities in Eurasia to Moscow as a result of this acquiescence, but while expanding Chinese apprehensions about destabilization in Central Asia and Afghanistan have piqued Beijing’s intrigue in becoming a security supplier for the area, a step that might ignite tensions with Moscow in the long term. So far, Russia and China have effectively handled their disputes in Central Asia thus far, but long-term contrasting objectives linger. China’s ambitions to pacify Central Asia are focused on economic power rather than defensive means. Beijing, contrary to Moscow, is not seeking to showcase its geopolitical clout or secure a spot in the area. As part of China’s Go Out strategy, the Chinese objective in Central Asia is to develop foreign markets for Chinese enterprises involved in construction and building projects. This helps to minimize surplus capacity in certain areas at home while also providing openings for Chinese businesses and investors overseas. While Russian firms are interested in competing in numerous Central Asian capital projects, the market is already saturated with Japanese, South Korean, Turkish, and other firms, most of which are more productive than their Russian equivalents.

While the Belt and Road Initiative (BRI) has evolved into a powerhouse for uniting China’s immediate and long-term development programmes in the area, trade is the engine that powers China’s engagement with Central Asia. Since the 1990s, when transaction levels ranged between $350 million and $750 million a year, trade volumes between China and the five regional countries have increased dramatically. In 2016, trade levels with the region totalled $30 billion, far exceeding Russia’s yearly business with the region. Energy exports and other mineral wealth have fueled this expansion, which has entailed billions of dollars in energy building projects and Central Asian energy property deals. Since independence, China has invested $42.8 billion in Kazakhstan, and its credits to the government have topped $50 billion as of June 2017.

China’s economic expansion in the area astounded both Russia and the Western powers. While Moscow attempted to prevent Western ambitions to build a pipeline throughout the Caspian Sea to deliver Turkmen and other Central Asian gasoline to Europe in the mid-2000s, China penetrated the Turkmen market and swiftly conquered it. After a three-year interruption, Turkmen gas shipments returned to Russia in 2019. Natural gas exports to Moscow are governed by a contractual deal struck in 2003, which was temporarily suspended in 2014-2015 due to a dispute over fuel prices and availability. The procurement of Turkmen gas by Russia is a geopolitical as well as an economic strategy. The inexpensive Turkmen supplies are intended to augment Russian internal use while also expanding gas supplies for Russian shipments.

China’s rise to prominence in the region’s transportation and energy sectors, as well as its expanding role as Central Asia’s preferred financier, has far-reaching strategic implications that should alarm Moscow. The secluded and landlocked region used to rely on Russia to market its products and environmental assets to foreign markets decades ago. Moscow gained immense clout as a result, allowing it to keep control over what it viewed to be its exclusive zone of interest. Also, with the Central Asia–China networks and pipelines, which started building in 2007, China, not the West, undermined Russia’s stranglehold on Central Asian energy export channels. Moreover, Beijing’s BRI seems to have more momentum in the region than America’s New Silk Road programme and has a decent possibility of connecting Central Asia to non-Russian consumers.

Is There Uncertainty in Russia’s Central Asian Energy Ties?

Russia has always remained Central Asia’s most important business supplier. However, over the last decade, economic relations between Russia and the region have declined. Russia’s trade balance with the region was $18.6 billion in 2016, compared to $30 billion for China during the same year. Since 2014, Russia’s financial woes have exacerbated the country’s declining role in the area. Kyrgyzstan, for example, terminated a plan to set up five hydropower stations with multiple Russian enterprises in 2016, alleging the Russian firms’ failure to get funding.

The disintegration of the Soviet Union did not entirely cut links between Central Asian countries and Russia, which had existed for a long time. In truth, bouncing back from much of the demise of the Soviet Union, Russia has begun to resurrect its old clout. The energy industry was one of its main focuses. The Russian pipeline connections were the only means for isolated Central Asian producers to reach foreign markets within the energy mass transit left over from the Soviet era. Central Asia–Center, the region’s giant gas pipeline system, was built to transport Turkmen energy to and beyond Russia, as well as to post-Soviet states and European customers. Russia was indeed and continues to be, the primary gateway region for Kazakh oil destined for Europe.

Russia uses tactics like leveraging its transportation dominance to reap economic benefits; holding other big powers interested in the region’s hydrocarbons at bay, and utilizing its energy dominance to bolster its power and influence in the post-Soviet states. Nevertheless, Russia’s dominance in the energy export network began to be threatened in the 2000s. China built new transit systems despite Russia’s economic crisis, which was exacerbated by sanctions. All significant Russian business initiatives in Central Asian energy have been put on hold as a result of European restrictions. Due to their substantial dependency on the Russian pipeline network, Central Asian producers were forced to sell their gas to Russia, which diverted part of their supply to its southern regions and the balance to Europe at twice or triple the price. Price wars were, in fact, the main reason why these exporters began looking for additional markets and expanding their natural gas pipeline channels.

The United States’ foreign policy has recently experienced losses in the Central Asian region, wherein its influence had risen substantially after the 9/11 attacks. Current occurrences strongly imply the growing coordination involving Russia and China in order to limit the United States’ reach in Central Asia. In the same way, their objectives in Central Asia combine aspects of partnership and competition, lowering the likelihood of Sino-Russian hegemony in the region. Considering their commonalities and expanding energy partnerships, it is a paradox that their energy cooperation has also been frozen for many years. Both China and Russia envisioned future energy partnerships at the turn of the twenty-first century. Nevertheless, this required over 15 years to reach an agreement.

Aside from its primary interest in securing and exploiting energy resources to maintain its economic progress, one of China’s primary concerns for the region appears to be the preservation of sociopolitical equilibrium through economic cooperation. Given the instability in the Arab World and Ukraine, both China and Russia are concerned about the risk of political uncertainty in Central Asia. They both prefer to sustain rather than threaten the established order. They are apprehensive about terrorism spreading from conflict countries to the Central Asian region. Their approaches to regional stability are varied. China focuses on soft power while Russia is focusing more on hard power. Instead, China is more concerned with establishing a secure and safe perimeter around its near border. Chinese ambitions in Central Asia essentially stem from a drive to not only secure and improve its western area, but rather to integrate it with the rest of the world over its borders. It’s difficult to say how Russia regards this because it will depend on whether China harms Russian interests in the region.

Russia has effectively utilized Central Asian countries’ reliance on Russian-controlled energy settings to acquire potential advantages and political leverage. Apart from Kazakhstan, energy ties between Russia and Central Asian countries have altered dramatically in the last decade. As a result, Russia no longer has the ability to impose the conditions of energy trade deals as it had done before. Solid and rapid interstate collaborations with China are one option that Russia can pursue in order to maintain its thinning grip on its backyard.

Russia is engaged in using its strong historical and cultural connections to maintain its threatened status quo in the region. It is aware of the Chinese threat, but it also understands the possible American encroachment and the strong Chinese economy, which the central Asian countries are interested in. This pressurizes Russia into adopting both cooperative and competitive kinds of relationships with the Chinese. This energy politics is intertwined with other geopolitical factors such as pipeline transportation routes, the region’s political status quo, increasing extremist players, and new players such as MNCs and other countries in search of resources. This paper contends that Russia’s dominance over Central Asian energy politics is under threat, with China’s entry being the primary source of concern.