West must realise their contribution in subsidizing harmful fishing, before dictating terms to others 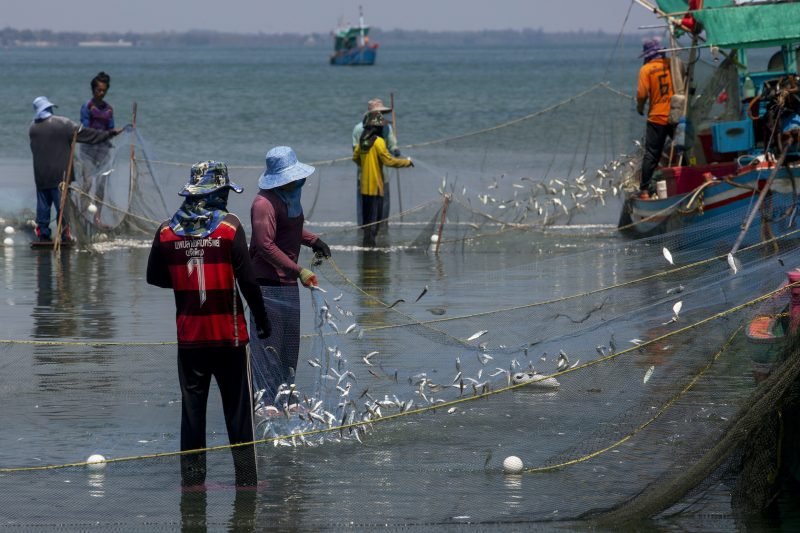 On many occasions, India showed reluctance in withdrawing subsidies and benefits, from the fishing sector, in the name of “freer trade” or environment. Today, when the Minister of Commerce and Industry, Piyush Goyal is again negotiating the terms of WTO’s so-called agreement draft to curb harmful fisheries subsidies, India is again in news for emerging as a protectionist in the interest of its domestic fishing industry.  This is when India’s total subsidies to the fishing sector are close to 0.6% of the global subsidies to support 14 million fishers, that is 23% of the global fishers’ population.

This is true that the agreement was not drafted in a day, month or year, but it is a result of negotiations which lasted for more than 20 years. However, It will not be inaccurate to claim that when the Ministerial Conferences 2001 joined chairs to discuss production norms in the fishing industry for a “sustainable future” per se, they perhaps have ignored an important aspect which distinguishes between fishing for earning a livelihood and corporate fishing. India’s main subsidies are directed to the small fishers whose livelihood for generations depends only on fishing.

India’s subsidies to the fishing sector is already insufficient to cater for the needs of fisher families. In 2018, for instance, India spent less than 8% of the United States’ overall subsidies to the fishing sector. As Piyush Goyal noted, India provides less than $15 per year to each fishing family, whereas developed countries are spending tens of thousands of dollars every year on each.

Looking at the data, the Marine Fishers Census of India 2016, which includes data from 13 Indian coastal states, clarifies that out of 3.77 million fishermen nearly 67.3% are earning less than $1 a day, which categories them as below the poverty line (BPL). Almost 90% of fishers in India are traditional fishers for generations, suicides among fishers are as common as among farmers in India. In 2019, perhaps, right after the general elections, situation of families on the coast made the Modi administration establish a new ministry to oversee the fishing activities (along with animal husbandry and dairy).

Mounting debt on fishers led to a difficult situation in the recent years for these families, furthermore, the pandemic contributed well to worsening the situation. If the government withdraw even a part of the subsidies they are providing there is a strong probability that they will push fishers out of fishing and for the traditional fisher families that will act as the worst nightmare one could ever imagine.

In the United States, fishing is indeed resulting in overfishing which is pushing fishers for subsistence out of their traditional activities. It is common for western countries to subsidies corporate activities which result in a harmful impact on people and the environment. The US alone pays $22 billion in such subsidies. It is worth noting that the total subsidies by high HDI countries compose of 87% of the total global subsidies to fishing. It is mainly because in the high HDI countries encourage corporate fishing whereas the low HDI countries mainly provide subsidies for maintaining the level of subsistence and support small fishers. Most of these subsidies, globally, are given as fuel subsidies followed by tax exemptions, which is clearly the reason of overfishing. It is intuitive to understand where the developing countries (excluding China) stand in overfishing. China played a significant role, as when the west looked towards the east to account for their contribution they only see China which composes of the world’s largest contributors to this problem followed by the European Union and the USA.

It is not just unfair but unethical to push subsistence fishers into new trouble and make them leave fishing in low and middle-income countries just because some countries played unfairly for years for their business gains and promoted corporate fishing to the extent that their benefits and subsidies resulted in overfishing, as well as, terrible impact on the environment.

Aru Bhardwaj is a Rome-based foreign and economic policy enthusiast