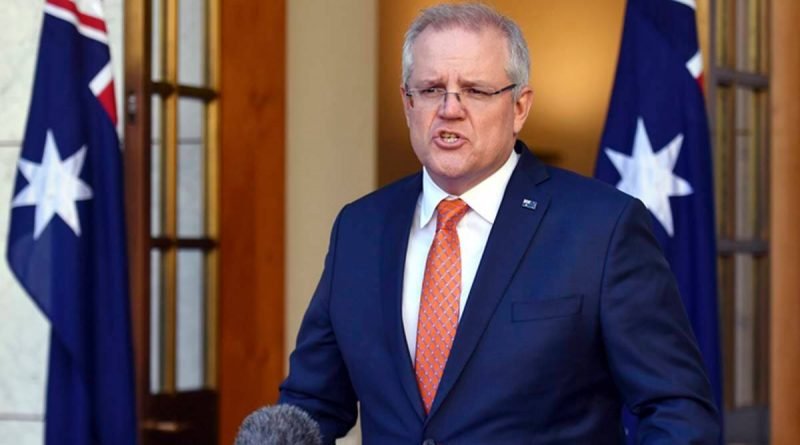 Australia will respond calmly to the Solomon Islands after it signed a security pact with China, Prime Minister Scott Morrison said, dismissing a furious response by the leader of the Pacific nation to Western criticism of the deal.

In a fiery speech to parliament on Tuesday, Solomons Prime Minister Manasseh Sogavare said “we are threatened with invasion” but he did not name any countries or give evidence for his claim.

“None of that is true,” Morrison said on Thursday, responding to questions from reporters.

Defence Minister Peter Dutton said he didn’t believe the comments were directed at Australia, which had defence forces and police personnel in the Solomon Islands at Sogavare’s request.

“I can understand the pressure that Prime Minister Manasseh Sogavare is under at the moment, but in Australia, as he said, he finds a good friend,” Dutton said.

“We haven’t been asked to withdraw,” he added.

The security pact has become a major election issue for Morrison, who faces opposition party criticism that it made Australia “less safe” and was a major failing of diplomacy by his government. Western allies are concerned it could provide a gateway for a Chinese military presence in the Pacific.

In an election debate on Thursday, the opposition Labor Party said that the relationship with the Solomon Islands had deteriorated, and that Australia needed to invest more in Pacific diplomacy, not just build its defence spending.

“They have failed the art of statecraft,” said Labor’s defence spokesman, Brendan O’Connor.

Although details of the pact haven’t been disclosed, Sogavare has ruled out a military base and said the deal covers policing to protect Chinese projects because an agreement with traditional partner Australia was “inadequate”.

Sogavare criticised Australia for referring to the Pacific as its “backyard”, saying this was an insulting term in local culture, where backyards are used to keep chickens, pigs and rubbish.

Asked why he had not spoken to Sogavare directly since the pact was signed, he told reporters: “I am following very carefully the advice we get from our security intelligence agencies.”

Sogavare made the invasion comment during a parliamentary debate and in response to criticism of the security pact from his country’s opposition parties, provincial leaders and local media.