Understanding the recent visit by Prime Minister Deuba to India 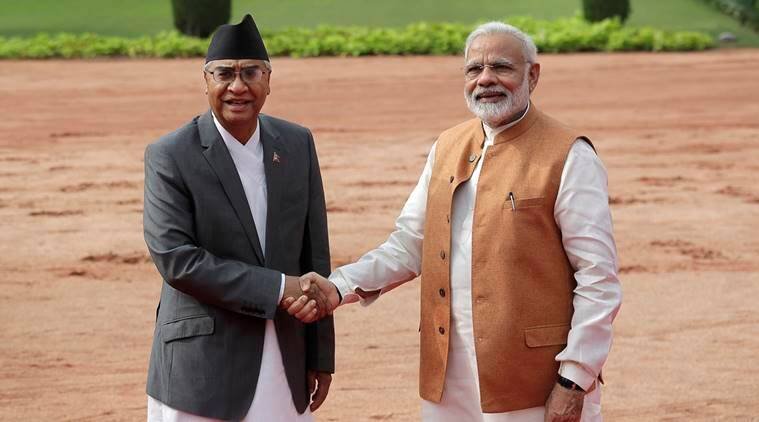 The recent visit by Prime Minister Deuba to India will it be leading to a permanent thaw in the making especially when the India-Nepal relations have been strained in recent years?

Prime Minister Sher Bahadur Deuba’s visit to India from 1-3 April 2022 was largely a visit focused on connectivity, energy and economic cooperation. This was Deuba’s first foreign visit after assuming the office of the Prime Minister for the fifth time in July 2021. One of the areas of priority in Indo-Nepal cooperation has been the electricity sector comprising generation, transmission and electricity trade. It is a beneficiary situation for both sides.

Nepal has alleged in the past that as a producer of electricity, it has been difficult for it to access the Indian market. This recent visit was supposed to help in clearing such problems in the electricity sector. As a marker of the new thaw-in-the-making, the vision statement on power sector cooperation included Bhutan, Bangladesh, India and Nepal (referred to as BBIN) to work together in the electricity sector. This will help India even further enhance its reputation as a reliable partner. Deuba appreciated India’s efforts to put in place “cross-border electricity trade regulations that have enabled key partners like Nepal to access India’s market and trade power with India”. He also acknowledged India’s contribution to developing Nepal’s power sector, through capacity building and direct support to infrastructure projects related to generation and transmission. There are positive signs that all this may lead to a coordinated response in the national grids and creation of an integrated electricity grid for seamless transmission of power across the borders.

As a significant marker, Deuba also visited the BJP Headquarters. His purpose of visiting them was to have party to party relations. Such initiatives could help because in the future if there is a problem in Nepal or India-Nepal relations then they have contacts in the ruling party to solve it, though it is true that he visited primarily because he was invited by the BJP President JP Nadda. But the Nepalese people did not like that he visited, as there was some criticism around it whether or not he had breached the protocol.

Before the current visit of Prime Minister Deuba to India, Former Prime Minister and CPN-UML Chair KP Sharma Oli in front of the Central Committee meeting said that the Deuba Government has failed to take up the boundary issues with India but without any reason created border disputes with China. He also said “Instead of taking serious diplomatic initiatives to establish Nepal’s administrative presence and ownership in the territories including Lipulekh, Limpiyadhura and Kalapani, the new map of Nepal has gone missing in a number of government documents,” as far as resolving this boundary issue goes Prime Minister Modi and the MEA are positive about diplomatically resolving it.

The year 2019-2020 had been quite bitter in the India-Nepal relations after Nepal’s new map showed the Indian areas of Limpiyadhura, Kalapani and Lipulekh. It came in the wake of the seventy-five kilometre-long Lipulekh road being built by India, which led to Kailash Mansarovar. The ratification of this new map by a two-thirds majority of the Nepalese Parliament presents a serious problem for India.

However, the then Prime Minister Oli in his final days as Prime Minister had tried to stabilize the relationship with India. This was reciprocated from the Indian side with high-level visits including from the RAW Chief, Foreign Secretary Shringla etc.

India was the facilitator of that 12 point agreement signed in 2005 in New Delhi between the seven political parties and Nepal communist party (Maoists). Apart from it, in 2015 there was a blockade by the Madhesis due to their quest for an effective say as the elite did not want to give them an equal representation in a new constitution. Historically Madhesis have been discriminated. Therefore, there was a feeling that views and concerns of every group in the Nepali society should be taken into consideration. During the Madhesis agitation of 2007-2008, a promise was made to them that they would be incorporated into the Constitution. Due to the agitation and the blockade, it became difficult for Indian essential goods to reach Nepal.

The Communists in Nepal blamed India for the blockade. It was nothing but Nepal deftly playing the China card. It led to the 2015 visit of the Foreign Secretary Jaishankar to Nepal for persuading the then President Ram Baran Yadav. The Jaishankar visit was to convey a message that the Nepali Constitution would require the inclusion of the Madhesis. Still, the Nepalese elite refused to pay heed to the subtle Indian persuasion.

Nepal is not only a foreign policy issue but the domestic issue for India. India-Nepal relations have a very strong, old relationship. This means there is a strong underpinning to the relationship with the foundational structure being cultural and people to people connect. This centuries-old bond is best described as roti-beti relationship. This links the people residing in the Indian states like Bihar, Uttar Pradesh, Sikkim and Uttarakhand which share a long border with Nepal.

It is good that India has put behind the unsavory period when it was unhappy with PM Oli not only due to the map issue but also an aggressive anti-India platform that brought Oli to power in 2017. Historically, the Royalists promoted anti-India propaganda in the form of nationalism. It was a common agenda of the Royalists and the Communists after King Mahendra overthrew the multi-party democracy.

Having learned lessons, now India should focus on the economic issues to build the bridges since there is an aspiration of the Nepalese people to move forward on the path of development. The age-old and ancient links on the bedrock of roti-beti relationship and religio-cultural links would provide a strong impetus for a way forward. It has enough strength to effectively neutralize any China threat that India faces in Nepal.

The big takeaway of this visit by Deuba was that it helped build trust and confidence at the highest political level, for example Prem Khanal, Assistant Professor at the Department of International Relations and diplomacy of Tribhuvan University said “There was a lack of communication between Nepal and India at the highest political level after Nepal issued a new political map,” further he added “This visit has broken the status quo.”

So essentially a permanent thaw is difficult to achieve quickly and this makes it mandatory to observe silent diplomacy, especially from the Nepalese side by ensuring India is not used for political gains inside domestic Nepalese politics.