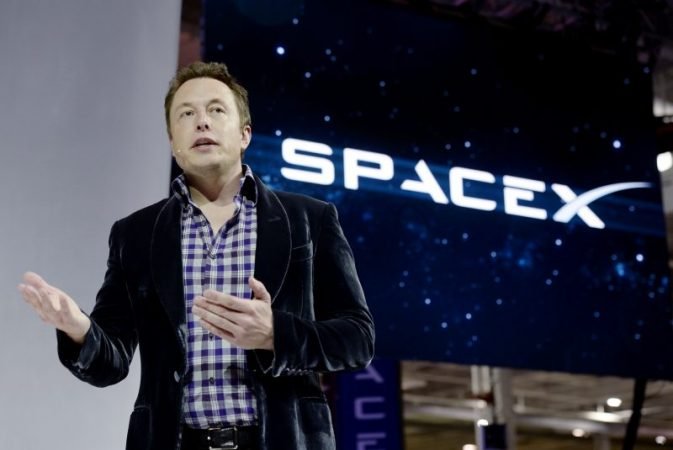 HAWTHORNE-CA-MAY 29: SpaceX CEO Elon Musk unveils the company's new manned spacecraft, The Dragon V2, designed to carry astronauts into space during a news conference on May 29, 2014, in Hawthorne, California. The private spaceflight company has been flying unmanned capsules to the Space Station delivering cargo for the past two years. The Dragon V2 manned spacecraft will ferry up to seven astronauts to low-Earth orbit. (Photo by Kevork Djansezian/Getty Images)
PDF Button

Elon Musk is no longer joining the board of Twitter, the CEO of the social media company said late Sunday, in a reversal less than a week after announcing the Tesla chief would be appointed.

Musk was named to join the Twitter board after buying a major stake in the firm and becoming its largest shareholder.

“Elon has decided not to join our board,” Twitter CEO Parag Agrawal tweeted.

“Elon’s appointment to the board was to become officially effective 4/9, but Elon shared that same morning he will no longer be joining the board,” Agrawal said.

“I believe this is for the best.”

Currently the world’s richest man and with more than 80 million followers on the microblogging platform, Musk last week disclosed a purchase of 73.5 million shares — or 9.2 percent — of Twitter’s common stock.

“Elon is our biggest shareholder and we will remain open to his input,” Agrawal added.

Billionaire tech entrepreneur Musk is a frequent Twitter user, regularly mixing in inflammatory and controversial statements about issues or other public figures with remarks that are whimsical or business-focused.

He has also sparred repeatedly with federal securities regulators, who cracked down on his social media use after a purported effort to take Tesla private in 2018 fell apart.