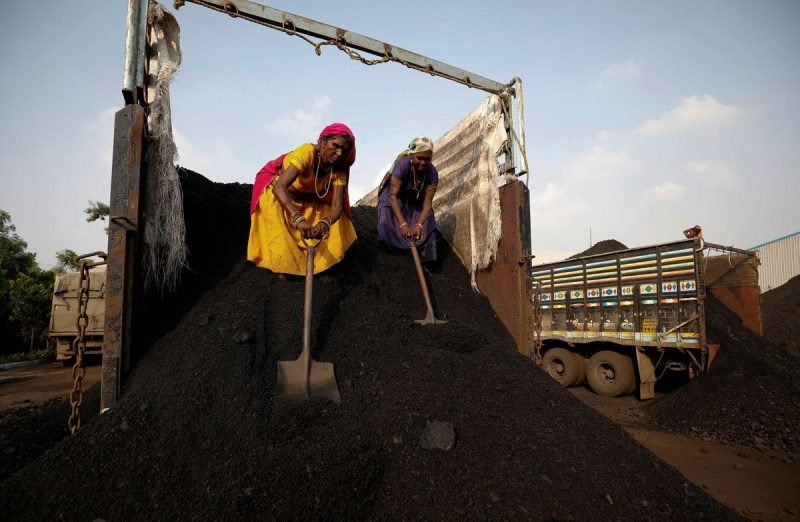 Workers unload coal from a supply truck at a yard on the outskirts of Ahmedabad, India October 12, 2021. REUTERS/Amit Dave
PDF Button

India’s coal imports from Russia in March could be the highest in more than two years, data from research consultancies showed, as Indian buyers continue buying the fuel from a market that is now increasingly isolated by sanctions.

Vessels carrying at least 1.06 million tonnes of coking coal, mainly used for steelmaking, and thermal coal, used primarily for electricity generation, are set to deliver the fuel at Indian ports in March, the highest since January 2020, data from consultancy Kpler showed.

Russia, usually India’s sixth largest supplier of coking and thermal coal, could start offering more competitive prices to Chinese and Indian buyers as European and other customers spurn Russia because of sanctions, traders said, adding that the trade could also be boosted by a rouble-rupee trading arrangement.

About 870,000 tonnes of Russian coal have already delivered or are expected to be delivered at Indian shores until March 20, the highest since April 2020, Indian consultancy Coalmint says.

The number would be higher if more coal was loaded at Russian ports since mid-February, as it typically takes about a month for Russian vessels to deliver to India, said Aditi Tiwari, coal market head at Coalmint.

“Indian buyers have taken a backseat after the SWIFT ban and sanctions on Russia. They are looking out for alternatives from Australia and the U.S,” Tiwari said.

A number of Russian banks have been cut off from the SWIFT secure messaging system that facilitates cross-border payments.

But at least three vessels carrying coal set sail to India from Russian ports after Russia launched its invasion of Ukraine on Feb. 24, according to Refinitiv vessel tracking data and an industry source.

“Indian buyers are still getting coal from Russia into the market here, but are starting to find it increasingly difficult because banks are not willing to open letters of credit,” the industry source said.

“Bankable long-term customers are being handed over coal on a trust basis, while relatively new customers aren’t able to procure coal because of financing issues,” the source said.

V R Sharma, the managing director of Jindal Steel and Power Ltd (JSPL), said importing from Russia would be difficult unless there is a “rupee-rouble” trade.

India is exploring ways to set up a rupee payment mechanism with Russia to soften the blow on New Delhi of Western sanctions imposed on Russia.

“If rupee-rouble trade is approved, then we can get coal at affordable and cheaper prices from Russia,” Sharma told Reuters.

JSPL is among the importers from Russia in March, along with Tata Steel , Kalyani Steels and JSW Steel . JSW declined to comment, while Kalyani and Tata Steel did not respond to Reuters requests seeking comment.

A trader at Sibuglemet, one of Russia’s major exporters, said the firm and his competitors are continuing to supply coal to India, but said “some issues are appearing.”

“Tomorrow, if they were to put strict controls on payments, then trade would be organised through buyers in other countries,” he said.