World, covid-19 and after 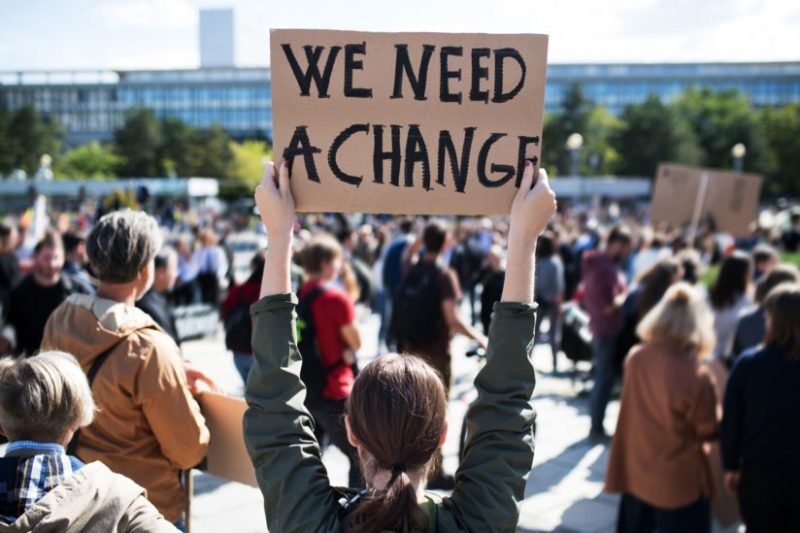 A global pandemic is just the latest thing to affect the future of today's young adults. (Photo/Shutterstock)
PDF Button

COVID-19, caused by newly discovered coronavirus has resulted in havoc not only on the professional and private lives of the people but at the international level too. This coronavirus pandemic has resulted, for the meanwhile, into a policy of protectionism yet engagement by the states, non-effective working of the international institutions and a few countries adopting the policy of containing China. People of the planet may pay an excellent fare in terms of loss of liberty within the post-COVID-19 world. Willingness has been shown by Europe to sacrifice private liberties so as of more state control.

Most of the countries had adopted the “flatten the curve” phenomena and “break the chain” (by quarantining) to contain the spread of the virus, this pandemic resulted in countries adapting border controls and restricting the movement, which, however, didn’t spare its spread. It was, however, believed that lives would get on track until it was hit by the third wave of the virus, Omicron. COVID-19 has posed problems in the arena of global population mobility and global food supply too. The countries already in conflict with each other regarding the matter of population mobility such as the conflict between Greece and Turkey, the USA and Mexico and others, COVID-19 would play as one of the reasons for movement restriction.

John Mearsheimer in his book, “the tragedy of great powers politics”, 2001, pointed out that China aims to become the regional hegemon of Asia, as he believes that becoming the global hegemon is impossible in today’s world, and the US would try to prevent that. Nevertheless, this prediction is what can be seen today in US-China relations.

US and China, two have always looked at each other as competitors and that competition continues even during the pandemic, however, be it the US or China, neither of them now is capable enough to sit on top of the other. There is a shift in relationships between countries and hence domination of a single hegemon is less likely to happen. The view US leading the world has diminished not just at the international order but its people are too losing faith in the US’s ability to lead. The US has always played a decisive role by moulding thoughts to threats caused by terrorism, proliferation or by climate change but no country has looked upon the US to fight this pandemic. COVID-19 has led to a more fragmented world order where there are no clear future fundamental organizing principles.

Interestingly, the country held responsible for unbridling the virus has become a major legatee as some countries are now looking for leadership by China. With that, instead of criticising and asking for the rejuvenation cost, countries should consider it as an example similar to the way the UK did in the 1850s (it realized that it could learn from foreign producers).

Kishore Mehbubani (former UNSC president) opined, China will in the 21st century usurp the US as the world hegemon, however, he believes China is a status quo power and not a revolutionary one, with that, clash with China is both inevitable and yet avoidable. If we think of the post covid world then it would be wrong to predict to isolate China. The following could be the plausible reasons for non-isolation, there is an increase in China’s industrial production rather the fact other countries are taking a hit, the declining oil prices will make China recover fast and Beijing’s offered aid and expertise to countries in need and increasing cooperation with its rival-Japan. However, there is so much interconnectedness and interdependence, both geopolitically and culturally, that it would be hard or nearly impossible for any country to cease their relationship with any country on which they are dependent. This could be observed from the great recession of 2008 i.e the subprime crisis. This and a series of such other crises determines that there hasn’t been deglobalisation rather “slow globalisation”, there have been new technological developments leading to more international connectedness to face these crises.

In addition, isolationism in today’s world would mean cutting off the learning capacity from different prospects. The way in the mid-nineteenth century there was a demand for foodstuffs and in the 1970s there was a demand for oil and commodities, similarly, in the 2020s there is a demand for medical equipment due to COVID-19. To meet these, stepping up the production and trading internationally (with products being reliable yet cheap) is the urgent need of the hour. With that, the suspension of economic activities and restrictions on the export of agricultural productions by some countries may increase the chance of famine in some other countries. The UN World Food Programme warns COVID-19 to be a cause of famine in many countries, thus, increasing the number of people living in hunger to 130 million in the world.

The adequate adaptation of measures to cope with such situations keeping up with sustainable development is one of the main concerns for the countries in the post-covid world.

Also, John Mearsheimer’s theory of “offensive realism”, however, claims that the main actors in the international system are states and their eventual goal is survival. Moreover, he opines international relations as nasty and dangerous business, and multipolarity gives rise to conflicts and instability. Despite this, there are presumptions that there would be multipolarity between different parties, with the United States China, Russia and European Union becoming new poles. However, at the macro level, the United States and the European Union may ally against China and Russia.

Opportunities for arms control with the basis solely on strategic state interests could be fabricated with the coupling of great power competition with economic pressures of COVID-19. This may lead to reduce arms race, stabilising competition and managing conflicts which may further incentivize non-proliferation. These would be more jolting to states to encourage arms control than post-cold-war cooperation. To maintain great power competition US, Russia and China may proceed to arms control. However, Russia has started pursuing the policy of selling weapons to the Chinese military, the way towards enhancing ties with China and challenging the US’s hegemony. Both the countries have started adopting combined technological innovations thus countering the US’s solo innovations.

The invigoration in populism and racism due to the pandemic has eroded the global governments’ ability to govern and take part in the international system. Nonetheless, the realization of fragility in the international system is something to be vitalized as an outcome of COVID-19. But the problem lies in the fact that once the pandemic is gone, it will be gone, and then the focus would shift to then “current problems.”

Rebooting globalisation and international governance, increase in momentum of great power competition and multi-polarization may become the key factors in the post-covid-19 world order. The challenge of the new upswing within the cycle of the economic process is to seek out ways to be told and adapt increasing the effectiveness of state and business without compromising basic values. Reminiscences of crisis can push countries and governments to adopt in 2022 and on the far side, even as they need before.

1.  Managing a Post-COVID Global Order: Looking Through the Lens of International Relations | Diplomatist

2.  The Coronavirus Pandemic and the Limits of Realist International Relations Theory (foreignpolicy.com)

5.  The Impact of COVID-19 on Patterns of International Relations and the World Order – The Dig