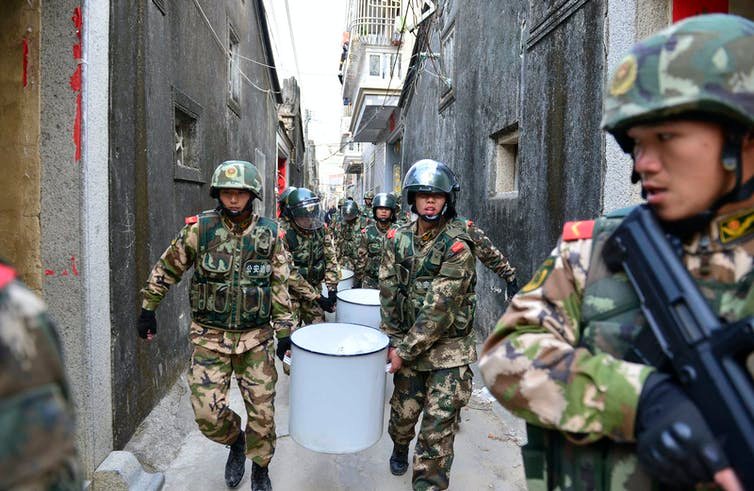 Transnational organised crime [from now on TOC] organisations are self-contained groups that operate entirely or partially illegally and across borders. As a mode of operation, such peace and development deviant organisations seek new ways to gain power, influence, and money in the region. TOC groups can operate in various structures, including hierarchies, clans, networks, and cells, and evolve into others. These organisations are typically blinkered, and they protect their operations through corruption, violence, international trade, complex communication mechanisms, and an organisational structure that takes advantage of national borders.

TOC is a significant and growing threat to national and international security, with disastrous consequences for public safety, public health, democratic institutions, and global economic stability. It jeopardises border security, endangers health through human trafficking and counterfeit pharmaceuticals, and attempts to corrupt officials domestically and internationally. These threats include criminal penetration of vital global energy and strategic material markets and logistical support to terrorist outfits.

UN Assessment of the problem

Apropos to research by the United Nations Office on Drugs and Crime [from now on UNODC], criminal syndicates have transformed the region’s drug trade, with the methamphetamine market worth over USD 61 billion per year in East and Southeast Asia.

The report, Transnational Organised Crime in Southeast Asia: Evolution, Growth, and Impact, is the region’s most comprehensive review of organised crime and related illicit activity in more than five years.

The Regional Drug Task Force reported that the illicit drug trade in the region has expanded at an unprecedented and hazardous rate, pointing to an increase in meth production and trafficking, primarily from Myanmar. In the report, corruption among governments aggravates the problem, while a lack of accountability and inadequate criminal justice responses have aided migration-related crimes across the region.

Recognising the importance of addressing transnational crime from a regional perspective, the Philippines hosted the inaugural Meeting of ASEAN Ministers of Home Affairs on Transnational Crime in Manila on December 20, 1997. Apart from providing an opportunity for the Interior and Home Ministers to exchange views on the transnational crime situation in ASEAN, the meeting also reflected the negative impact of such on Member Countries and the need for enhanced regional cooperation in fighting crime. The signing of the ASEAN Declaration on Transnational Crime by the Ministers was the meeting’s high point. ASEAN’s initial efforts to combat transnational crime were focused primarily on drug abuse and trafficking, which were prevalent crimes at the time and hampered ASEAN’s growth and vitality. Over time, transnational crime has become more prevalent, diverse, and organised due to technological advancement and comparatively placid portability of people and resources across national borders.

Terrorism, drug abuse and trafficking, financial frauds, arms smuggling, trafficking in women and children, and piracy are among the many new forms of organised crime that transcend national borders and political sovereignty that the region must deal with.

As a result, new security, border management, and crime prevention capacities must reflect this nature and reflect greater regional cooperation. According to the UNODC’s first risk assessment, the threat of all crimes in the region is already medium to high and is only likely to worsen. As a result, ASEAN member states must keep up with their economic integration agenda and TOC growth.

From the Indian perspective, religious radicalisation is a significant threat from TOC in Southeast Asia because many such organisations are religiously motivated due to the persecution of religious minorities by the ruling authorities. The spread of these ideologies throughout the region jeopardises India’s internal security. Apart from that, the link between maritime terrorism and piracy could jeopardise the inhabited islands of Andaman and Nicobar, which militants could use to establish a base for their operations and brings them in the impacting vicinity to the Indian borders. Apart from that, northeast India and Bangladesh are witnessing a narco-terrorism danger as drug traffickers have shifted their shipping and distribution routes. According to the study, the rebel commanders participating in the syndicate have recently used the Indo-Bangladesh border in their transactions. The term “Golden Triangle” is frequently used in narcotics trafficking in northeast India.

This area, which includes Myanmar, Laos, and Thailand, is renowned as one of the earliest and most infamous routes for drugs delivery to Europe and other parts of the world. This terrible region is also recognised as Southeast Asia’s primary opium-producing zone. With internet retailers, access to narcotics has grown easier than ever before, and significant drug marketplaces on the darknet market are now worth around $315 million by 2020. In China and India, peddling is mainly associated with the transportation of medicines offered on the 19 major darknet markets studied between 2011 and 2020. On the darknet, cannabis dominates drug transactions, whereas the transparent web features the selling of Narcotic Narcotics and Psychotropic Ingredients (NDPS) and substances needed to produce synthetic drugs.

The Covid-19 crisis has driven over 100 million people into abject poverty and worsened job insecurity and inequities, with the world losing 255 million jobs through 2020. Acute mental health problems are also on the rise across the world. Such economic pressures are significant contributory factors to have exacerbated drug demand.

The impetus must be laid on practical international cooperation in security, intelligence, and law enforcement regarding the attempts to counter such organisations. Even the most powerful countries in the region cannot effectively confront the challenges of TOC on their own. This is not the time for increased nationalism or policies that lead to political isolation; instead, formidable efforts need to be taken to prosper the formation, functioning and effectiveness of a coalescing and focused workforce to counter malignant organisations that have a highly corrosive societal and economic impact. In light of this thought, a necessary first step to combat TOC is bettering the international or, more specifically, the region’s intelligence collection, analysis, and counterintelligence on TOC.

The formation of ASEANAPOL serves as a concrete step towards eliminating TOC syndicates. It resulted in increased collaboration with law enforcement authorities at the International, National, state, local, and even territorial levels. Such a multilateral organisation also improved the understanding of TOC involvement in illicit commercial sectors, allowing policymakers to develop more targeted interventions. The goal is ultimately to improve intelligence across the borders, with a focus on significantly improved signals intelligence (SIGINT), human intelligence (HUMINT), and open-source intelligence (OSINT) so that the act of crime can be quashed at the roots of its origin.

In October 2021, as per the United Nations data, ASEANAPOL in Laos has made the most significant single narcotics seizure ever recorded in Asia. According to the UN’s crime agency, officers stopped a vehicle carrying 55 million methamphetamine pills and more than 1.5 tonnes of crystal meth after authorities intercepted a vehicle transporting beer kegs in Bokeo, Thailand, close to the Myanmar border. Police also seized a total of 16 million amphetamine tablets in two different investigations, setting a new record. This sufficiently speaks for the collective effort’s deterrent to the Transnational Organised Crime mafia circles by restraining them from their primary money source.