Nicaragua seizes former Taiwan embassy to give it to China 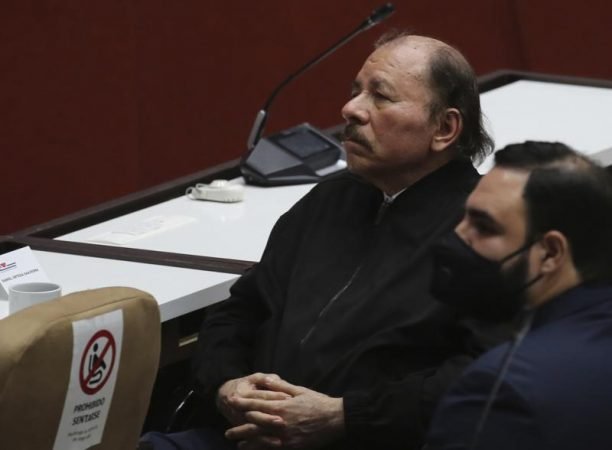 The Nicaraguan government has seized the former embassy and diplomatic offices of Taiwan, saying they belong to China.

President Daniel Ortega’s government broke off relations with Taiwan this month, saying it would recognize only the mainland government.

Before departing, Taiwanese diplomats attempted to donate the properties to the Roman Catholic archdiocese of Managua.

But Ortega’s government said late Sunday that any such donation would be invalid and that the building in an upscale Managua neighborhood belongs to China.

The Attorney General’s Office said in a statement that the attempted donation was a “manuever and subterfuge to take what doesn’t belong to them.”

Taiwan’s Foreign Relations Ministry condemned the “gravely illegal actions of the Ortega regime,” saying the Nicaraguan government had violated standard procedures by giving Taiwanese diplomats just two weeks to get out of the country.

It said Taiwan “also condemns the arbitrary obstruction by the Nicaraguan government of the symbolic sale of its property to the Nicaraguan Catholic church.”

Msgr. Carlos Avilés, vicar of the archdiocese of Managua, told the La Prensa newspaper that a Taiwanese diplomat had offered the church the property, saying, “I told him there was no problem, but the transfer was still in the legal process.”

The Central American country said in early December it would officially recognize only China, which claims self-ruled Taiwan as part of its territory.

“There is only one China,” the Nicaraguan government said in a statement announcing the change. “The People’s Republic of China is the only legitimate government that represents all China, and Taiwan is an inalienable part of the Chinese territory.”

The move increased Taiwan’s diplomatic isolation on the international stage, even as the island has stepped up official exchanges with countries such as Lithuania and Slovakia, which do not formally recognize Taiwan as a country. Now, Taiwan has 14 formal diplomatic allies remaining.

China has been poaching Taiwan’s diplomatic allies over the past few years, reducing the number of countries that recognize the democratic island as a sovereign nation. China is against Taiwan representing itself in global forums or in diplomacy. The Solomon Islands chose to recognize China in 2019, cutting diplomatic ties with Taiwan.

Taiwan depicts itself as a defender of democracy, while Ortega was reelected in November in what the White House called a “pantomime election.”

“The arbitrary imprisonment of nearly 40 opposition figures since May, including seven potential presidential candidates, and the blocking of political parties from participation rigged the outcome well before election day,” U.S. President Joe Biden said in a statement in November.

Nicaragua established diplomatic relations with Taiwan in the 1990s, when President Violeta Chamorro assumed power after defeating Ortega’s Sandinista movement at the polls. Ortega, who was elected back to to power in 2007, had maintained ies with Taipei until now.