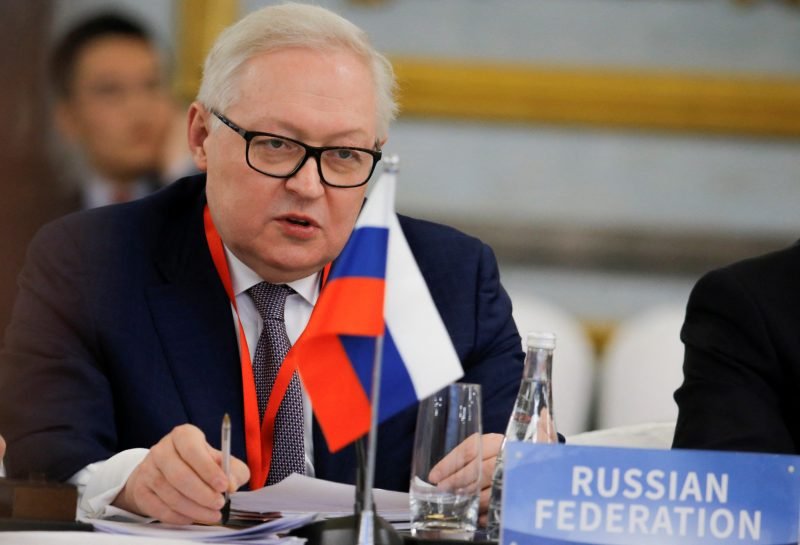 Russia said on Monday it may be forced to deploy intermediate-range nuclear missiles in Europe in response to what it sees as NATO’s plans to do the same.

The warning from Deputy Foreign Minister Sergei Ryabkov raised the risk of a new arms build-up on the continent, with East-West tensions at their worst since the Cold War ended three decades ago.

Ryabkov said Russia would be forced to act if the West declined to join it in a moratorium on intermediate-range nuclear forces (INF) in Europe – part of a package of security guarantees it is seeking as the price for defusing the crisis over Ukraine.

Lack of progress towards a political and diplomatic solution would lead Russia to respond in a military way, with military technology, Ryabkov told Russia’s RIA news agency.

“That is, it will be a confrontation, this will be the next round,” he said, referring to the potential deployment of the missiles by Russia.

Intermediate-range nuclear weapons – those with a range of 500 to 5,500 km (310 to 3,400 miles) – were banned in Europe under a 1987 treaty between then-Soviet leader Mikhail Gorbachev and U.S. President Ronald Reagan in what was hailed at the time as a major easing of Cold War tensions. By 1991, the two sides had destroyed nearly 2,700 of them.

Washington withdrew from the pact in 2019 after complaining for years of alleged violations revolving around Russia’s development of a ground-launched cruise missile that Moscow calls the 9M729 and NATO refers to as the “Screwdriver”.

If NATO is right that Russia has already deployed this system in the European part of the country, west of the Ural Mountains, then Ryabkov’s threat is an empty one, according to Gerhard Mangott, an expert on Russian foreign policy and arms control at the University of Innsbruck in Austria.

But if Russia’s denials are true, he said, then Moscow’s warning is “the final signal to NATO that it should enter into talks with Russia about a freeze-freeze agreement.”

He added: “If NATO sticks with the position not to negotiate about a deal, then we will certainly see Russia deploy the Screwdriver missile at its very western border.”

Ryabkov has emerged in recent days as one of Moscow’s key messengers as President Vladimir Putin presses for Western security guarantees while facing warnings from the United States and its allies to back away from a possible invasion of Ukraine – something the minister again denied was Russia’s intention.

He repeated a comparison he made last week between the current tensions and the Cuban missile crisis of 1962, which brought the United States and Soviet Union to the brink of nuclear war.

Ryabkov said there were “indirect indications” that NATO was moving closer to re-deploying intermediate-range missiles, including its restoration last month of the 56th Artillery Command which operated nuclear-capable Pershing missiles during the Cold War.

NATO says there will be no new U.S. missiles in Europe and it is ready to deter new Russian missiles with a “measured” response that would only involve conventional weapons.

But Ryabkov said Russia had a “complete lack of trust” in the alliance.

“They don’t permit themselves to do anything that could somehow increase our security – they believe they can act as they need, to their advantage, and we simply have to swallow all this and deal with it. This is not going to continue.”