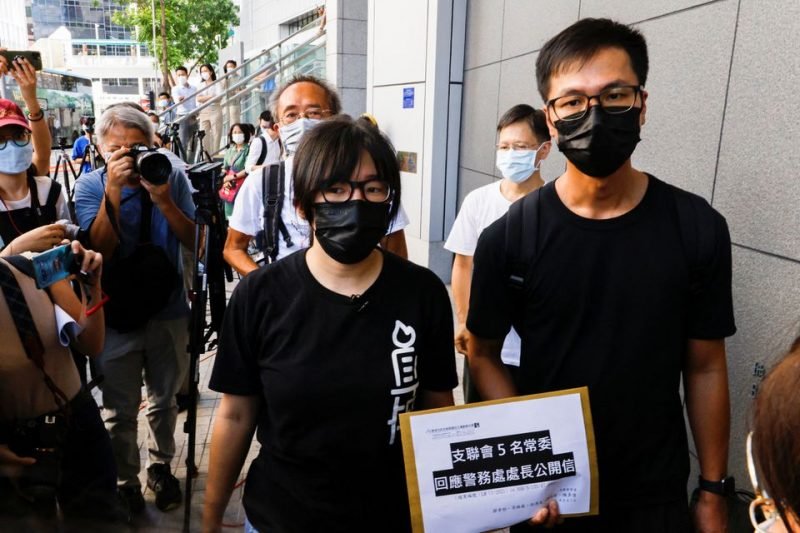 Eight Hong Kong pro-democracy activists were sentenced to up to 14 months in prison on Monday for organising, taking part in and inciting participation in a banned vigil last year for victims of China’s 1989 Tiananmen Square crackdown.

The former British colony, which returned to Chinese rule in 1997 with the promise of wide-ranging freedoms, traditionally holds the largest June 4 vigil in the world, but police have rejected applications for the last two vigils, citing coronavirus restrictions.

Critics said authorities used the pandemic restrictions as an excuse to block the commemoration. The city government rejected that.

The sentencing is the latest blow to the city’s democracy movement, which has seen dozens of activists arrested, jailed or flee the Chinese-ruled territory since Beijing imposed a sweeping national security law last year.

Judge Amanda Woodcock said the defendants “ignored and belittled a genuine public health crisis” and “wrongly and arrogantly believed” in commemorating June 4 rather than protecting the health of the community.

Media tycoon Jimmy Lai, 74, who is already in jail, barrister Chow Hang Tung, 36, and activist Gwyneth Ho, 31, received sentences of 13, 12 and 6 months, respectively. They were found guilty by the court last Thursday.

The three, the highest profile of the eight, had pleaded not guilty to all charges.

“If commemorate (sic) those who died because of injustice is a crime, then inflict on me that crime and let me suffer the punishment of this crime, so I may share the burden and glory of those young men and women who shed their blood on June 4th to proclaim truth, justice and goodness,” Lai said in a mitigation letter, handwritten in prison, ahead of sentencing.

Chow, in her mitigation said: “If those in power had wished to kill the movement with prosecution and imprisonment, they shall be sorely disappointed. Indeed what they have done is breathe new life into the movement, rallying a new generation to this long struggle for truth, justice and democracy.”

Five others who had pleaded guilty, including Lee Cheuk-yan, leader of the now-disbanded vigil organiser Hong Kong Alliance in Support of Patriotic Democratic Movements in China, were sentenced to between just over 4 months and 14 months.

“If there was a provocateur, it is the regime that fired at its own people,” an emotional Lee, who received the highest sentence of 14 months, told the court on Nov. 17.

All sentences will be served concurrently with any the defendants are already facing in other cases.

After mass pro-democracy protests in Hong Kong in 2019, the global financial hub has taken a swift authoritarian turn with Beijing’s imposition of a sweeping national security law last year impacting many aspects of life in the city.

China has never provided a full account of the 1989 crackdown on protest there that centred on Beijing’s Tiananmen Square.

The death toll given by officials days later was about 300, most of them soldiers, but rights groups and witnesses say thousands of protesters may have been killed.