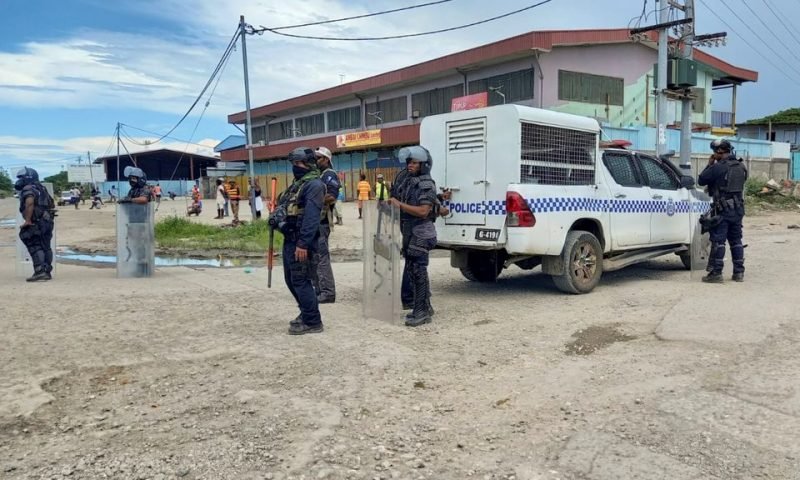 Solomon Islands Prime Minister Manasseh Sogavare on Monday survived a no confidence motion in parliament, after accusing the Pacific island nation’s most populous province of being “Taiwan’s agent”, and anti-government protesters of attempting a coup.

Dozens of buildings were burnt and shops looted in the capital of the Pacific island nation just over a week ago, in violence that killed four after Sogavare refused to speak with protesters who had travelled from Malaita province.

Domestic issues and disagreement over a 2019 switch of diplomatic ties to China from Taiwan have fuelled a dispute between the national government and Malaita, and church leaders have urged talks.

Amid fears that the result of Monday’s no-confidence vote could trigger more violence, boats have been banned from Honiara harbour, and more than 200 police and soldiers from Australia, Fiji, New Zealand and Papua New Guinea are on alert.

The no-confidence motion by the Opposition failed, with 15 MPs voting in support, 32 against, and two abstaining.

Sogavare, now in his fourth stint in office, rejected graft accusations, saying he would not submit to “calls to resign by Taiwan’s agents”.

“The call for me to resign and this motion was made against the backdrop of an illegal attempted coup,” he said, blaming the Malaita provincial government.

Taiwan has denied involvement in the unrest.

Sogavare said his cabinet made the decision to switch ties because China was an economic powerhouse, adding that it was unlawful for provinces to engage in diplomatic relations with other countries.

China had agreed to upgrade the Solomon Islands’ hospital and universities, parliament heard.

China’s embassy in the Solomons said any attempt to damage bilateral ties between China and the Solomon Islands was doomed to fail. China-Solomons Islands ties will overcome all difficulties, a statement from the embassy said.

Earlier, opposition leader Matthew Wale had told parliament Sogavare was “in the service of a foreign power,” accusing him of using money from China in a national fund to prop up his political strength before the vote.

“The prime minister is dependent on the National Development Fund (NDF) money to maintain his political strength,” Wale said. “How can he make decisions only in the interests of the Solomon Islands?”

The looting and violence that erupted on Nov. 24 must be condemned, he added, but said, “It pales in comparison to the looting that happens at the top.”

Malaita has a history of disputes with Guadalcanal province, where the national government is based, and opposed the 2019 switch of ties.

Its premier, Daniel Suidani, has banned Chinese companies from working in Malaita and has accepted U.S. aid.

About 1,000 people gathered in the provincial capital of Auki to listen to a livestream of the parliament session, a political aide to Suidani told Reuters.

Suidani is expected to make an announcement on Tuesday outlining a referendum for independence for Malaita, the adviser, Celsus Talifilu, said by telephone.