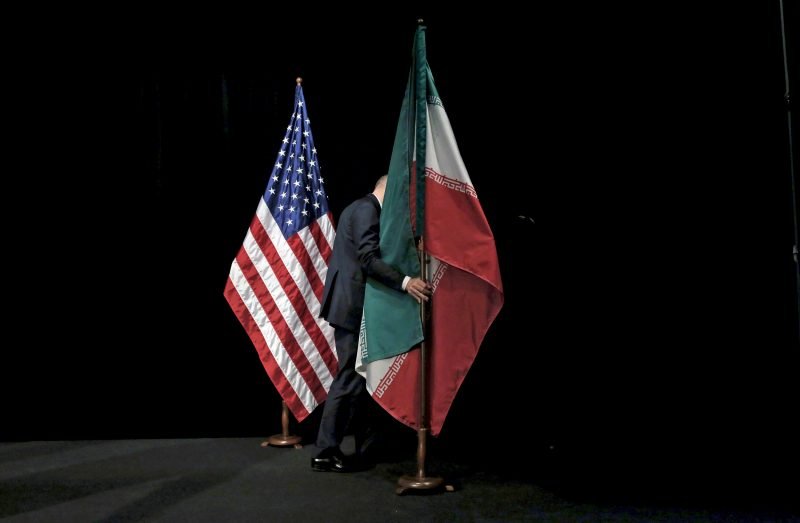 With almost a year in office now, President Joe Biden had in many ways defied his predecessor’s lack of charm in dealing with the world. His 11 months stint in office saw him openly proclaiming ‘America is back’ with renewed engagements with its allies, returning to institutions like WHO, UNESCO and committing America further in the carefully crafted world order post the Second World War.

Biden successfully pulled out of Afghanistan in August this year ending a 20-year-old fiasco. After ripping off the band-aid from a festering rotten wound, America and the Biden administration now faces a new challenge-revival of the famed Iran Deal. The Joint Comprehensive Plan of Action or the Iran deal was an agreement between the Islamic republic of Iran and the western powers creating condition for nuclear free Iran in return for normalcy of ties with the Islamic republic, much required for the cash strapped middle eastern nation. Signed in 2015 by Iran, the United States, and the rest of the P5+1 countries (China, Russia, United Kingdom, France, and Germany), the JCPOA set limits on Iran’s nuclear program such that the country wouldn’t be able to create a nuclear weapon for the duration of the deal. Tehran agreed to allow independent international inspectors to verify it was complying with the terms (like limits on uranium enrichment and centrifuges).

President Donald Trump sudden pullout from the deal which he called a ‘disaster’ after alleging violation despite contrary evidence of the international organization (International Atomic Energy Agency) was to many both a classic case of American unilateralism and his own uncouth style of conducting international politics.

President Joe Biden while running for office argued for a return to JCPOA in tandem with commonsense diplomacy and international norms, the approaching November 29 talks in Vienna are nothing short of an acid test for that promise. After a long stint of feelers to Tehran, the Biden administration goes to talks with the agenda of reinstating the deal given Tehran is willing to comply. Unless Tehran budges and agrees to it unconditionally, it would be difficult for Biden to return to the deal in 2015 form. While it is true that Iran was not in violation of the deal in any form, the political constituency of giving the Islamic Republic any leeway has evaporated in the US. Iran’s missile program has further caused consternation and Biden’s plummeting poll numbers and the recent backlash on his handling of the withdrawal from Afghanistan narrows the options of the return. Iran on its part is not wholly wrong in its distrust of the US, with a chequered past and more than often unilateral wrath of America bestowed on the republic, it has its well-founded reservations.

However, all’s not well for the Islamic republic, needless to say the sanctions triggered by Trump’s withdrawal from the deal has nearly crippled the economy. The European attempt to bypass the US with the Instex SAS, a ubiquitous barter model where European firms could cooperate with Iran and humanitarian aid would flow bypassing the US had also proven to be inadequate to tame the simmering wound. The hardliners in Iran earlier blamed Hassan Rouhani, the moderate President for the debacle triggering a rare constituency for hardliners to take control but with now with a hardliner, Ebrahim Raisi in charge, the clock for shifting the blame and doing something substantial is ticking.

To make matters worse, there are ‘Saboteurs’ of the deal too-Israel’s new leadership just a few days back opined that it wouldn’t be bound even if America comes back to the deal. The dislike of Saudi and its allies for Iran is an open matter. The recent bonhomie between the gulf nation and Israel promoted by the Abraham accords, the establishment of diplomatic relations between UAE, Bahrain and Israel signed by the previous Trump administration had brought these nations closer almost sidelining Iran in the region accentuating its nervousness.

Therefore, the road ahead is treacherous. It is almost certain that the deal in its current format would be scuttled unless the parties decide to budge and Biden and Raisi are willing to take political hits. What can happen instead is a bigger and improved cohesive mechanism involving not just the west but also China and Russia in bringing Iran to the table and chalking out a new agreement.

Both China and Russia benefit from a non-nuclear middle east. With the increasing perception of the decline of the west in Asian circles, Beijing and Moscow would certainly want to avoid a new nuclear power in their backyard. Europe is also wary of the after-effects of nuclear-armed Tehran and a possible exodus of people in the condition of a conflict attributed to increased tension in such case.

Washington, therefore, has to play on these when it meets Iranian representatives slated next week if a return to the original deal becomes impossible. The recent statements by European and the Chinese expressing concerns about the possible fallout of nuclear weapons in the region in a welcome step.   The recently signed ‘Abraham accords’ successfully demonstrates that historical enemies can come together at least cooperate if provided enough incentives. America on its part being the ‘wielder’ can effectively use those to not only bring back Iran on the table but also attempts to ease tension between its allies in the region and Iran. A stable middle east could act as a bulwark in future against Beijing.

With little appetite for conflict post-Afghanistan, a rapprochement is in everyone’s interest. The talks in Vienna could spell doom or bring a new day in international negotiations, JCPOA or JCPOA-II, a mutually agreeable, negotiated deal is in the interest of the world. Both Iran and the US have things to lose and gain-what they choose remains to be seen. The dilemma of damned if they do, damned if they don’t is complex, the unravelling of this in Vienna will have ramifications for years to come.