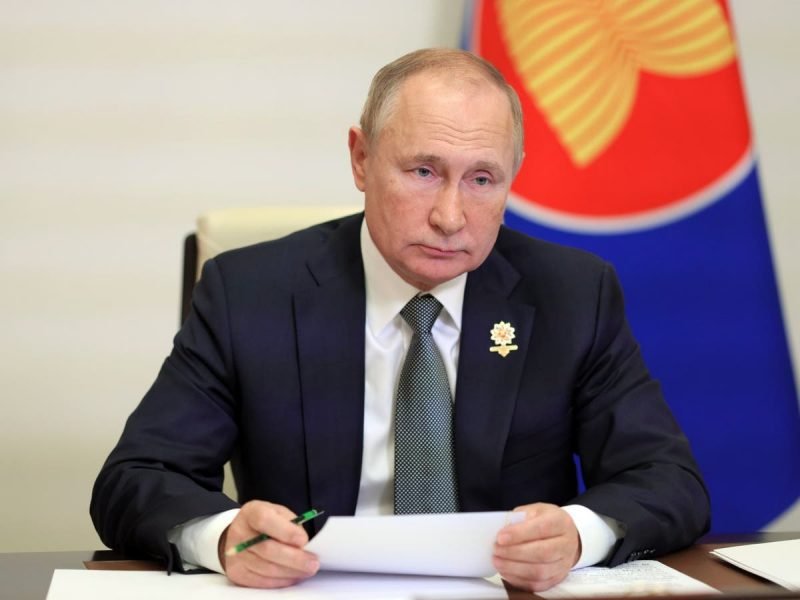 Russian President Vladimir Putin said in an interview broadcast on Sunday that he had rejected a defence ministry proposal to hold snap Black Sea military drills in response to NATO activity because he did not want to escalate tensions in the region.

Russia has complained about what it has called a dangerous increase in military activity by the United States and its allies in the Black Sea region with greater Western spy plane activity, more strategic bombers flights, and the presence of two U.S. warships.

Some of the activity has been taking place in the vicinity of Crimea, the Black Sea peninsula which Russia annexed from Ukraine in 2014 and which Kyiv wants back.

Tensions are also high over what U.S. officials have called a worrying Russian military build-up near Ukraine and a migrant standoff between Belarus, a close ally of Russia, and the European Union.

In a state TV interview published on the Kremlin website due to be aired late on Sunday, Putin said he did not want to fuel tensions in the Black Sea area.

“I should say that our Defence Ministry had a proposal to hold our own snap drills in those waters. But I believe that would be pointless and that there is no need to further add to tensions there,” Putin said.

“So the defence ministry is limiting itself to escorting (NATO) jets and ships,” Putin told the Rossiya-1 channel.

The United States has said its warships are in the Black Sea to enhance collaboration with NATO allies in the region.

“The United States and their NATO allies are really holding unplanned, I want to highlight it, unplanned drills in Black Sea waters,” Putin said.

“…This is a serious challenge for us.”