The Inanity of Pakistan’s ‘Good’ versus ‘bad’ Taliban plot 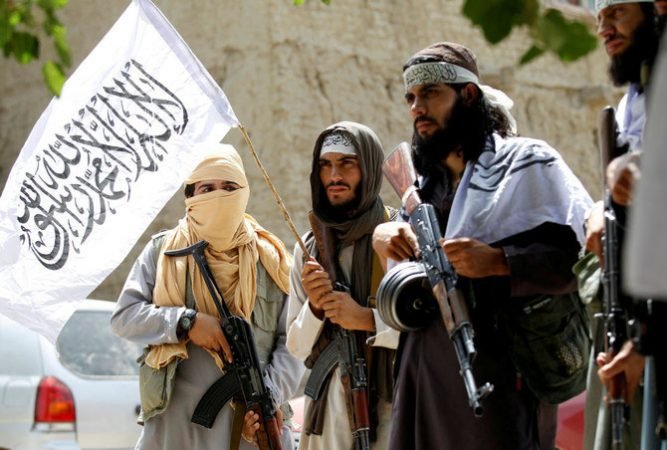 Twenty years after 9/11, atop the Presidential Palace in Kabul, the Taliban flag flies high. In one of its first acts after returning to power the Taliban released over 2,300 terrorists from various prisons across

Afghanistan, including several top commanders of Tehreek-e-Taliban Pakistan (TTP), al-Qaeda and Islamic State. Last week Pakistan Prime Minister Imran Khan revealed, “some of the Tehreek-e-Taliban Pakistan (TTP) groups want to talk to our government for peace, for some reconciliation, and we are in talks with some of the groups,” adding that “Afghan Taliban are also helping our government in this process.” The TTP, alternatively referred to as the ‘Pakistani Taliban’ has a stated aim to overthrow the government in Islamabad by waging a violent military campaign against the state. It maintains ties with several other terror outfits, including but not limited to al-Qaeda.

Pakistani establishment’s policy toward terror groups is marked by its persistent acquiescence to safe havens for the Afghan Taliban, the Haqqanis and other militants that target India. This policy is espoused on the premise of a “good Taliban” versus the “bad Taliban” which tries to convince the international community and its domestic audience that there are distinctions between jihadist groups and that not all Taliban are terrorists. This distinction is Pakistan’s self-created scale to differ between those terror groups that target it, and those that can be controlled by the ISI to fulfil their geostrategic objectives. By this same logic, Pakistan Prime Minister Imran Khan is now hoping to reach some sort of agreement with the ‘Good Taliban’ and has said his government was in talks with the terrorist outfit Tehreek-e-Taliban Pakistan (TTP) on the reconciliation process. Imran Khan hopes that the Tehreek-e-Taliban Pakistan (TTP) which has been attacking Pakistani forces and orchestrated the Peshawar school massacre in 2014, will surrender their arms to the Pakistan government and turn a new leaf. He claims that for this to happen, he is taking the help of the “good” Taliban and the Haqqanis; “TTP is made up of different groups and we are in talks with some of them to surrender and reconcile,” he told TRT World. But the fact is that it is difficult to distinguish between these abstract categorizations of good or bad within the Taliban.

True to its nature, while Imran Khan claimed the beginning of talks, the Tehreek-e-Taliban Pakistan announced the killing of seven Pakistani soldiers and capturing four on October 2, 2021. It has followed this up with further attacks on the Pakistan army. In its statement, the Pakistani military said the attack took place in the Spinwam area of North Waziristan. The TTP claimed responsibility in a statement, saying it had ambushed a “raiding party” in the area. TTP operates in the tribal belt bordering Afghanistan. Around 6,000 TTP terrorists are said to have sanctuaries in Afghanistan’s east and west, besides the border with Pakistan. In keeping with his typical inanity Imran Khan told TRT World news channel, “Yes, we forgive them and they become normal citizens.” To a question on why the TTP was conducting attacks on Pakistan’s security forces when they were in talks with the government, he said it was just a “spate of attacks.”

The universal cheerleading for the Taliban’s triumph in Pakistan exposes the extent to which the pro-Taliban Islamist rhetoric has been engraved in Pakistan. Imran Khan likened the Taliban takeover of Afghanistan on August 15, as “breaking shackles of slavery,” even calling the 9/11 mastermind Osama bin Laden a “shaheed” (martyr). The Taliban maintains ties with several other terror outfits, including but not limited to al-Qaeda. Not merely a group the Taliban is ‘calling’ developments in Afghanistan have emboldened terror groups across the region. Since the Taliban won back control of Afghanistan Terror attacks in Pakistan have increased with 35 terror attacks that killed 52 civilians in August alone, the highest since February 2017. Despite these realities, Khan’s government is making efforts to reach out to the TTP under the misguided policy of “good Taliban” versus the “bad Taliban.” Pakistani Interior Minister Sheikh Rashid claimed “We know who is good and who is bad,” adding that it is not appropriate to fight with those who surrendered to adopt peaceful lives. “[The] US signed the deal relating to [the] withdrawal of US troops from Afghanistan but not us,” he added. Regarding the peace talks TTP head Noor Wali Mehsud has said in a statement, “The TTP has not declared a ceasefire anywhere. Therefore, the Mujahideen of Tehreek-e-Taliban Pakistan (TTP) should continue their operations. Our policy regarding meaningful talks is clear.” A report in Pakistan Today quoted TTP spokesperson Muhammad Khurasani as saying that the militant outfit is not looking for a peace agreement with Pakistan. in a statement Khurasani said, “Tehreek-e-Taliban Pakistan has never announced a ceasefire,” describing it as an “organised movement” with “no fissures or factions and that “TTP fighters should continue their attacks wherever they are.”

The Islamic State in Khorasan (IS-K) an offshoot of the Islamic State group, makes for a curious facet. It presents itself as an even more hardline Islamist group than the Taliban. The current spate of attacks in Afghanistan orchestrated by the IS-K gives the impression that given a choice, the Taliban is a more valid actor and a worthy counterweight to the IS-K. Under former President Ashraf Ghani Afghanistan was part of the US’s Global Coalition against ISIS i.e., IS-K. but to assign legitimacy to the Taliban a clever narrative is being crafted to portray that it was in combined operations against IS-K with the US. In fact, the Taliban and IS-K have deep connections. Taliban defectors formed IS-K and it has close connections with the Haqqani group. For instance, Taliban commander Qari Hekmatullah who pledged allegiance to IS-K in 2016 facilitated the Islamic State’s expansion in Jowzjan through his networks. Both groups share the same ideology and seek to recreate a strict Islamic caliphate. Taliban 2.0 itself has not acted in any way to reassure the international community, that it is a more rational version of itself. It made no effort to negotiate with the Afghan political elite and other tribal factions for any power-sharing structure. Taliban unilaterally declared themselves to be autocrats of their Islamic Emirate. Pakistan considers the return of the Taliban to power in its long-term interest. But this does not necessarily make Pakistan immune to attacks from the Taliban. There are elements within the group that are inimical to Pakistani’ influence, and to presume that a radical group and all its extremist affiliates can be persuaded to toe the line on a negotiated peace is inane.