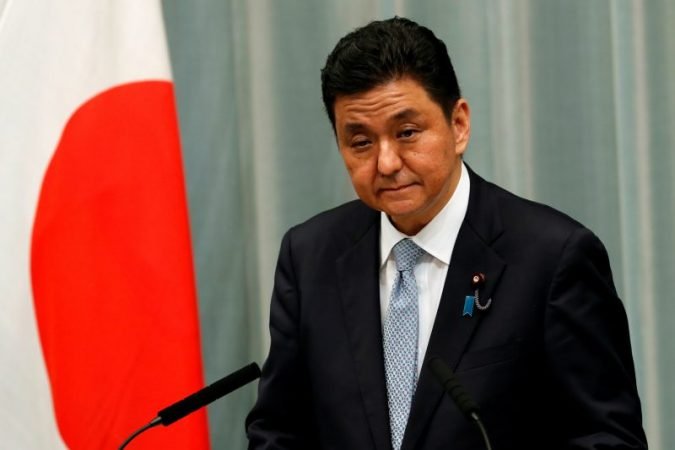 Japan hopes tension between China and Taiwan will be resolved peacefully through dialogue, Defence Minister Nobuo Kishi said on Tuesday, adding that his ministry would keep an eye on the widening military imbalance between Beijing and Taipei.

The comment came as Taiwan’s premier said the island needed to be on alert for China’s “over the top” military activities, a day after 56 Chinese aircraft flew into Taiwan’s air defence zone in their largest such incursion.

“It is Japan’s consistent stance that we hope the issue surrounding Taiwan will be resolved through direct dialogue between the party involved,” Kishi told a news conference.

He retained his post in a cabinet formed on Monday by new Prime Minister Fumio Kishida.