The Swedish Approach To Covid-19 And The Questions It Raises 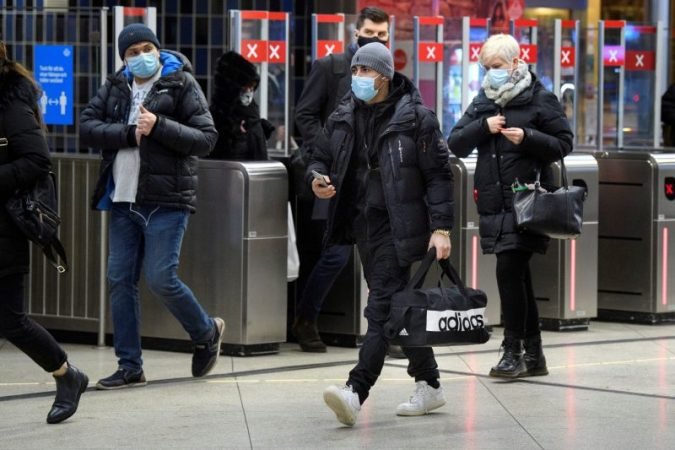 What exactly is the “Swedish approach” to the ongoing Covid-19 pandemic? How different is it from the global approach? Since March 2020, the Swedish response to the Covid-19 pandemic has been based on an appeal to individual responsibility (as opposed to top-down public health measures, such as curfews, lockdowns, or mask mandates, imposed globally). While some observers see this as a sign of the Swedish state’s faith in its citizens, others see it as a blatantly careless approach. The latter even go so far as to say that the Swedish approach represents a “substantial neglect to cooperate internationally.”

Sweden’s approach, characterized by its decision to eschew strong public health mandates, has been the subject of interesting debate. That the approach is widely framed as a “refusal” to impose lockdowns shows that Sweden’s response is not seen as a viable alternative to tackle the pandemic. The international reaction to Sweden’s approach in turn requires us to ask if lockdowns and strong mandates are indeed the only way to tackle surges in the pandemic.

Asking this question is not to suggest that lockdowns are unnecessary and excessive; in fact, one can ask this question and be critical of Sweden’s approach at the same time. More importantly, given Sweden’s unwavering commitment to their highly criticized approach, it is necessary to examine their response to the pandemic to see if it can present an alternative to tackling future waves of the Covid-19 pandemic. By extension, examining Sweden’s approach will also help public health experts to develop the repertoire of measures we can draw from to tackle similar pandemics in the future.

This is especially important since lockdowns and mandates do not automatically guarantee positive outcomes. For instance, let’s consider the devastating consequences of the second waves in the US and India, two countries that had imposed lockdowns and other stringent public health measures (to varying degrees of public compliance). Despite strict measures, cases and deaths per capita are higher in the US and India compared to Sweden. Therefore, examining Sweden’s approach also requires us to examine the shortcomings of top-down measures imposed in several countries. More on this shortly.

However, for reasons listed below, we must also modify the above question as “Should Sweden have imposed strict top-down measures, including temporary lockdowns, to control the pandemic in its early stages?”

The modified question is more apt since vaccine coverage has reached encouraging proportions in Sweden, as it has in several first world countries as well as some developing countries. Given this, there might be little need for stringent shutdown measures in regions with high vaccination rates. This is of course not to say that the pandemic is well and truly behind us. Vaccine hesitancy, poor vaccine coverage, vaccine hoarding and the resultant shortage of doses in developing countries remain significant problems. For instance, as of September 10, 2021, though 41.8% of the global population has received at least one dose of a vaccine, only 1.9% of people in low-income countries have had at least one dose. As of the same date, Sweden has fully vaccinated 59.9% of its adult population, which is around 6.13 million doses. In total, the country has administered 13.1 million doses.

These numbers, coupled with the efficacy of vaccines in terms of preventing serious illness and deaths among the healthy as well as vulnerable, may mean that Sweden has put itself in a position where it could no longer be pressured by other countries to issue strict mandates, including lockdowns. That is, unless a new variant escapes immune protection and turns out to be extremely contagious or deadly. In effect, examining Sweden’s approach today means examining whether strict public health mandates might have reduced deaths in the country during its first and second waves prior to vaccine rolluts.

Comparing Sweden With Its Nordic Neighbors

In the paper cited above, Lindstrom highlights the effects lockdowns and other mandates had on death rates in Denmark (a better case for comparison) and compares it with Sweden’s death rate. He shows that though the per capita death toll did not differ between Denmark and Sweden for a period of three weeks after Denmark had imposed restrictions in mid-March 2020, “by the end of June 2020 the number of deaths with COVID-19 was 5310 in Sweden (10.3 million inhabitants), 605 in Denmark (5.8 million inhabitants), 249 in Norway and 328 in Finland.” By March 2021, the number of deaths in Sweden had risen to 13,146, whereas deaths in Denmark stood at 789. Even Finland and Norway, Sweden’s Nordic neighbors, experienced lesser deaths per capita, and this is attributed to the imposition of lockdowns and stringent public health measures.

Unlike in other parts of the world, Sweden’s public mobility rate and leisure activities did not decrease significantly in 2020, and this is linked to Sweden’s high mortality rate relative to other Nordic countries. On the other hand, Sweden’s Nordic neighbors have done significantly better at controlling the pandemic. Indeed, lockdowns in these Nordic countries produced better results than in the US and India. In effect, this either means that Sweden’s Nordic neighbors have been better than the US and India at imposing lockdown measures and mandates, and that their citizens were more compliant than their American and Indian counterparts. This reinforces that lockdowns and strict public health mandates do not guarantee positive outcomes since public compliance has proven difficult to achieve in the time of a pandemic.

The US and India may not be the best countries to compare Sweden with; they are after all significantly more populated than Sweden, and public compliance to mandates issued in the US and India varied greatly. However, both the US and India are also examples of countries that could not limit the number of avoidable deaths and serious cases despite imposing lockdowns.

The trouble with lockdowns is that they can also be imposed as merely reactive measures. When they are reactive, they are almost always too late, which means even a two-week complete lockdown (the duration prescribed for the Covid-19 pandemic) might not be enough to contain a surge. This was indeed the case with India’s tragic second wave; major cities and centers were locked down for over two months until July, 2021, resulting in severe damage to livelihoods and vulnerable populations. Put simply, it took more than a two-week period for India’s massive caseload to show signs of plateauing, and the longer duration was due to failed containment measures and poor governance leading up to the second wave: several states held massive election rallies, which turned out to be superspreaders, and India’s Prime Minister himself was involved in several. The second spell of lockdowns across the country happened too late, which led to a tragic collapse of healthcare facilities and severe shortage of oxygen.

In an ideal world, lockdowns should be used to buy healthcare professionals and other frontline workers time, to prevent or delay the collapse of essential infrastructure. Reactive lockdowns are especially crippling when they are imposed to address surges that could have been avoided, or at least limited with proactive preventive measures, which include innovative, proactive messaging to keep citizens informed and motivated.

As epidemiologists urged governments in early 2020, it is better to be over-prepared than to find oneself unprepared for a surge in serious illness and deaths. The absence of proactive monitoring, containment, honest communication, and meticulous preparation necessitated reactive lockdowns in several countries. This is of course not to say that countries should not have closed down; on the contrary, shutting down a country is a way of buying invaluable time in order to establish infrastructure for proactive containment. It is a time to educate the general public about the necessity of rethinking our approach to public life in the time of a pandemic. If done right, a proactive lockdown drastically reduces the need for another lockdown. Admittedly, ensuring public compliance to Covid-appropriate behavior is not an easy task. However, governments should also necessarily include sociological messaging in their public health-related communication. For example, in his work on contemporary sociology, John Macionis argues that if one has rights one inevitably has responsibilities as well. In the time of a global pandemic, governments should find ways to highlight as much, especially since the pandemic has drastically restructured our approach to public life. The resistance to mask mandates in the US is often framed as an issue of civil liberty, that one shouldn’t be forced to wear a mask in public. Public health experts, governments, and sociologists therefore need to find ways to counter these arguments in the form of healthy debate. The resistance to mask-wearing should also serve as a reminder that top-down measures during public health emergencies may not amount to much without public compliance.

Was The Swedish Approach Poorly Thought Out?

Sweden’s Nordic neighbors used lockdowns optimally and proactively. They were able to reduce the number of avoidable deaths and serious illnesses and prevent their healthcare systems from collapsing. Sweden not only did not impose a lockdown; it also did not necessitate mask-wearing. It is thus no surprise that Sweden has been outperformed by other Nordic countries. However, it is argued that Sweden was spared the worst scenario owing to its small population, low population density, and good healthcare. At the same time, the report quotes from a study comparing the trajectory of Covid-19 in Sweden and Italy, and highlights an important caveat: that a similar strategy in Italy “would likely result in a massacre” given its relatively high population. The same report also notes that citizens’ trust in national authorities and institutions also likely played a role in avoiding deadlier outcomes in Sweden. Which in turn reinforces that large-scale responsible behavior cannot be achieved without public trust and compliance.

Dennis Wesley is an independent researcher. His interests include interdisciplinary practices, and he mostly writes about politics, mental health, and academia.