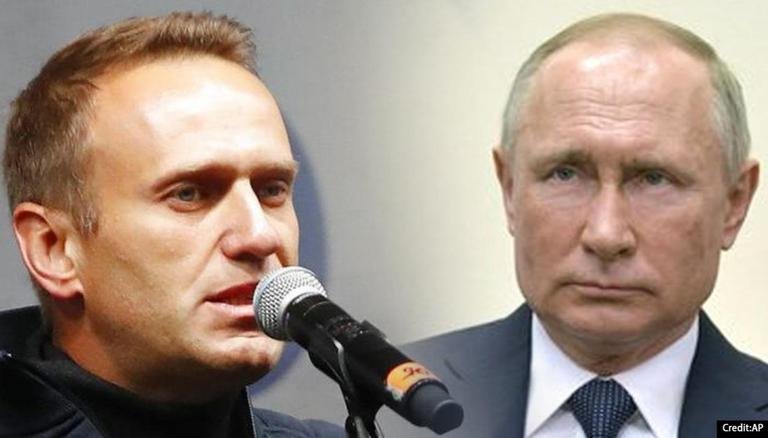 EXECUTIVE SUMMARY: On June 4, Russian president Vladimir Putin signed a law banning “individuals designated as ‘extremists’ from running for public office.” There is little doubt that the legislation is aimed primarily at opposition leader Alexei Navalny, now in prison, and whoever supports him.

According to CNN, a law recently signed by President Vladimir Putin

prevents members of “extremist” or “terrorist” organizations from standing in elections for a period of three to five years… Founders and leaders of designated groups will not be able to run for elected office for five years… Employees or financial supporters of court-ruled extremist and terrorist organizations will be banned from running for office for three years.

The court ordered that the FBK be liquidated and its property transferred into the ownership of the Russian Federation, according to a statement from the Moscow City Court’s press service.

The court’s decision, subject to immediate execution, “also banned the activities of Navalny’s regional political offices around Russia,” which have upheld Navalny’s “smart voting strategy” of supporting candidates not from Putin’s party and which have organized protests in the past.

The ruling has been described by Navalny’s lawyers as part of an “unprecedented crackdown” on his activities. It not only bans his allies from running in elections at every level but also “grants [the] authorities the power to jail activists and freeze their bank accounts,” according to US News & World Report.

All this took place a week before the Putin-Biden summit.

Tatiana Stanovaya, a political analyst at Carnegie Moscow, told CNN that “the law threatens not only opposition politicians but ordinary Russian citizens.” She said,

The law is part of a larger campaign against anti-regime behavior in Russia… The battlefield has become much larger. Now even a Russian citizen who participates in protests, retweets an opposition post or donates to opposition groups faces the risk of prosecution.

Navalny was imprisoned in January upon his return to Russia from Germany, where he had been recovering from poisoning with the nerve agent novichok, with which his underwear had been tainted at a hotel in Tomsk. Navalny asserts and has sought to prove that his poisoning was ordered by agents of Putin.

Immediately upon his return to Russia, he was imprisoned for having failed to attend parole hearings while convalescing from the poisoning in a German hospital. He spent part of his convalescence in a coma.

The main reason for keeping Navalny incarcerated may well be to make sure the popular leader remains isolated and unable to get involved in organizing opposition to Putin’s United Russia party ahead of the elections. Russia’s decision to crush all political opposition seems a clear indicator of the degree to which Putin fears Navalny and his influence over the Russian electorate—despite the facts that United Russia is the country’s ruling political party and has constituted the majority in the chamber since 2007, and that Navalny is in prison and in ill health.

At Putin’s June 16 summit with President Biden in Geneva, he either ignored questions from the American press about Navalny’s condition or discussed the situation without mentioning him by name.

Putin deflected criticism of his crackdown on dissent by wrapping a justification for his own brutal repression inside criticism of the US. He cited the actions in the US by the Black Lives Matter movement and the disarray at the Capitol on January 6: “We saw disorder, destruction, violations of law. We feel sympathy with the USA, but we don’t want that to happen on our territory.”

In an interview with NBC before the summit, Putin said he could not guarantee that Navalny would be released from prison alive:

Look, such decisions in this country are not made by the president. They’re made by the court whether or not to set somebody free.

As far as health, all individuals who are in prison, that is something that the administration of the specific prison or penitentiary establishment is responsible for. And there are medical facilities in penitentiaries that are perhaps not in the best condition.

According to the Guardian, “Putin maintained his longstanding avoidance of saying Navalny’s name, referring to him as ‘that person’. He said he hoped the jail medical service would do its job ‘properly’ but added: ‘To be honest I have not visited such places for a long time.’”

Biden responded to Putin’s comments by saying, “Navalny’s death would be another indication that Russia has little or no intention of abiding by basic fundamental human rights… I made it clear to him that I believe the consequences of that would be devastating for Russia.” He added, “What do you think happens when he’s saying it’s not about hurting Navalny, all the stuff he says to rationalize the treatment of Navalny, and then he dies in prison?… It’s about trust. It’s about their ability to influence other nations in a positive way.”

Navalny’s death might be a setback for US-Russian relations, whether Putin believes it or not. The US is preparing new sanctions against Russia for Navalny’s poisoning. According to US National Security Adviser Jake Sullivan, “We are preparing another package of sanctions to apply in this case… It will come as soon as we have developed the packages to ensure that we are getting the right targets.”

No matter what Putin says, he seems—at least for now—to have instructed his underlings to keep Navalny alive in prison. If Navalny is lucky, he might even be released in September—after the Russian election, which Putin’s United Russia party is expected to win easily.

After the summit with President Biden, Putin defended the court ruling against Navalny “extremists” by claiming that Navalny’s group had shared instructions on how to make firebombs. This allegation was denied by Navalny’s legal team, who announced that in the ruling, there was no mention of firebombs.

Another seemingly false accusation came from the judge who presided over the “extremists” ruling. Reuters wrote:

According to the judge, individuals associated with the Anti-Corruption Foundation and Navalny’s headquarters used Nazi paraphernalia and symbols in their activities… But no actual link between the individuals and Navalny’s organizations was established by the Prosecutor’s Office, the lawyers said.

These manufactured accusations are apparently being used to support Putin’s claim that supporters of Navalny’s organizations are dangerous people who must be barred from ever running for office, as should anyone who helps or contributes to their organizations.

A number of Russian opposition politicians have already been barred from taking part in elections or been persecuted for their support for Navalny or other pro-democracy groups.

In mid-June, Navalny wrote on Instagram: “The process was held behind closed doors, and I myself did not participate in it. Even though we demanded it, I was not even invited.” The Russian courts, Navalny wrote, are a “laughingstock.”

Jiri Valenta is a non-resident senior research associate with the Begin-Sadat Center for Strategic Studies and a member of the US Council on Foreign Relations. He previously taught Soviet and East European Studies at the US Naval Postgraduate School and is the author and editor of several books. || Leni Friedman Valenta has written articles for the Begin-Sadat Center for Strategic Studies, the Gatestone Institute, Circanada, The National Interest, Aspen Review, and other publications.