In ‘pain and anger’, Pentagon looks to lessons of 20-year war 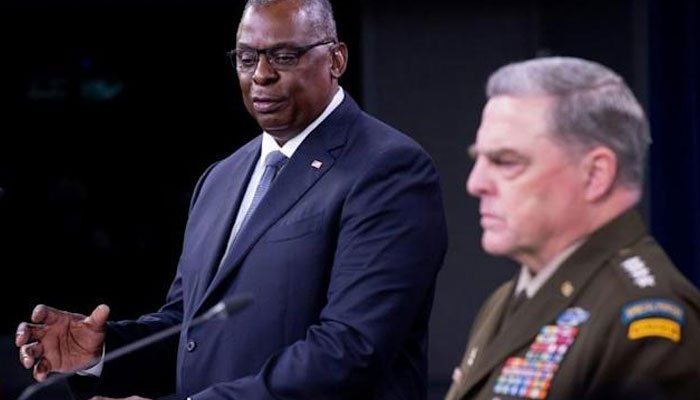 US defense chiefs said they felt pain and anger Wednesday and would humbly study the lessons of the Afghan war after leaving the country under control of the Taliban, whom they fought for 20 years.

In their first public appearances since US forces departed from Afghanistan on Monday, Defense Secretary Lloyd Austin and Joint Chiefs Chair General Mark Milley reflected somberly on a conflict that took the lives of 2,461 American troops, including 13 in the final days of the airlift at Kabul airport.

“These have been incredibly emotional and trying days, and indeed years,” Milley said.

“We are all conflicted with feelings of pain and anger, sorrow and sadness, combined with pride and resilience,” he said.

Austin acknowledged the outpouring of intense feelings about the war that began with the removal of the Taliban from power in late 2001, with many criticizing the withdrawal now, and others questioning why it did not come years earlier.

“I know that these have been difficult days for many of us. And as we look back as a nation on the war in Afghanistan, I hope that we will all do so with thoughtfulness and respect,” said Austin.

“We shouldn’t expect Afghan war veterans to agree any more than any other group of Americans. I’ve heard strong views from many sides in recent days. And that’s vital. That’s democracy,” he said.

The war began in late 2001 after Al-Qaeda, based in Afghanistan and protected by the Taliban government, launched the September 11 attacks that killed 2,977 people in a single morning.

But it went beyond striking back at Al-Qaeda to trying to build a new country and fighting to prevent the Taliban from retaking power, which they ultimately did on August 15.

“As we always do, this department will look back, clearly and professionally, and learn every lesson that we can,” Austin said of the result, without characterizing it as a “loss” or “defeat.”

Milley said there are many tactical, operational and strategic lessons to be learned.

“How we got to this moment in Afghanistan will be analyzed and studied for years to come. And we in the military will approach this with humility, transparency and candor,” he said.

Milley also suggested it was “possible” that the United States could work with the Taliban in the future to counter the Islamic State-Khorasan group that carried out the suicide bombing on the perimeter of Kabul airport that took the lives of 13 US troops.

Austin praised the airlift that took more than 120,000 people out of Kabul in just two weeks, fleeing the restored Taliban rule.

He said he planned to travel to the Gulf region next week, where allies Qatar and others supported the US evacuation operations and are taking in some Afghan refugees.

“Now, as one mission ends, others must go on,” said Austin.