A third of global tree species threatened with extinction 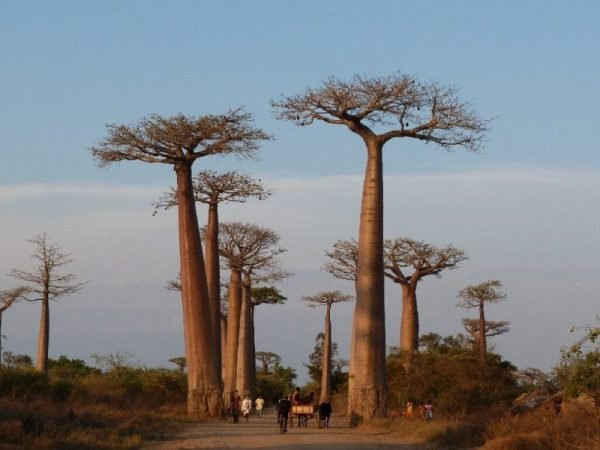 Around a third of all the world’s tree species are threatened with extinction, according to a global index published Wednesday, warning that climate change could tip some forests into ecosystem collapse.

Land clearance for farming — both crops and livestock — and logging are by far the biggest threats to trees, the State of the World’s Trees report said, adding that climate change was also “having a clearly measurable impact”.

The study looked at the risks to 58,497 tree species worldwide and found that 30 percent (17,500) are threatened with extinction, with a further seven percent listed as “possibly threatened”.

For 21 percent of species there was not enough data for an evaluation, and just over 40 percent were listed as “not threatened”.

Well-known trees such as magnolias were among the most threatened, while oaks, maples and ebonies were also deemed at risk.

Some 142 tree species were found to be extinct, and more than 440 have fewer than 50 individual trees in the wild.

“Many tree species are on the brink of extinction, some represented by one last living individual,” said Jean-Christophe Vie, Director General of Fondation Franklinia, in a foreword to the report.

He said it was “shocking” that deforestation rates remain so high, given the crucial role that trees play — providing habitat for a huge proportion of the world’s animals and plants, slowing climate change by absorbing carbon, and providing ingredients for medicines.

Brazil, home to large swathes of Amazon rainforest that is increasingly under threat from massive agricultural expansion and logging, has the most tree species (8,847) and also the largest number of threatened trees (1,788).

But the highest proportion of threatened species was found to be in tropical Africa, especially in islands like Madagascar and Mauritius where 59 percent and 57 percent of tree species respectively are threatened.

The report also raised concerns that the destruction can cascade across ecosystems affecting communities of trees.

Forest ecosystems can collapse when they are subjected to multiple stressors — like fire, logging and the break up of habitat — that have the potential to interact and “drive abrupt ecological change”, the report said.

“However, climate change has the potential to become the principal driver of collapse in most, if not all, types of forest ecosystem,” said Adrian Newton, Director of Conservation Ecology at Bournemouth University, in the report.

The impacts of a changing climate and severe weather — listed as a direct threat to more than a thousand species — include shifting habitats, increasing storms and floods, as well as more fires, pests and disease.

The five-year assessment was coordinated by Botanic Gardens Conservation International and specialists from the International Union for Conservation of Nature (IUCN), which holds a key biodiversity conference in France this week.

Vie said that the strong focus on restoring forests to mitigate the effects of climate change was a “huge opportunity to change this dire picture”.

But he said it was crucial to make sure the right trees are planted in the right places.

“Tree species that have evolved over millions of years, adapting to changing climates, can no longer survive the onslaught of human threats,” said Vie.

“How short-sighted are we to allow the loss of tree species on which global society is ecologically and economically dependent. If we could only learn to respect trees, undoubtedly many environmental challenges would greatly benefit.”