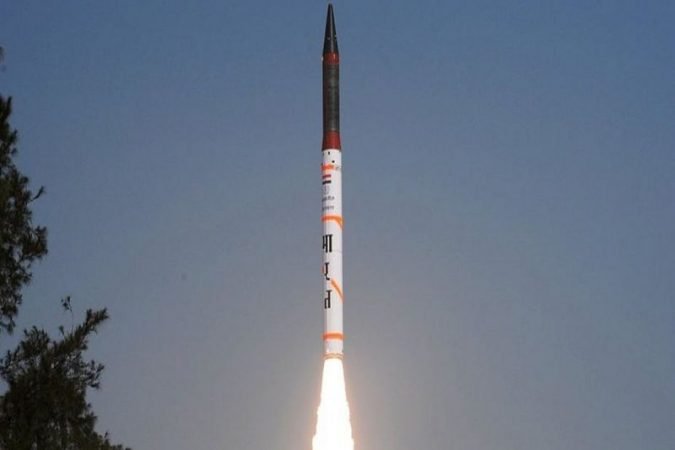 The popular film series, Star Wars, taught us, even a long time ago in a galaxy far, far away[1] humans are drawn to conflict. Conflict over power, resources and sovereignty. Space as a battleground has become more accessible and woven into the international community. Nation-states have resorted to owning their satellite programs. There is an increasing number of examples of how space is being milked for security and possible cooperation amongst member states[2]. The fascination with the cosmos can be traced across cultures, with Indian scriptures using the positioning of celestial objects to predict the future, and Egyptian societies finding correlations between the appearance of the Orion constellation and floods. Today, the global community is embracing new laws, regulations along with a fresh set of state-imposed internal security systems.

This article explores the advances in space initiatives by India that are a clear symbol of the country’s futuristic technology planning and abilities as a growing regional power. Additionally, this article analyses India’s strategic interest in space.

A powerful documentary ‘WAR IN SPACE – The Next Battlefield’ by CNN[3] chronicles the series of threats perceived by America that very well harbour the possibility of a space war shortly, taking Ghost Fleet as the entry point for this discussion. Space provides the US with an edge over other countries, aiding them in surveillance and military expeditions, thereby solidifying their power. This dependence on space, however, leaves them more vulnerable to cyber-attacks Recent space technologies tested by China further solidify the threat, especially since China destroyed one of its defunct satellites in 2007, proving that it possesses a ground-based missile that can target satellites in low-Earth orbit. The US Defence Intelligence Agency also confirms the sighting of Kamikaze satellites, which look like space debris but are capable of throwing other satellites off their orbits, and Kidnapper satellites, whose name is self-explanatory – essentially acting as Trojan Horses in space.

The military personnel, according to the documentary, are convinced that a war in space is “an inevitability over time”, however, the American valour refuses to give in, saying that it will “strike back” if attacked. Although the US Strategic Command claims that they have “not weaponized space unlike their adversaries”, they are setting up mechanisms in place, currently testing space drones and cube satellites wherein offensive capabilities may be developed in future. However, this fact-fiction integration tends to get confusing at times, clearly painting China as the antagonist and America as the hero.

Hence, a war up above the world will spell catastrophe, not just for the US, China or Russia, but for the entire world alike. With such a sharp sword hanging over our heads, the solutions proposed by the officials come across as downright insincere and borderline comical, as some US officials continue to believe that a demonstration of military strength and technological superiority will dissuade China from attacking its neighbours[4]. Perhaps that is the intention of this documentary, as now is not the time for hope, for concrete action. Space is a shared resource, and every attack on the resource is an attack on the entire world population. Therefore, concrete solutions must be set in place to ensure that space doesn’t turn into a battlefield in due course of time.

India’s space programs mostly concentrate on commercial and scientific uses of space[5], for example, redeeming barren farmland, metropolitan projects, satellite-based Military Reconnaissance and Surveillance systems- which provided India with sharp military information through satellite intelligence. India had launched its first-ever SAR technology-supported RISAT (from Israel), in the aftermath of the 26/11 Mumbai terror attacks.  In 2019, with the launch of RISAT[6]  (Radar Imaging Satellite) – 2BR1 India has completed a stationing quartet of satellites in space for border protection. The ground-based surveillance structure is connected to India’s remote sensing satellite enabling it to remain hawk-eyed in conflict zones, sudden military mushrooming, neighbourhood border, troop relocation etc.  Currently, India has fifteen operations on Indian Remote Sensing (IRS) satellites. Which are all places in the polar sun-synchronous orbit and render data in various spectral, temporal and spatial resolutions[7]. Although this technology and potential is not brand new to Indian defence forces, the Military surveillance systems have immensely increased India’s ability to invigilate army build-ups in the region amplifying South-Asia strategic balance.

India developed an independent original surveillance satellite post-1999 incursion of Pakistani troops in Kashmir and took them by surprise. Presently, various Indian civilian satellites have resolutions to pass them off as spy satellites. For instance, The Technology Experiment Satellite (TES)[8], released by the Indian Space Research Organization in 2001 can differentiate between details on Earth up to one square meter. ISRO claims, the programmes are civilian oriented, however, the organization has been tempted to use them in the past for military purposes. For example, in 1992 the US government levied trade sanctions towards ISRO for missiles proliferation activities[9].  Which was followed by ISRO Chairman, Dr K Kasturirangan’s comment post the launch of TES- that it will solely be used for civilian purposes which aligns with the Indian security concerns. Ever since then, TES has reached new heights of high-quality imaging as evident from the images of war retrieved from Afghanistan and the movements of Pakistani troops along the geographic border[10].

The Indian satellite intelligence adeptness can pledge to provide efficient military planning, strategic and tactical information especially in the current border stand-off with China. Similarly, the Indian space program is capable of monitoring military facilities falling under arms-control agreements between China and Pakistan. For example, through this system of satellite surveillance, India may opt to reliably launch a conventional attack against Pakistan’s F-16s at their bases. The opponent’s missile forces can be spotted by Indian satellites and launch its first strike. Consequently, such a move by India would weaken Pakistan’s deterrence might and make it more susceptible to a pre-emptive attack of its own.

The commercial employment of Indian space assets technology and availability through the South-Asian region can escalate regional confidence and increase the outreach of enterprises such as the lodged Iran-Pakistan-India gas pipeline and South Asia Free Trade Agreement. Such initiatives boost regional cooperation and deflate regional tensions proffering chances of non-proliferation in the continent. The same can be achieved by regional powers promoting non-proliferation ideals by India thereby birthing prospects of- increases in civil nuclear aid and space cooperation- this can serve as an incentive for fragmenting the existing stockpile and reducing the production of nuclear weapons.

India’s limited resources never punctured it from developing a broad-space program with satellites, control facilities, data processing and indigenous launches. With the introduction of Military Surveillance, India will be able to dedicate separate military satellites which will play an integral role in India’s security interests. This technology will serve as an asset to balancing regional security nitty-gritty, however, it has to meet with clear aims and punctilious policy decisions. Moreover, India can obtain the unique status of enhancing non-proliferation ambitions in South Asia.

The IAF released a blueprint named- ‘Defence Space Vision 2020’ which identified space as the fourth medium in neo-military operations. What India has achieved in terms of outer space research and militarization is no small feat. The India Integrated space cell has delivered tirelessly on furthering space strategy partnering with- ISRO and The Defence Space Satellite Centre. Anti-Satellite weapon to nullify hostile satellites in the lower orbits and tactical space launches such as ICBM is testimony to India’s scientific achievements. However, the Indian study of airspace requires more attention to a separate, coherent grand strategy in space, and a permanent space station to channel out the said strategy to not repeat the existing arms race on earth.

[i]  It is interesting to note that the special effects company in the recent Star Wars trans-ship movies also models for US Airforce, and now US Space force to assist with space domain awareness.  (https://ascmag.com/articles/flashback-star-wars-episode-v-the-empire-strikes-back)

“India has all the building blocks for an anti-satellite capability”. India Today. Archived

Samriddhi Roy is a Researcher at Centre for Strategic Studies and Simulation, The United Service Institution of India